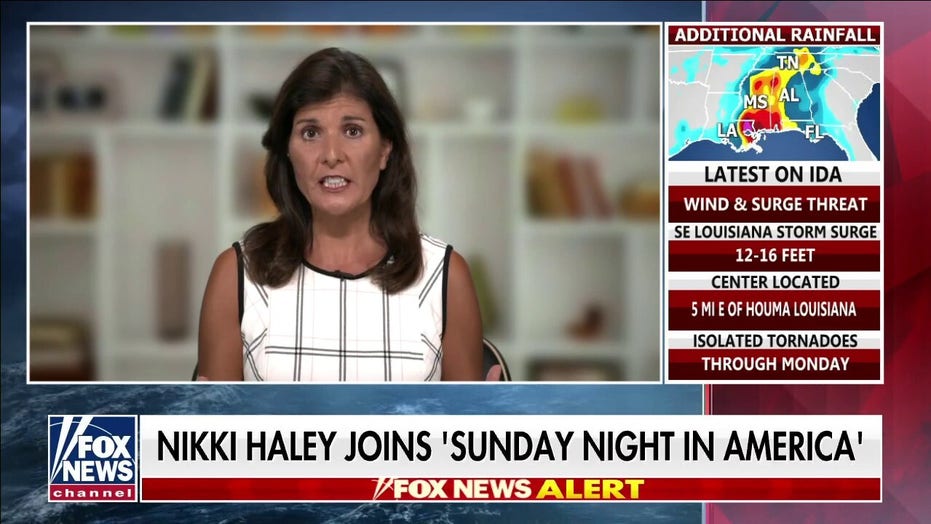 Haley: Biden chose ‘arrogance and speed’ over make sure ‘we are safe’ on Afghanistan withdrawal

Nikki Haley, who called for President Biden’s resignation last week after the deadly attacks near Harmid Karzai International Airport in Afghanistan, doubled down on her earlier comments in an appearance on “Sunday Night in America” over the weekend.

“The situation with Afghanistan is beyond disgusting,” the former United Nations ambassador said. “Look at where we are now, first, the jihadists have a moral victory, that’s for Al-Qaeda and ISIS and Taliban… not just in Afghanistan but in the world. That’s going to allow them to recruit, and allow more lone wolf situations. It will be more dangerous.”

What’s more concerning to Haley, she argued, is “what our allies are saying” behind our back following Biden’s botched evacuation from the region.

“Did you [ever] think that NATO was thinking about doing things without the U.S.?” Haley said, warning that “now our allies are having conversations without us.”

“The fact that the British and French have gone out of their way to get their citizens out and we’re telling our Americans, ‘hey, by the way, don’t come to the airport,’ doesn’t bode well for the country on the international stage,” she said.

“All of this has been catastrophic for America. It is not a good look,” Haley asserted. “It is not a good time, it is not a safe feeling, we have to do something about it — we can’t sit back. We can’t be victims. As a wife of combat veteran the military families are bonded in our sadness because this did not have to happen.”

“Should Biden step down or be removed for his handling of Afghanistan? Yes,” she tweeted. “But that would leave us with Kamala Harris which would be ten times worse. God help us.”