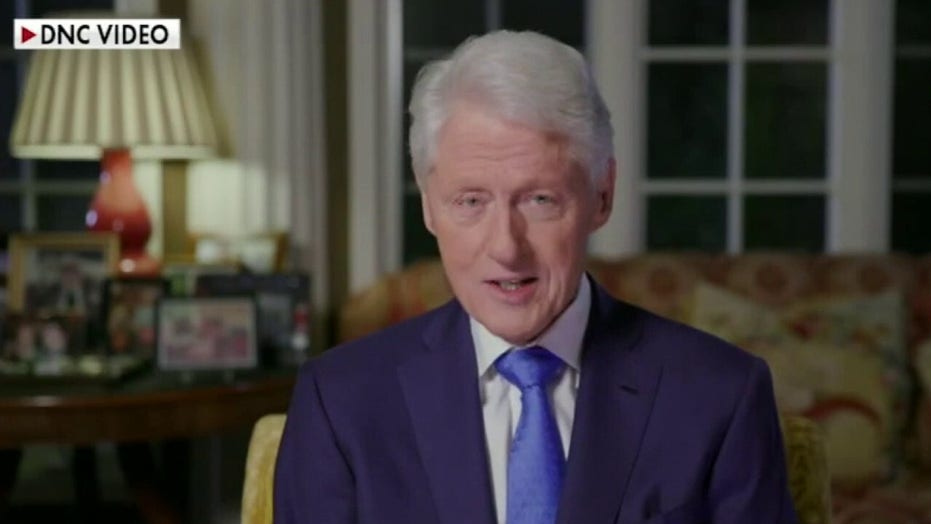 Kurtz: Bill Clinton, once the dominant Democrat, now a footnote at convention

Tuesday night was like watching TV in grandma's basement during a lockdown. Get a big bag of uncooked popcorn and chili as Bill Clinton lectures Donald Trump about proper conduct in the Oval Office.

Former President Clinton said: “At a time like this, the Oval Office should be a command center. Instead, it’s a storm center. There’s only chaos. Just one thing never changes — his determination to deny responsibility and shift the blame. The buck never stops there.”

Yep – the Oval Office should be a command center. To command what? An intern to keep you company? Let’s not forget, the buck didn't stop at Clinton’s desk, and neither did the screwing around. So he lied and lied. Which is hardly a bug in his system when you're chasing skirts instead of terrorists.

How different would the world be? No 9/11. No Afghanistan war. All that blood and treasure expended because a guy couldn't zip it up. Is that a stretch? Probably. Maybe. Who knows? Could’ve happened anyway.

But now you have Dems rabidly blaming COVID-19 deaths on Trump. So everything is on the table, including the waitress.

Sorry, no matter how much Botox you've injected, Bill Clinton lecturing anyone on "conduct" is hard to take with a straight face.

It's like Hillary Clinton lecturing you on honesty. Or CNN denying the existence of media bias. Or Andrew Cuomo writing a book on fighting COVID-19.

Anyway, you see this picture? Look at Bill getting a hands-on experience from an Epstein victim. Now there's a great political ad for Joe Biden, ending with “I'm Bill Clinton and I approve this massage.”