WowWee unveils the most popular toys this holiday season

WowWee’s Vice President of Brand Development Sydney Wiseman discusses how her company is focusing on smaller, more affordable versions of their most popular toys on ‘Mornings with Maria.’

Kris Kringle and his minions might be working overtime, as adults who are considered young at heart – aptly nicknamed "kidults" – are taking the toy industry by storm.

Every leading dictionary defines "kidults" – also playfully known as "adultescents" – as young or middle-aged adults who adopt childlike interests. But because, unlike most children, adults have money, they're contributing a whopping $9 billion to the toy industry this year, despite inflation.

And what, some experts suggest, is at the heart of their costly cheer? Nostalgia.

SOME CHRISTMAS SHOPPERS SPENDING OVER HALF THEIR MONTHLY INCOME ON GIFTS

Several academics have dedicated their studies to the exploration of a phenomenon called "reminiscence bumps," a period of time during which certain age groups have the scientific tendency to become more nostalgic for their pasts. According to group consensus, young adults who reach the age of 25 years old may be most prone to experiencing a reminiscence bump, while those in their late 30s – the age at which more women are now having children – are also trending toward nostalgia.

Young adults who have children may be especially influenced by the trappings of a reminiscence bump. 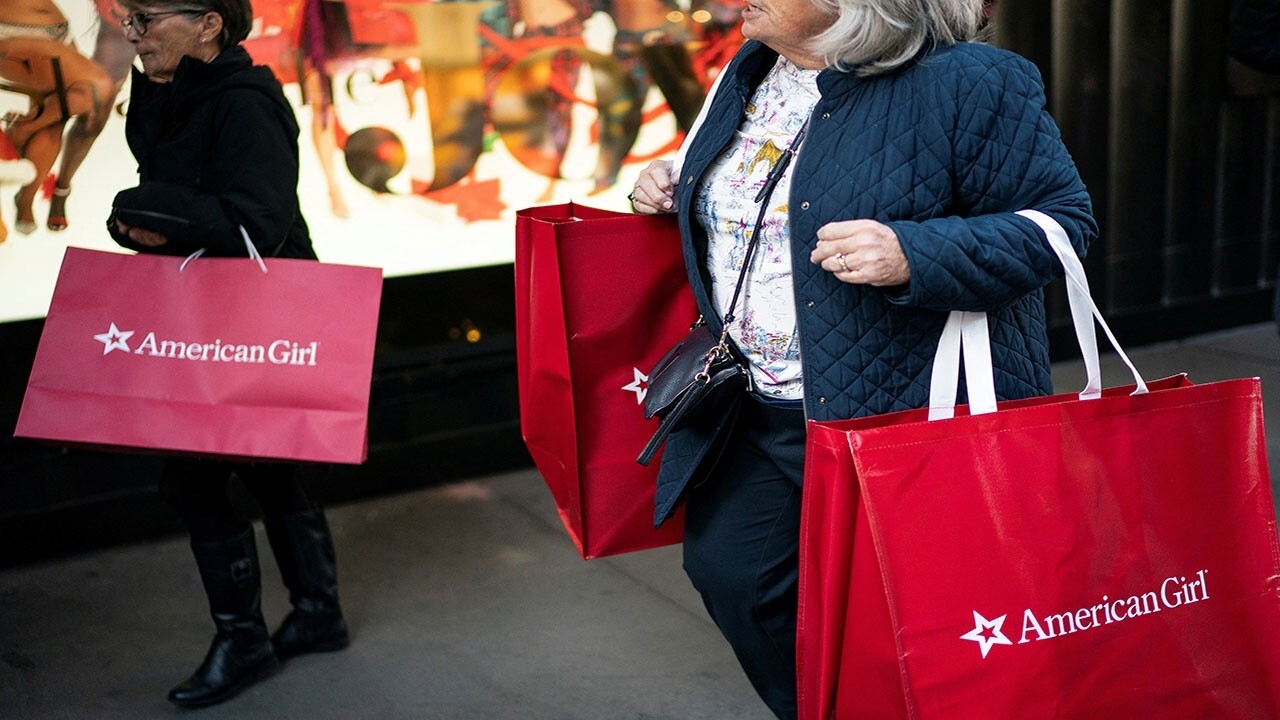 "I have an 11-year-old who likes to tell me that she's into vintage," nationally recognized parenting and lifestyle expert Amanda Mushro told Fox News Digital Tuesday. "In fact, the ‘vintage’ is the stuff that I liked at her age."

"I think when we have kids of a certain age, and they are discovering these toys for the very first time… something that you had as a child and you're like, ‘oh, my gosh, I look, I loved that when I was a kid,’ right?… It's something that you might want to get for them, but really it's for you."

But age isn't the only factor. Mushro cited the height of the ongoing global pandemic as bringing not just parents and children closer together, but also aligning their interests. 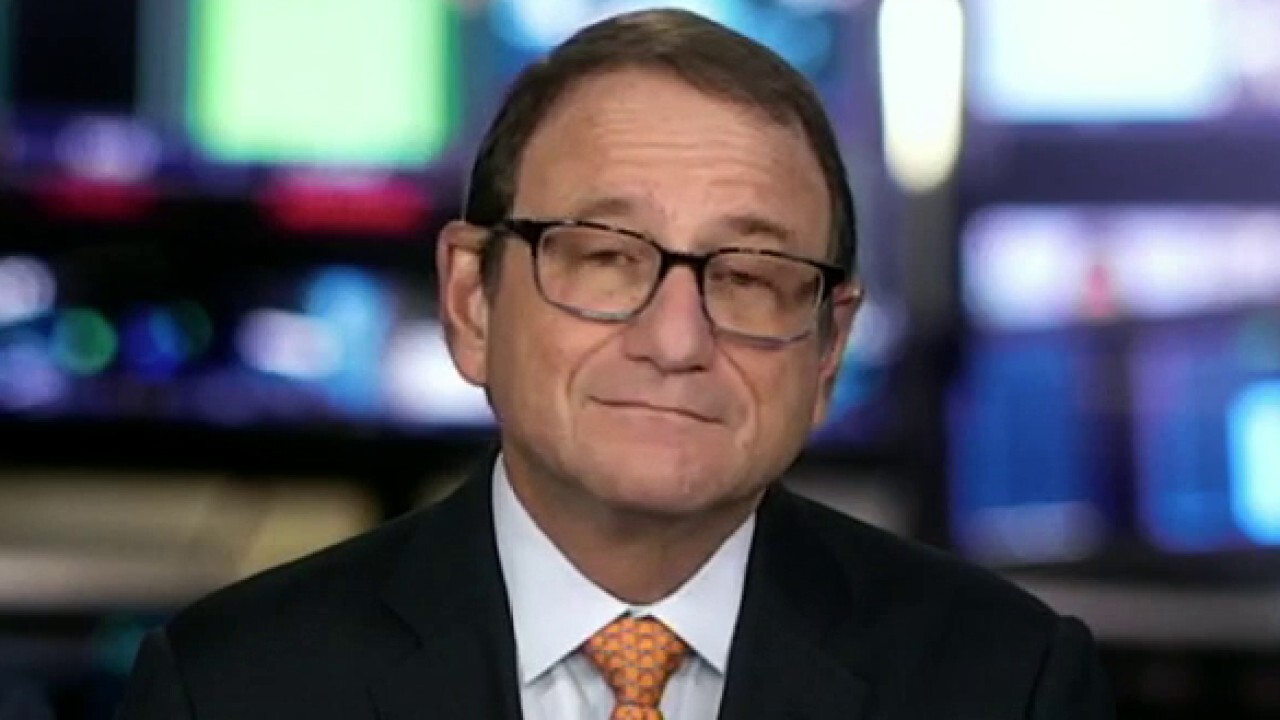 Storch Advisors founder and CEO Gerald Storch discusses how a rail strike would impact the supply chain and inflation ahead of Christmas on ‘Cavuto: Coast to Coast.’

"During COVID, we were playing so much more with our kids, and we're searching for toys, games and puzzles and more activities to keep our kids entertained," Mushro explained. "And so I think for a lot of us, we were searching for all these different items. And then there'll be times when your kids would get up and walk away, and you're still building the LEGOs, or you're still doing the coloring book…"

"So I think maybe we're more aware of what's the on the market now because we were looking for all of these extra activities for our kids, and then we started seeing things that we were interested in," Musho continued, adding that certain toys can serve as more productive outlets for adults over social media and other controversial trends.

"Now, I'm not just scrolling on TikTok for hours, but maybe I'll put together this LEGO set as opposed to just, you know, scrolling,"

AFFORDING GIFTS DURING THE HOLIDAYS HAS BECOME MORE DIFFICULT FOR MANY AMERICANS, POLL FINDS

But manufacturers like LEGO, the largest toy company in the world, aren't just appealing to adults – they're targeting them. 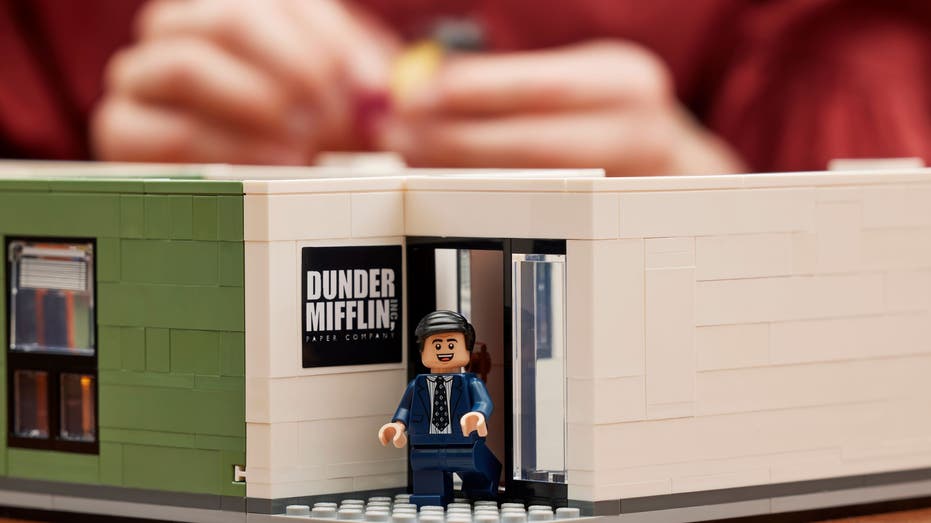 With LEGO lines like "The Office," "Friends," "Avatar," "Harry Potter," and "Star Wars," adultescents can build their own micro-worlds replicating the ones inside which they might have escaped for entertainment during their childhoods.

And LEGO isn't the only one. Companies like Mattel, Funko, Hasbro, and other big names in the business have announced the release of toy lines that specifically target consumers that industry insiders would deem "kidults." 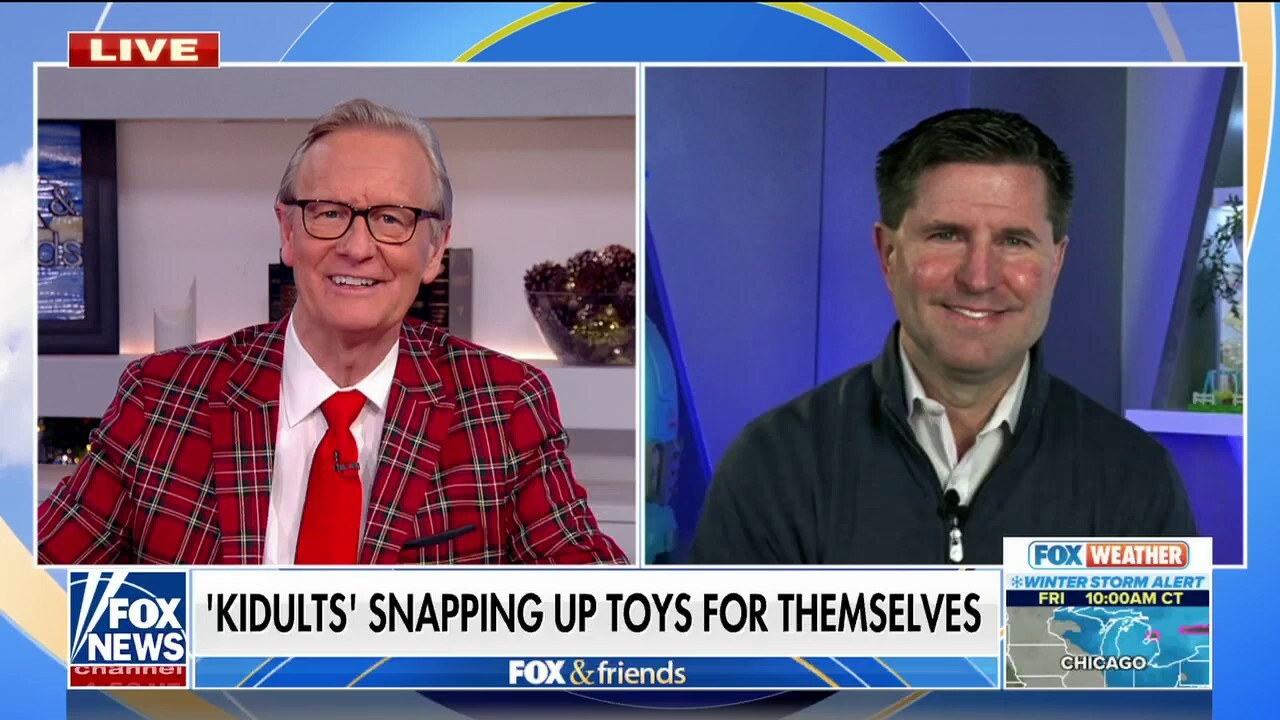 Hasbro President and COO Eric Nyman joins ‘Fox & Friends’ to discuss the increasing number of adults purchasing toys for themselves.

"Here at Hasbro, we have some incredible products from Marvel and ‘Star Wars’… to ‘Magic: the Gathering’… and we certainly see this as a trend we believe will continue for quite some time."

As for whether the trend will continue, Nyman is sure of it.

"We think 2023 is going to be really great for adults who love to buy toys and games for sure. We have a great ‘Dungeons & Dragons' movie coming from Hasbro at the end of March, and I think that's going to lead to a resurgence for that incredible brand. We also are very excited about our partnership with… 'Transformers: Rise of the Beasts,' which is coming to theaters near you in June, and I think that's going to be a real opportunity for fans to connect with that beloved brand of Transformers."

So, it's no wonder reboot culture and callbacks to a simpler time have extended to the realm of toys and games — just as it's no wonder why "kidults" represent 60% of the dollar growth in the toy industry.

But while nostalgia may be a driving force for the growing consumer group, something more daunting is also triggering the trend: stress. 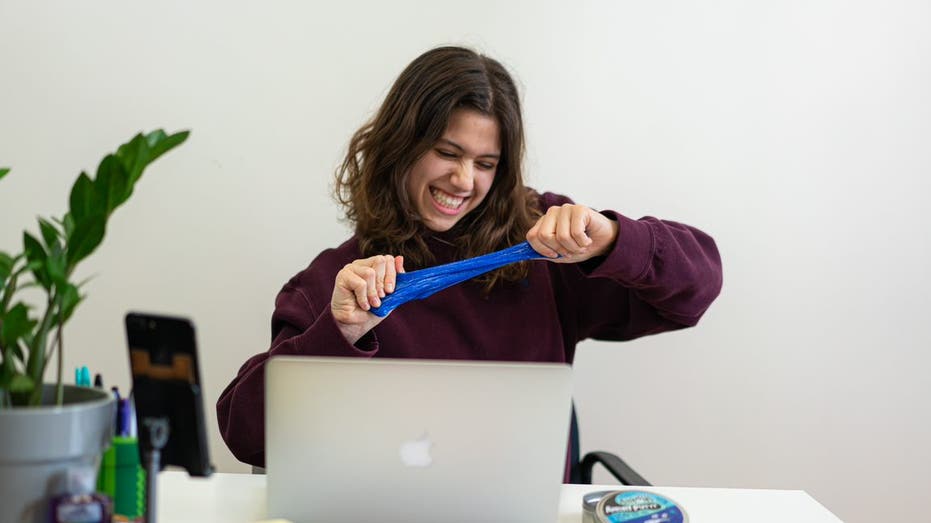 Nearly half the population claims to have trouble sleeping due to stress.

And, according to the American Psychological Association, 38% of people surveyed said their stress increased during the holiday season.

For Aaron Muderick, stress and anxiety in adults is what led him to create Crazy Aaron's Thinking Putty.

"I think, rather than it being a sense of nostalgia and wanting to return to your childhood in a way where you're sort of reliving exactly the same thing over again, it's an adult opening themselves up. That play is something they can continue to do as an adult," Muderick told Fox News Digital Wednesday.

"It's okay for adults to, you know, embrace those fantasy worlds. And I think that is a form of play and that leads to a reduction in stress and anxiety because it's fun." 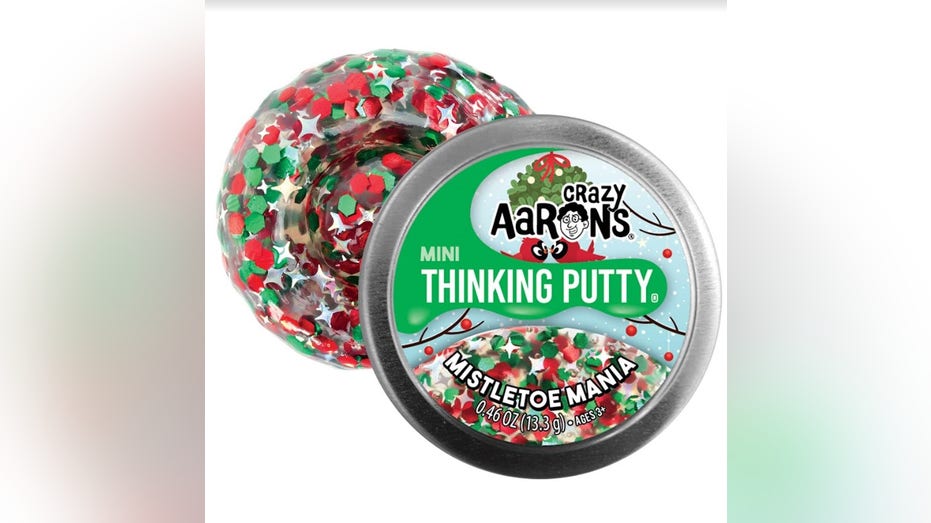 Muderick explained how the introduction of toys and games – specifically putty – into the workplace has helped to increase morale, as he'd seen firsthand at his own consulting company.

"I find that it helps me with my fidget and helps me do my job better and just allows me to be more relaxed. And then we focus on creative work," Muderick added.

“Unlocking play at older and older ages is a great way for our industry to reach more people and connect and bring the kind of creativity, joy and innovation that we work on as an industry to people’s lives.” – Crazy Aaron’s Founder Aaron Muderick

Muderick went on to explain how toys like putty are debunking the common misconception that those who fidget are distracted: "The reality is all of us are capable of sitting still, looking forward and paying no attention at all."

While Muderick's putty has been touted as conducive for the workplace for its silent nature and chemical texture that prevents residue, it's also been lauded by therapists and educational development professionals who believe putty can work to combat stress.

A scholarly journal published by Mansfield University describes how putty has had many benefits on students and faculty alike, with those surveyed suggesting that putty has helped to decrease their stress. Students reported that having the ability to manipulate putty in their hands helps free their minds for concentration, while the calming nature of putty play has helped adult faculty lessen their anxiety.

"I would pick it up and you're like, ‘This is actually really relaxing.’ And like, the more that I kind of look into the fidget, it talks about how it helps you focus. And even though you would think it would be a distraction, it actually helps center you," Mushro said of Muderick's product. 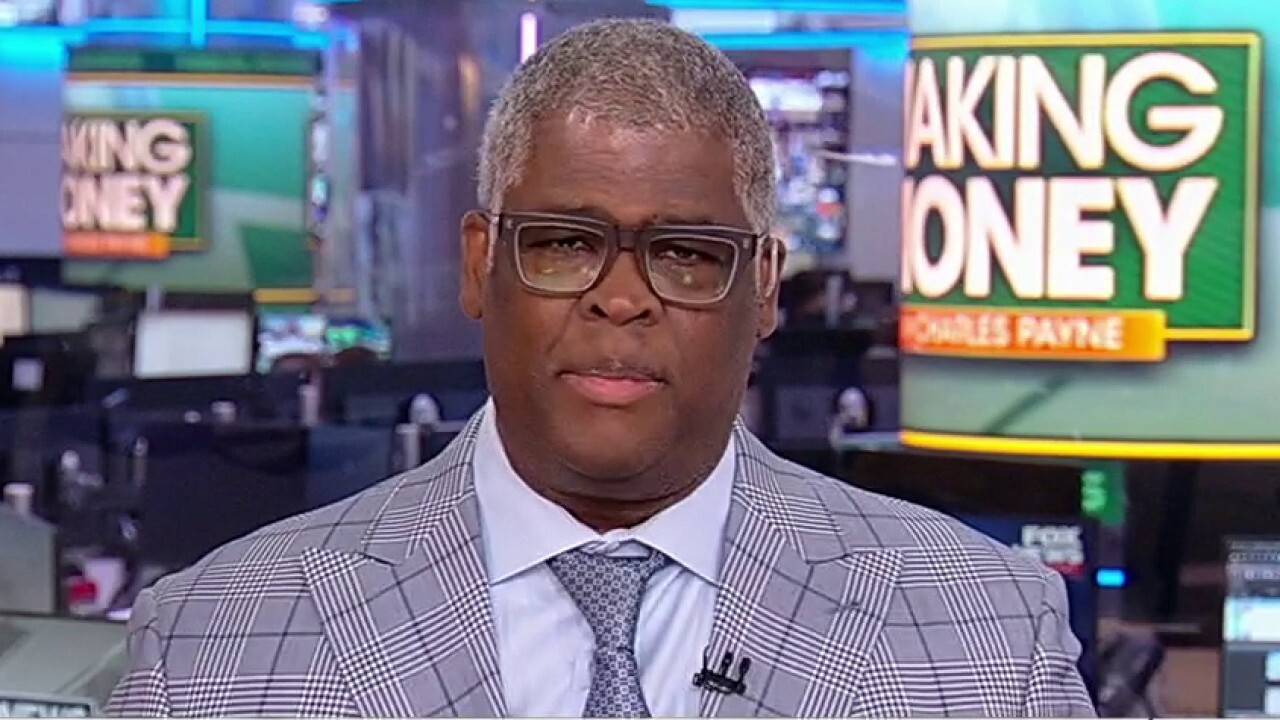 Charles Payne: There is a big difference between insignificant stresses vs true mental health struggles

FOX Business host Charles Payne weighs in on the prism in which Americans measure success and mental health on ‘Making Money.’

At the end of the day, for Muderick, the word "kidulting" is all about creating a sense of community – and, as he jests, being able to differentiate his products from the NSFW "adult toys."

"It's definitely a term and it's trending, but I think it really encompasses something that's out there… It's sort of like if you don't have a word for it, how can it exist? If you can really describe it, then other people who might be like thinking about it, you know, they're like, 'Oh, that's me!' Or like, ‘yeah, I feel like I belong to that group!’

"Unlocking play at older and older ages is a great way for our industry to reach more people and connect and bring the kind of creativity, joy and innovation that we work on as an industry to people's lives," Muderick concluded.

The moral of the story? Maybe you don't have to grow up after all.