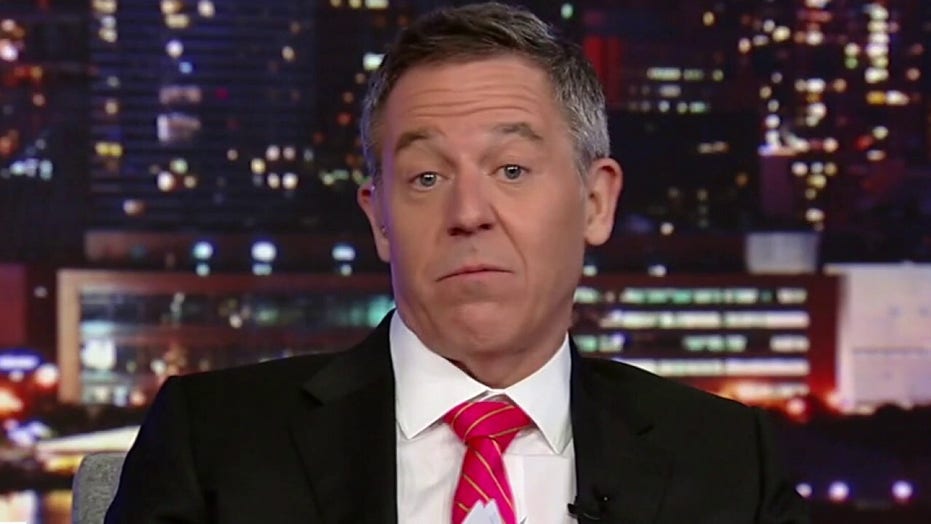 Gutfeld: Progress, stability, success just ‘one liberal away’ from disaster

Joe Biden may have discovered the secret to time travel. Hear me out. We’re currently seeing the Middle East unravel faster than Ilhan Omar’s marriage to her brother. We’re seeing inflation roaring back like the rash Kat got at Coachella. We are seeing absurd gas prices and a gas shortage. We’re at the mercy of criminals trying to shut down a pipeline. And a president who actually did shut one down.

And speaking of – we have a bumbling leader who scares no one, except young women who use herbal essence shampoo. Oh – he’ll send a stern letter to our adversaries – as long as it’s before his 4 PM bedtime.

Unemployment is rising, as benefits keep flowing. Crime is back and bloodier than ever — we’re witnessing shootings and murders like never before.  Well, not exactly never before. We have seen it before. In fact – we’ve seen it all before. It’s called…

Clip of parody song: The Seventies, soon we’ll be making another run.

The Seventies, don’t you leave home without a gun.

You could try to escape but sorry, there’s no gas.

And inflation will leave you, broke on your ass.

The Seventies, yes we’re all going to hell.

The Seventies, should’ve voted for Trump. 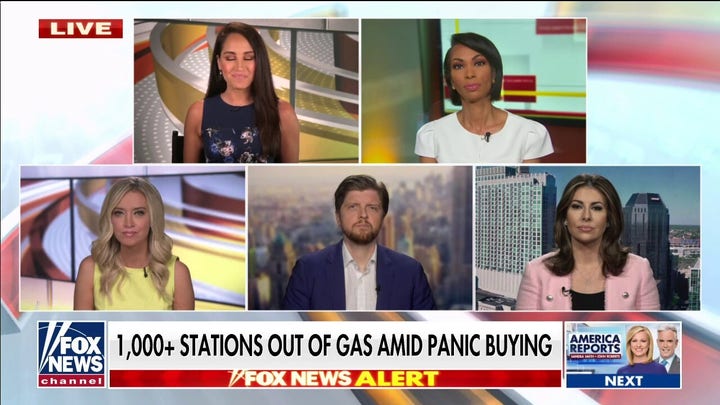 It’s true, we’ve gone back to the ’70s. A ten-year span so awful, we had to create the 80’s and the 90’s to erase it. On the plus side if this continues we might get another one of these. [Picture shown of Farrah Fawcett] Yea remember that? That was the 70s. But maybe we have! [Shows picture of Caitlyn Jenner on Vanity Fair cover] Seriously, she’s this generation’s Farrah Fawcett. Or Jaclyn Smith. I can’t make up my mind. And why should I? She didn’t, until a few years ago!!

And by the way, it’s not like I’m stalking you, Caitlyn, ok? You dm’d me first – and then I figure, I should start working my magic on you. And then she ghosts me! And goes on Hannity! I get it you’re trans and you still date women! Whatever – but I feel like I was led on. And it kinda hurts.

Just like the 70’s. And just like today. The crime. The joblessness. The turmoil of an unstable world questioning America’s resilience, Also – and no coincidence: Joe Biden in DC. Fact is – we are learning a harsh lesson. That progress, and stability, and success – is just one liberal away from disaster. Just one liberal away. Think about that.

Everything great about America can be unraveled by one leftist with some power and a vendetta against America. And we have an administration crawling with them. Take New York.

Rudy Giuliani took a city rife with rampant crime and hopelessness and turned it into the number one global tourist attraction. And then Bloomberg inherited it, and didn’t screw it up totally. Then this ghoul [Bill de Blasio] came along. A vile, groundhog murdering idiot so clueless to human motivation that he might actually be from another planet. I think they call it “shaturn.”

He’s like a giant lumbering Frankenstein made up of parts from lesser idiots. And it only took one card-carrying anti-American commie to drag the city back down to its worst. Two if you count his wife. So now we have Gotham City but minus the Batman. 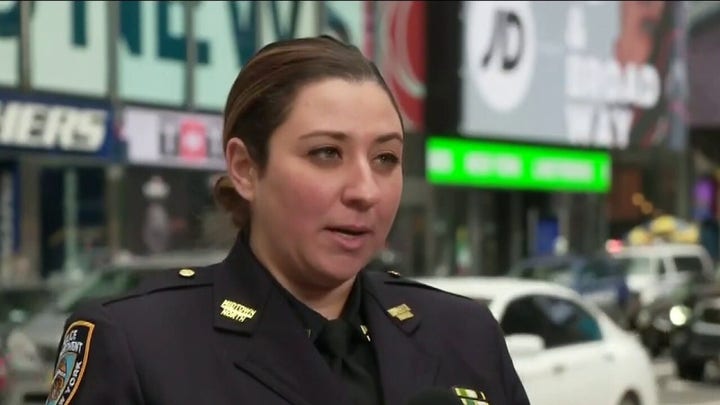 But it’s not just NYC. It’s every city run by Dems. And now it’s America. Joe Biden was so nostalgic for those years when he had real hair that he took us back there in a matter of months. It’s a pattern: Republicans create the bank account that the Democrats end up blowing like Hunter’s backup eight ball. Saddled with the attention span of fruit flies high on crank with IQ’s lower than CNN‘s ratings, libs see the progress made by Republicans as wrong. And therefore an opportunity to experiment. And we are their guinea pigs.

Our jobs, our healthcare, our education system. And it’s those experiments that lead to the devastation. It’s a cycle. Liberals – like spoiled children – ruin things, which Republicans – like patient parents – fix — creating a false sense of security that allows liberals to return and ruin them again. I say we put them up for adoption so we can have nice things in the house again. I wonder what the angry white male thinks.

So can we “time travel” out of this mess? Maybe if we didn’t have so many options for entertainment. Back in the 70’s we had 3 channels, and two restaurants that delivered. One was Chinese, and the other one was Chinese.  We had almost no options for pornography unless you count the sexy Indian girl on the Land o Lakes box. Sometimes we got creative and went to work on the Sears catalog with an eraser.

We had no choice but to save ourselves. Now it’s different. We have Netflix and Hulu. There are 407 ESPN channels. Amazon delivers. And so does your dealer, Kat. Decriminalized pot keeps us ambivalent. And China and Disney+ keep us distracted. The whole world outside could crumble but were too happy binge-watching The Crown.

The question is, for how long. Thank God I still have this. [Shows a picture of Caitlyn Jenner on Vanity Fair cover] Don’t worry. I laminated it.

This article is adapted from Greg Gutfeld’s opening monologue on the May 12, 2021 edition of “Gutfeld!”