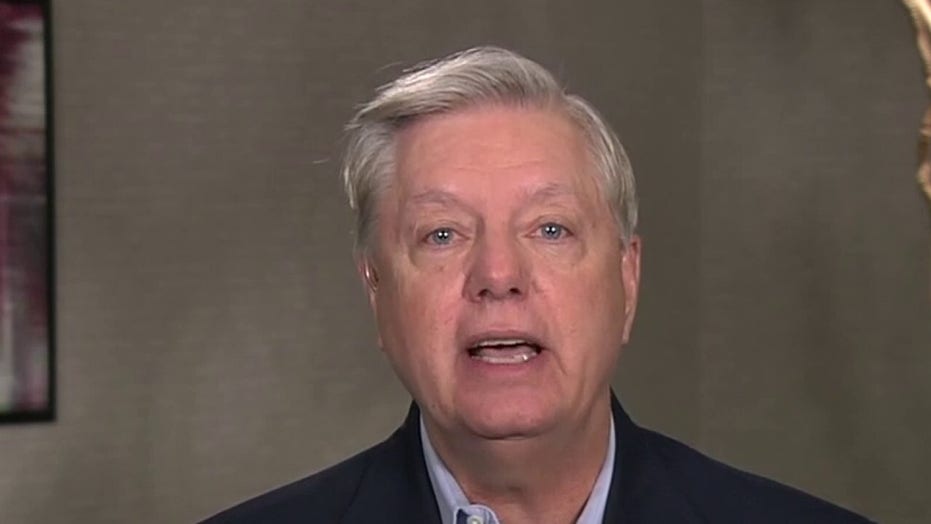 Sen. Lindsey Graham said Monday he would encourage President Trump to consider running again for the White House in 2024 if his efforts challenging the results of the 2020 presidential election "fall short."

Graham, R-S.C., who just won reelection, appeared on Fox News Radio on the “Brian Kilmeade Show,” and said he spoke with the president at length on Sunday.

Graham said that he encouraged Trump to continue his ongoing 2020 legal efforts, but also hinted at a future presidential bid.

“I would encourage President Trump if, after all this, he does fall short,” Graham said. “We just can’t quite get there to not let this movement die, to consider running again, to create an organization, platforms over the next four years. To keep this movement alive, growing the Republican representation in minority communities.”

Graham added that Trump and Republicans should “talk about economic populism and just, basically, keep it alive, and keep fighting for the 2020 vote.”

Graham replied: “I would encourage him to think about doing it. I really would.”

Graham’s comments come as some have hinted in the days after the race was called in favor of President-elect Joe Biden that Trump could mount a presidential bid for a second term in 2024.

The Fox News Decision Desk called the race for Biden on Saturday after results in Pennsylvania and Nevada put him above the 270 electoral vote threshold necessary to clinch victory in the Electoral College.

Biden and Vice President-elect Kamala Harris have attempted to calm the public, insisting that all votes will be counted no matter how long it takes.

"It's time for America to unite. And to heal," Biden said in a statement after his win was declared.

The Trump campaign has filed lawsuits in several battleground states where Biden led by a razor-thin margin, including Arizona, Nevada, Pennsylvania, and Georgia.

Trump has not conceded the 2020 race. But sources close to Trump told Fox News the president would eventually concede and commit to a peaceful transfer of power if the campaign's legal challenges fail to open up a path for a second term.