Gowdy: It’s hard to read about what happened to these victims

‘Sunday Night in America’ reacts to cases of four different women killed by people who should have ‘never been in a position’ to hurt others.

“Sunday Night in America” host Trey Gowdy delivered an impassioned monologue on his show over the weekend reacting to the recent murder of Brianna Kupfer, a 24-year-old UCLA graduate student who was gunned down while at work. Gowdy blamed the soft-on-crime approach widely adopted by liberal prosecutors for causing a devastating uptick in crime.

TREY GOWDY: Brianna Kupfer was a graduate student at UCLA studying architectural design. I say “was” because she’s dead. Dead at the age of 24. Killed while simply working at a furniture store trying to put herself through school. Killed by a man accused of crimes that literally span the country from Charleston, SC to Los Angeles, CA. He was out on bond accused of shooting into a car in South Carolina, but the authorities in California did not notify law enforcement in SC when he was recently arrested. They just released him, and he killed a 24–year–old just working her way through school.

Rachel Dowden was waiting at a bus stop in Pennsylvania. Waiting to go home after a long day at work. She was shot and killed by a man ordered by the court to stay away from her. Court orders are no match for a bullet.

Michelle Go was waiting on the subway in New York City. She was pushed in front of a train by a man with a long history of criminal and mental health issues. She’s dead. Killed by a man who should have been in jail or a mental hospital.

Tessa Majors was a college student in New York. She was an aspiring musician. I say “was” because she’s dead too. Killed by teenagers over a cell phone. The prosecutor noted the obvious during a court hearing when he said Tessa is gone for good. Gone from the earth for good. No more music. No more school. No more anything. If you’re wondering what the State of New York thinks her life was worth the answer is 14 years. 14 years is what the person who killed her got.

It’s hard to read about these cases and what happened to these women. No matter how long you may have worked in the justice system, it’s hard and painful to see beautiful, vibrant lives ended by people who should never have been in a position to hurt or kill others. When you read stories about these four women, you will see words like compassionate, loving, kind, caring, angelic, hard–working. And now all four are dead. And I wonder where the outrage is. I see politicians getting upset about all manner of things, but where is the outrage over the only thing that really matters, which is your right to live.

It’s one thing to acknowledge this country is in the throes of a violent crime surge. There are plenty of statistics to back that up. These women, however, are not numbers. These women and others like them, are not columns on an FBI crime index. They were daughters, sisters, wives, mothers, friends, co-workers.

Biden gets very animated talking about what believes are voting rights and changing the rules of the Senate. How about changing the rules, so there are fewer victims, so the innocent public is better protected? What about making sure you can work in a store without being killed or wait on a bus or stand on a subway platform, or just walk home in New York? These 4 young women, and scores more like them, have forever lost the right to vote or do anything else. The right to live is the most fundamental right you have. When will Biden get upset about that? When will the media ask him about that? 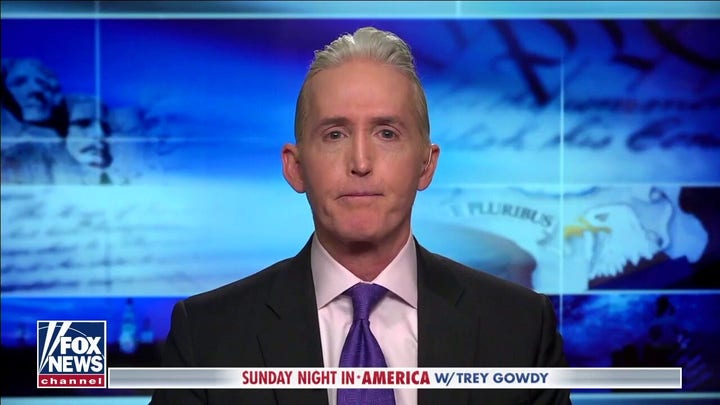