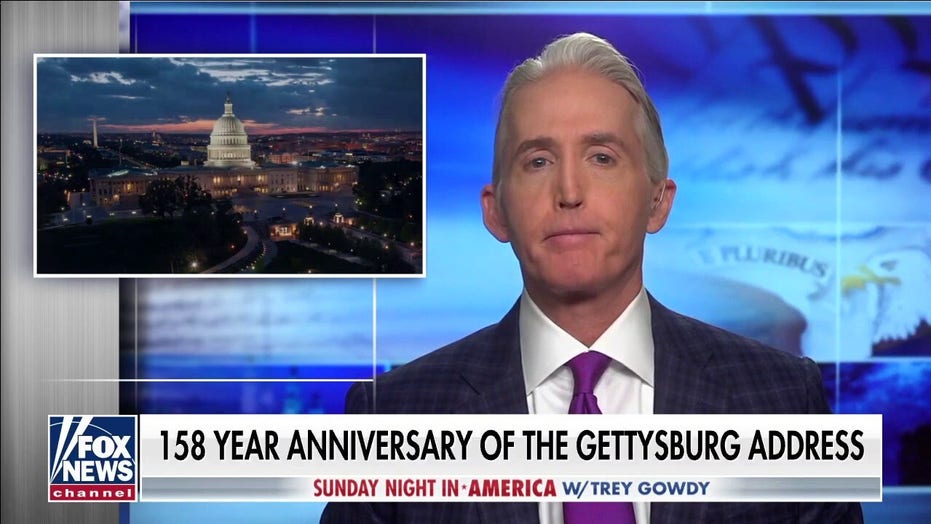 Gowdy: Lincoln knew the world needed America despite its imperfections

‘Sunday Night in America’ host honors the ‘modesty’ of Abraham Lincoln in remembering the 158th anniversary of the Gettysburg Address.

Fox News host Trey Gowdy commemorated the upcoming 158th anniversary of the Gettysburg Address on his show Sunday night, highlighting the oration as a reinvigoration of American ideals that managed to unite a nation torn apart by the Civil War.

President Abraham Lincoln’s inspirational — and famously short — Gettysburg Address captured the “essence of the moment and the soul of the country,” with little fan-fare or political showboating, Gowdy said on “Sunday Night in America.”

“Abraham Lincoln was the President of the United States and he wasn’t even the featured speaker of the day,” Gowdy said. “A man named Edward Everett was the feature speaker, he spoke for two hours, and yet no one recalled what he said.”

It’s hard to imagine a modern political leader showing up anywhere, Gowdy said, “and not expecting to be the center of attention, and adoration and the keynote speaker.”

“”He knew despite our imperfections and pain and mistakes, the world needed America. And he knew that we as Americans need one another.”

The host praised Lincoln for showing the country at that moment that leadership can be “modest, that leaders can be humble.

“Lincoln spoke for a few moments, less than 300 words. Ten sentences. That is all-time it took for him to capture the essence of the moment, and the soul of the country.”

And despite his succinct message and the passage of time, no one has forgotten his powerful words. 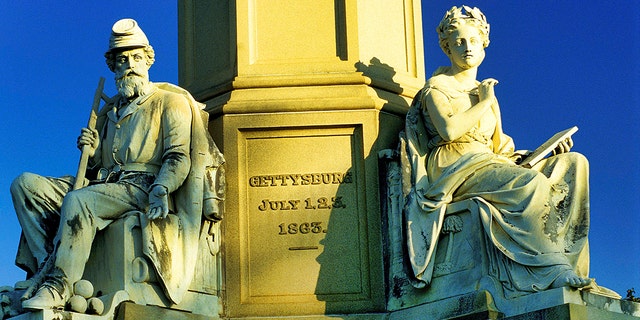 “Have we honored what he asked, or just simply remembered what he said?” the host went on.

“In the throes of the greatest internal conflict this nation has ever experienced, Lincoln concluded his address asking that we not ‘perish from the Earth,’ because of the country’s differences,” Gowdy said. “He knew despite our imperfections, and pain and mistakes, the world needed America. And he knew that we as Americans need one another – and that remains true, 158 years later.”