Republican governors in states with no mask mandates and low coronavirus case counts are touting an end to “[e]ndless government mandates” while saying protecting their constituents remains a priority.

Texas Gov. Greg Abbott and Alabama Gov. Kay Ivey told Fox News that their emphasis on getting citizens vaccinated and a better understanding of the science of the virus has helped keep cases down as their states are among the most open in the country.

Meanwhile, states like Michigan, Pennsylvania and New York have some of the highest coronavirus positivity rates despite stricter limits on where people can go and what they can do.

“One of the frustrations of the American people over this past year has been the constantly changing goal post. Certainly, this is a novel virus and guidance has evolved as we have learned more, but that is just it: we have learned more,” Ivey told Fox News. “We have been at this for more than a year now, and we have simply got to move forward. Endless government mandates are not the answer.” 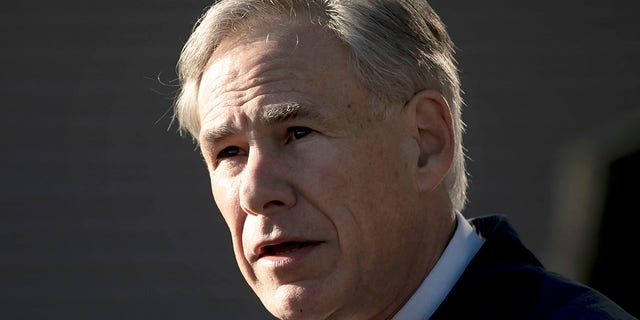 “The fact is, Texas now has the tools and knowledge to combat COVID while also allowing Texans and businesses to make their own decisions,” Abbott added. “It is clear from the recoveries, the vaccinations, the reduced hospitalizations, and the safe practices that Texans are using, that we’re ready to return to normal life and unleash the full might of the state’s economy.”

Abbott said “protecting the lives and livelihoods of Texans” is his main focus, including “getting our students back in the classroom. Schools in Texas reopened for in-person learning last Fall.”

Vaccines and what people can do after they receive them have become a political flashpoint in recent weeks. President Biden on Tuesday announced new Centers for Disease Control and Prevention (CDC) guidelines that vaccinated people can gather outdoors in small groups without masks.

But Biden also said that vaccinated people should wear masks when in outdoor crowds like “if you’re in a crowd like a stadium or at a conference or a concert.”

He said nothing about wearing masks indoors. Ivey said leaving these kinds of guidelines in place does more harm than good when the next big challenge in the pandemic is getting people who are reluctant to get a vaccine to do so.

“When we hear from Democrat-led states that vaccinated people have literally no advantage to being vaccinated, that is, to put it simply, against the science and definitely not incentivizing for individuals to get their shots,” Ivey said. 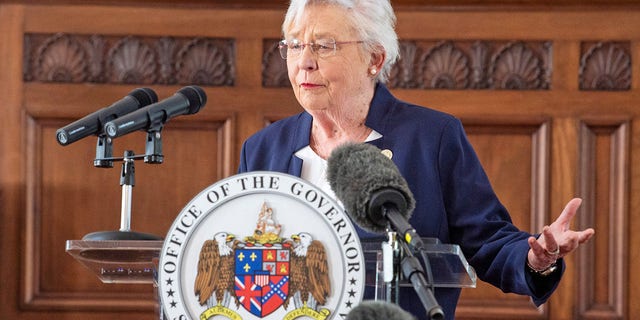 Gov. Kay Ivey takes questions from reporters during a press conference at the Alabama State Capitol Building in Montgomery, Ala., on Wednesday, April 7, 2021. Ivey said that Democrat-led states may be reducing incentives for vaccines by continuing to require masks.
(Reuters)

“Aware of the hesitancy when the first COVID vaccines became available in December, I led by example and received his first vaccine shot live on TV to show his confidence and trust in the vaccines,” Abbott added. “I’ve been clear in telling Texans repeatedly that vaccines are strongly recommended and always voluntary.”

“Texans and Americans alike have learned and mastered over the past year the safe practices to protect themselves and their loved ones from COVID, and do not need the government to tell them how to do so,” he also said. “Removing state mandates, however, does not end personal responsibility or the importance of caring for family members, friends, and your community.”

Abbott notably has banned state agencies and state-funded entities from requiring proof of vaccination for entry. He said that proof should not be required by the government for people to “just to go about their daily lives.”

But Abbott said private businesses will have the option to require what some are calling vaccine passports for entry.

“I respect our state’s business community and do not believe government should unnecessarily interfere with the free market,” he told Fox News. “Like the old adage ‘no shirt, no shoes, no service,’ private businesses have every right to determine how to conduct and manage their business—the same as with requiring patrons to wear masks.”

The areas of the country that have been hardest hit by the pandemic have shifted in the approximately 14 months the virus has been prominent in the United States. First, the Northeast had the most cases, before a wave moved to the South and West, then the Midwest over the fall and winter.

Florida, where GOP Gov. Ron DeSantis lifted his mask mandate and has allowed the state to be almost entirely open, is an outlier among wide-open GOP-led states. It has the tenth-highest positivity rate over the past seven days, according to the CDC.

Meanwhile, California, which is still retaining many of its strict virus rules, has the lowest positivity rate over the past seven days of any state, according to the CDC — even lower than the island state of Hawaii.

Alabama and Texas are among the states with the lowest coronavirus positivity rates, along with Oklahoma, Mississippi and others.