Fox News reached out to several conservative Republican senators this week, in an effort to gauge their plans for President Trump's Supreme Court nominee, whom the commander-in-chief plans to announce on Saturday. Here's what they had to say about the process and the presumptive pick Amy Coney Barrett.

Sen. Marsha Blackburn, R-Tenn., a member of the Senate Judiciary Committee that will approve the nominee, spoke with Fox News about Barrett and Barbara Lago's Catholic faith. She said Democrats are willing to vilify these women based on their spirituality, in an effort to derail Trump’s nominee out of spite.

“If you are a conservative woman in DC, you are treated like a fourth-class citizen,” she said. “Democrats are chastising these women because they take their child by the hand and go to mass with them.”

The Tennessee Republican stressed the need for Congress to exercise its “Constitutional duty” to place a Justice on the court, adding that the GOP-controlled Senate would move swiftly to approve Trump’s nominee and vote her out of committee, then “immediately” move to a floor vote.

The final schedule, however, will be left up to Majority Leader Mitch McConnell.

Sen. Rick Scott, R-Fla, accused Democrats of escalating the politics of the nomination process and said he hopes it doesn't get to the point where the high court's rulings are ignored because they have no tangible or practical way to enforce them.

“You hope it doesn't come to that. You hope that’s not the case," he said. "Democrats don’t respect the Constitution because they want to act like 2016 and 2020 are the same and they’re totally different. In 2016 we had divided government with different parties in the White House and Senate. They want to use the Constitution when it’s convenient for them and not use it when it’s not convenient for them.”

Scott, who appointed 407 judges during his time as Florida's governor, said Barrett fits the mold of the sort of justice he would like to see on the high court, adding that his main qualification for a nominee is that they understand the idea of judicial restraint.

FLASHBACK: KAMALA HARRIS WAS OPEN TO PACKING SUPREME COURT TO SHIFT BALANCE AWAY FROM CONSERVATIVES 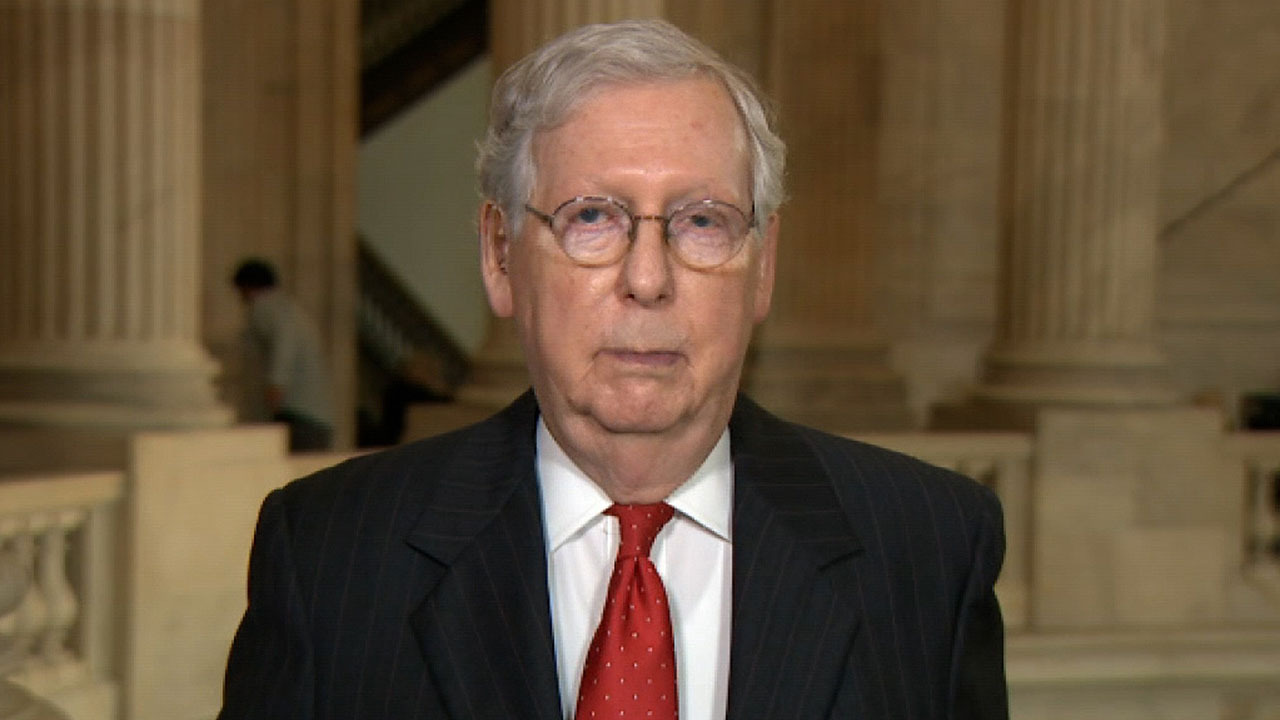 “I appointed 407 judges when I was governor of Florida. In every case, what I did was, I said you have to convince me that you understand there are three branches of government,'" he explained. "You’re not the executive branch, you’re not the legislative branch. That’s what I focus on. I focus on if this person will stay within their lane. Would they remain part of the judiciary rather than be an activist who changes the laws or tells the executive branch how to operate. Do the job you were given by the Constitution. Nothing more.”

Sen. Josh Hawley, who has been extremely vocal about his criteria for a court nominee, continued to stress the importance of a judge's stance with regard to the landmark decision of Roe v. Wade.

“I have every expectation that they will nominate someone who will meet that criteria,” he said in a statement provided by his office, following his discussions with White House officials after the passing of Ruth Bader Ginsburg. “And it’s an important beginning because it says so much about judicial philosophy.”

“I have every expectation [Trump] will nominate someone with all deliberate speed and we should proceed as soon as we can," Hawley continued. "What I want to see from the nominee is some indication — in the record, in the public domain — that they acknowledge and understand that Roe was wrongly decided."

He added that private assurances from judicial nominees mean nothing unless they're on the record because they can easily go back on their promises and issue rulings that don't line up with their initial personas.

Sen. Steve Daines, R-Mont., who is up for reelection in November, echoed Hawley's sentiments and said the onus is on the GOP to deliver a conservative Justice, who will stick to their ideological principles and not suddenly change their stripes.

"We need to get this one right," he told Fox during a phone interview. "I've seen too many appointees to the Supreme Court that, their decision did not reflect what we thought was going to be the case when we moved through the confirmation process. And I'll tell you — that's going to be very important. I spoke to the president yesterday and voiced my support for what he is doing here and to make sure we get the right judge nominated."

"I want to see a judge who understands their proper role. And that is they're not there to make law," Daines continued. "They're there to take laws that Congress passes and determine whether they're Constitutional or not. They've got to stay in their Constitutional lane," he said. A mold he belives Barrett, who has already served as a federal appeals court judge, fits into perfectly.

"She has been vetted, she has stood before the Judiciary Committee so she's a known entity," he added. "How she has ruled as a judge — gives me great confidence that this would be an outstanding pick."

As for filling the seat in light of the Merrick Garland incident that occurred when Senate Majority Leader Mitch McConnell blocked his nomination in 2016, he said the GOP considers these instances to be different because of which party controlled the White House and Senate at the time.

Sen. David Perdue, R-Ga., provided a written statement to Fox News which read, "The President’s responsibility is to nominate, ours is to advise and consent. The Senate should go ahead with the confirmation process, regardless of when the election is. As soon as we can, with due process, we’re going to hold the hearings. We’re going to be very studious, we’re going to be very careful, and we’re going to confirm this year… If we give Schumer one more vote and he gets a majority, we can see what he is going to do. It’s not just about one seat on the Supreme Court, it’s about the future of our Republic."

Sen. Martha McSally, who is also up for reelection, told "Fox & Friends," this week that, “People have known Arizona is key for the presidential race… Now we’re key to ensure that the Supreme Court nominee goes through and that we’re able to shift the court for generations to come."

A source close to the confirmation process told Fox News that Barrett remains the clear frontrunner, given the fact that she has already been vetted and was floated as a nominee after the retirement of Justice Anthony Kennedy. That seat, however, was untimely filled by Brett Kavanaugh.