FIRST ON FOX: Top Republican senators are demanding that the Government Accountability Office (GAO) provide a detailed accounting of all the carbon emissions spewed by President Biden and political appointees due to travel to Glasgow, Scotland, for the 2021 United Nations Climate Change Conference (COP26).

Sens. Joni Ernst, R-Iowa, Tom Cotton, R-Ark., and Shelley Moore Capito, R-W.Va., sent a letter Tuesday to the GAO’s Comptroller General Gene Dodaro asking for the total amount of emissions linked to transportation for Biden, his Cabinet secretaries and political appointee staff to and from the COP26.

“We write to you today requesting that the U.S. Government Accountability Office (GAO) collect and provide information to Congress on the total amount of carbon emissions required to transport President Biden, the 13 U.S. political appointees, and any and all Administration support staff who attend this conference,” the senators state in their letter, exclusively obtained by Fox News.

Biden and 13 of his Cabinet secretaries traveled to Glasgow earlier this week to attend the COP26. In addition, roughly 30,000 individuals were expected to be in attendance at the climate conference, sparking concerns about the spread of COVID-19 and igniting debate over vaccine disparities. 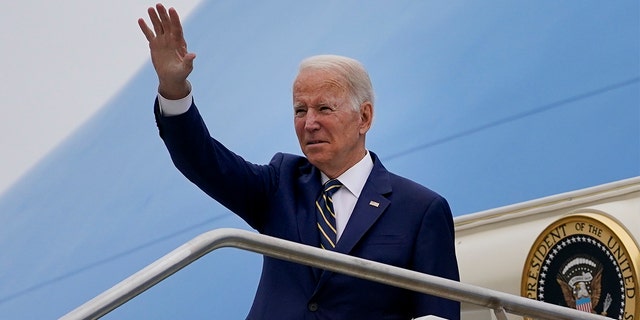 “While President Biden continues to target American energy with harmful policies, he and his staff continue to rely on fossil-fuel transportation. In the interest of transparency, we would like an answer to understand the total amount of emissions linked to the transportation to and from COP26 for Biden Administration officials,” said Ernst, Cotton and Capito.

The senators also argue that Biden’s revocation of the Keystone XL pipeline and termination of sanctions on Russia’s Nord Stream 2 pipeline is in “direct contrast” to his attacks on American energy independence.

“The result of this policy is that we are now more dependent on foreign adversaries for the energy to run America,” the senators warn.

In March, Ernst introduced the Executive Branch Emissions Transparency Act, which would create a publicly accessible database documenting the carbon emissions associated with all fossil fuel-powered travel by administration officials. 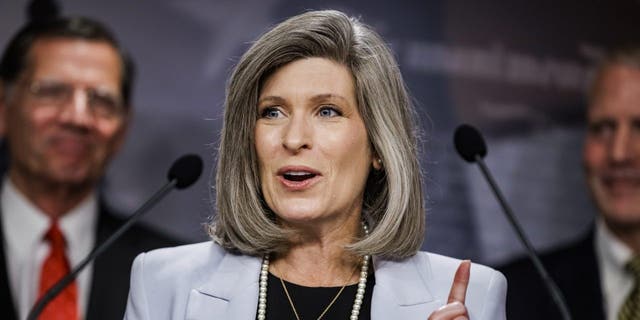 Sen. Joni Ernst, R-Iowa, speaks alongside other Republican Senators during a press conference on rising gas an energy prices at the U.S. Capitol on Oct. 27, 2021, in Washington, D.C. (Photo by Samuel Corum/Getty Images)

Other GOP senators have brought attention to the Biden administration’s hypocrisies on climate change in recent days.

“According to Time magazine, COP26 will be the ‘most expensive COP on record,'” Barrasso wrote. “In an effort to understand the full cost the taxpayers will bear for this two week international conference, I ask that you answer the attached questions.”

Kerry has also come under fire for spewing massive carbon emissions due to travel in his family’s private jet.