At a rally in Ohio Saturday, his first since leaving office, Trump reprised his grievances about losing the 2020 election and falsely blamed it on voter fraud.

Sen. Mitt Romney (R-Utah) likened the spectacle to WWE wrestling, saying it was “entertaining, but not real.”

“I hope he’s right,” Kinzinger said of Romney’s take. “There’s a lot of people, though, that I’ve talked to, you know that are mad at me for just telling the truth, which used to be a pretty basic, you know, low bar, that really truly believe that Donald Trump was elected president again.”

“It was a rally of a loser president,” Kinzinger added. “I mean, he’s the first president to lose reelection in decades.” 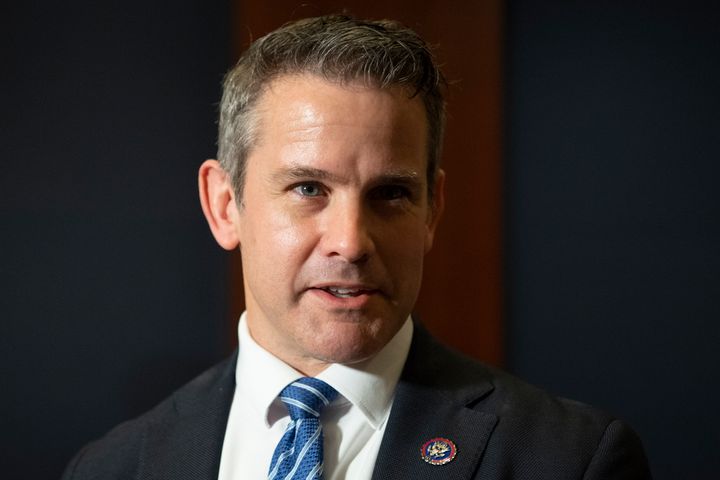 Kinzinger noted that Trump did not speak much about the candidate for whom the event was held: Max Miller, a former White House aide who is challenging Republican Rep. Anthony Gonzalez for his congressional seat. Gonzalez was one of 10 House Republicans, including Kinzinger, who voted to impeach Trump for his role in inciting the Jan. 6 insurrection on the U.S. Capitol.

While Trump did praise Miller, he spent much of the event falsely claiming that the presidential election was rigged against him.

“But the problem is, again, people believe this, they really do. There’s enough people, frighteningly, that believe he’s going to be president in August,” Kinzinger said, referring to a conspiracy theory circulated by Trump supporters that the former president will be reinstated.

Kinzinger called on members of his party to speak up.

“If nobody is taking the role of leader and leading people a certain way, telling them the truth when the Republic is at risk ― which it truly is right now ― then you can’t expect anything but what you saw last night, which is thousands of people that believe the election was stolen because they don’t hear people telling them otherwise,” Kinzinger said.

“It’s high time that other members of Congress ― any leader, any county official, any Republican official ― say the simple thing that Joe Biden was elected president,” he added. “And work against his reelection, but quit pretending like it was stolen because that’s really, really dangerous.”