Republican Matt Mowers made it official this week, launching his second bid for the House of Representatives in one of the premiere congressional battleground districts in the country.

“I’m announcing with all of you here tonight that we’re going to finish the job we started last year,” Mowers declared Wednesday, as he kicked off his campaign at a launch event in Manchester, N.H.

Mowers, who joins a growing primary field in the race for the GOP nomination, says running once and coming close to victory will benefit him as he makes a second bid for Congress.

“I’m now better known in the district. Folks have gotten to know me, a little bit of my background, what I stand for,” he told Fox News. 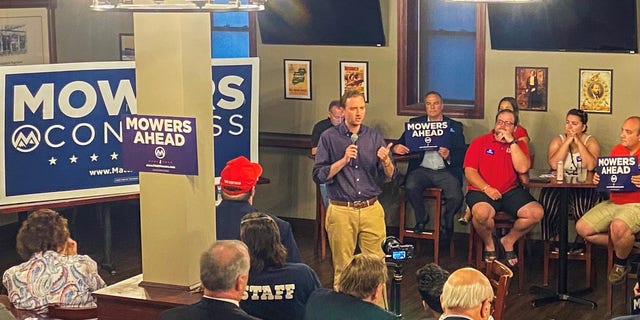 Mowers pointed out that the coronavirus pandemic swept across the nation soon after he launched his 2020 campaign.

“All the shutdowns happened two months after I kicked off my campaign, which totally changed the dynamic to run in,” Mowers said.

“I think it’s great that this go-around, I’ll be able to get out there and go to every diner, go to every coffee shop. I’ve already been to two parades the past couple of weeks. There wasn’t a single parade to march in last year,” he noted. “All of those things are going to give us an opportunity to get our message out in a way that we couldn’t last year. I think that’s going to be a big benefit for us.”

Mowers is one of 11 Republican House candidates who came close to winning last November who are taking a second shot at it in 2022.

While Republicans lost the White House and their Senate majority in the 2020 election cycle, they defied expectations and took a big bite out of the Democrats’ large House majority. The GOP needs a net gain of just five seats in next year’s midterms to regain control of the chamber that they lost in the 2018 elections.

“Every cycle I’ll look at a couple of people who come up close and I’ll ask them to run again,” House GOP Leader Rep. Kevin McCarthy told Fox News in a recent interview.

The longtime Republican from California then named a handful of GOP candidates “who came very close that I believe will make us into the majority” in 2022.

One of those McCarthy mentioned is Derrick Van Orden, who’s running again for a House seat in southwestern Wisconsin, one of just seven districts that Trump won in 2020 that’s controlled by the Democrats. 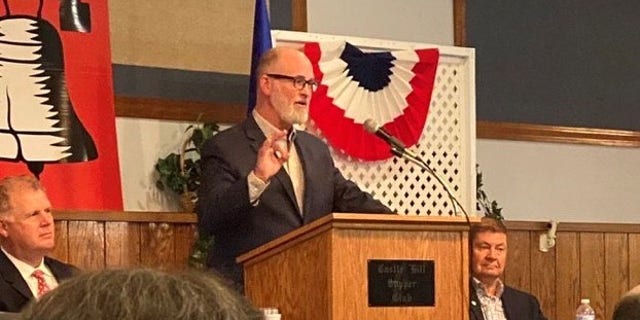 Van Orden, who retired as a Navy SEAL Senior Chief with five combat deployments after 26 years in the military, lost by a razor-thin margin last November to longtime Democratic Rep. Ron Kind, who isn’t running for reelection in 2022.

“First and foremost I plan on getting more votes than the other person,” Van Orden said at the top of an interview this week with Fox News.

“I know that stepping into the political arena for the first time in my life in 2020, I didn’t understand the ground rules and how everything actually works,” Van Orden acknowledged. “I think that I’ll be a much better congressman having lost because I truly have a much more holistic understanding of the American political process.”

Van Orden emphasized that “losing that first campaign was priceless” because he said it gave him “a much deeper understanding” of the district and “what makes it tick.”

Jesse Jensen, a former Army Ranger and repeat GOP candidate, came close to defeating Democratic Rep. Kim Schrier last November in a Washington state district that includes some suburbs and exurbs of Seattle and Tacoma as well as many rural areas to the east.

“I’m not a politician. I had never run for office before in my life,” Jensen said when discussing his first run for Congress. “I know now what I’m doing. I have a political network. I have a donor network.”

And he touted that “I have validation that people just want commonsense servant leadership. My bio as a four-tour Army special operations combat vet resonated.”

The National Republican Congressional Committee (NRCC), the reelection arm of the House GOP, touts that in 80% of the top Democratic held seats it is targeting in next year’s midterms, “we have either a top-tier candidate filed, or a primary with multiple good candidates.” And it also showcases that it has 172 Republican women who’ve filed for Congress, more than double the 85 females who had filed at this point in the 2020 cycle.

“Mark my words: Republicans will enter the 118th Congress with a majority and a record-breaking class of diverse members,” NRCC chair Rep. Tom Emmer, R-Minn., vowed in a statement to Fox News.