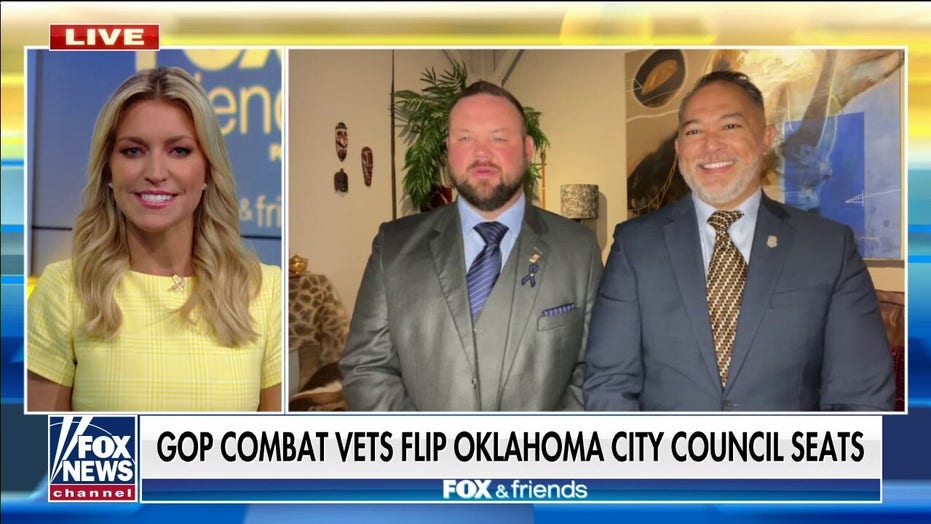 Two Republican combat veterans who ran for local office on a “Back the Blue” campaign message are getting to work after flipping left-wing city council seats in Norman, Oklahoma, amid fallout over the city’s vote to reallocate police funding.

Newly-elected Councilmembers Kelly Lynn and Rarchar Tortorello joined “Fox & Friends” Thursday to explain why they “stepped up to the plate” to fight for their city and stop big government “overreach.”

“The last straw for us was the defunding of the police,” Tortorello told Ainsley Earhardt. “A lot of folks that we know were planning to leave the city and they just wanted to flee what the city was turning into, a socialist-type environment.”

“I was about to move out of the city I love because it got so crazy politically,” Lynn said.  “These are supposed to be nonpartisan offices and it became very partisan with the acts of defunding the police.”

The Norman City Council voted in June 2020 to reallocate $865,000 from the requested increase to the NPD’s budget to other community projects after hundreds of residents and activists stormed the municipal building demanding police cuts. 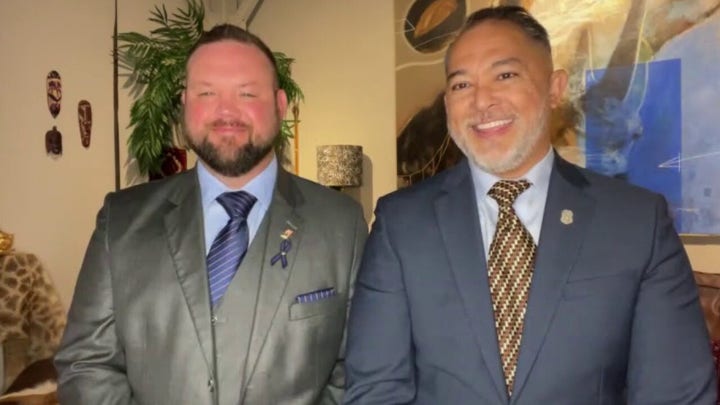 The vote was met with backlash from fellow residents and the police union, resulting in petitions to recall city leaders and a lawsuit that went to the Oklahoma State Supreme Court, which ultimately ruled the budget vote moot due to the meeting’s violation of the state’s Open Meeting Act.

Tortorello told “Fox & Friends” that the council’s actions created a “hostile work environment” for local law enforcement that he hopes to change while in office.

“Imagine going to work and your bosses are trying to get rid of your job, they’re trying to question your budget, the need for equipment, gear,” he said. “This is not a good thing for our police departments, for public safety as a whole.”

Tortorello is a decorated U.S. Air Force veteran who served in Saudi Arabia. Lynn, a U.S. Army captain and member of the Oklahoma National Guard, was deployed to Afganistan in 2017. Both were endorsed by the Norman Fraternal Order of Police.

“There’s a lot of people that are just absolutely tired of this, but it takes a lot of people wanting to step up,” Kelly said. “All politics are local and we need good people on school boards and city councils and throughout the state and the country.”

Last week, the Norman City Council unanimously passed the Fiscal Year 2022 budget with no cuts to the police department.