Google working on how to keep remote workers connected and effective: Exec

Google Workspace VP and general manager Javier Soltero discusses the impact of Google’s technology on the future of remote work.

Google is launching a bipartisan effort to provide tools to train candidates and campaign workers in ways to "stay safe online" ahead of the 2022 midterm election cycle.

Google announced the establishment of "Campaign Security Project," which was developed with input from organizations across the political spectrum.

GOOGLE EXPANDS CYBERSECURITY SUPPORT FOR POLITICAL CAMPAIGNS AHEAD OF 2022 MIDTERMS

"We are the first-choice for high risk users like election workers, journalists, and human rights workers," Google wrote in a blog post Tuesday. "Ahead of the upcoming 2022 U.S. midterm elections, we’re expanding our efforts to protect these high risk users."

"Veterans Campaign has spent over a decade inspiring, encouraging, and training veterans and military family members for a Second Service in civic life, where their selflessness, dedication, and leadership are sorely needed," Veterans Campaign founder Seth Lynn, who directs the University of San Francisco’s MA in Public Leadership program, said. "We are thrilled to partner with Google to train political candidates with military backgrounds and their staffs to face this new battlespace of cybersecurity."

WSJ columnist Kim Strassel on the Virginia gubernatorial race being a close tie despite Biden’s win in 2020.

A’shanti F. Gholar, the president of Emerge, said cybersecurity "has become an increasingly important part of running any successful campaign."

"With the tools Google will provide us, we are confident that our organization, as well as the women we train, can reach even more success as candidates, advocates, and organizers in this increasingly digital world," Gholar said.

And Larissa Martinez, the co-founder and president of the Women’s Public Leadership Network, said that it is "crucial now more than ever to equip women across the political spectrum with the knowledge, skills, and resources for optimal digital security."

"As we educate women on the fundamentals of running for office, implementing best practices to keep their campaigns secure should be at the forefront," Martinez said. 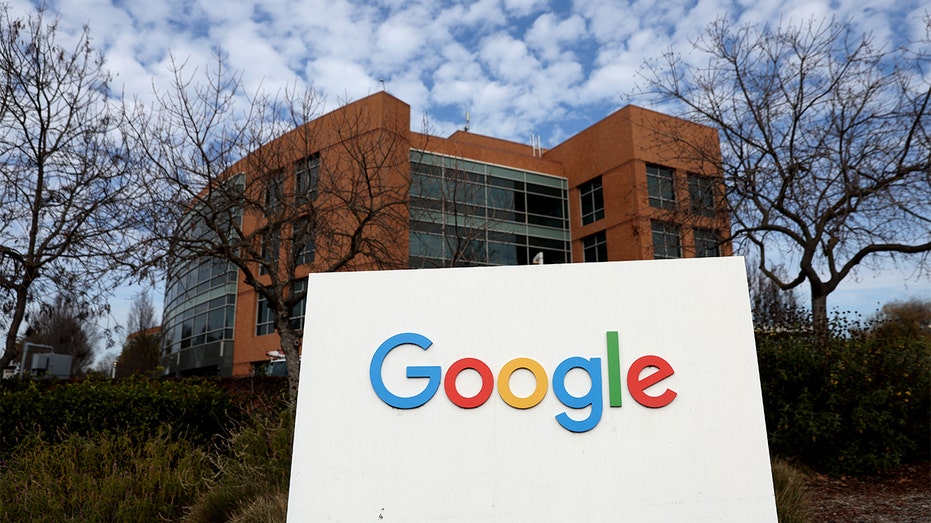 A sign is posted in front of a building on the Google campus on January 31, 2022 in Mountain View, California.  (Justin Sullivan/Getty Images / Getty Images)

In a partnership with Defending Digital Campaigns (DDC), Google last year said it helped to distribute more than 10,000 protection kits to more than 140 federal campaigns ahead of the 2020 election.

DCC is a nonprofit C4, nonpartisan and non-aligned organization providing access to cybersecurity products, services and information regardless of party affiliation. DDC's team includes the former presidential campaign managers for Hillary Clinton — Robby Mook — and Mitt Romney — Matt Rhoades — as well as former senior officials at the National Security Agency and Department of Homeland Security and the tech industry.

Last February, Google announced it had expanded its election security efforts to include support for state-level campaigns, in anticipation of the 2022 Midterm election cycle. The company, at the time, announced it had partnered with the National Cybersecurity Center to provide training for state leaders.

Google noted that it made it "a priority to equip campaigns with tools they need to strengthen their own security, protect themselves against digital attacks and reach voters" during the 2020 election cycle.