The future of Silicon Valley may bear little resemblance to the thriving hub we knew before the pandemic.

Since the coronavirus pandemic hit the US in March, tech companies based in San Francisco Bay Area have largely shut down their sprawling campuses and asked employees to work from home — in some cases, forever.

Eventually, whether it's in January, next summer, or beyond, those offices will reopen their doors, but office life is unlikely to resemble the before-times for the workers who choose to return.

For some companies, that may mean a rethink to their physical spaces in order to prevent the spread of disease. For others, it may mean changing their real estate plans altogether, opting instead for a new type of office, or none at all. In some cases, it may mean rethinking where employees live and how they're paid.

Here's how tech's biggest companies are planning for the future of work.

Google isn't requiring employees to return to the office until September 2021. 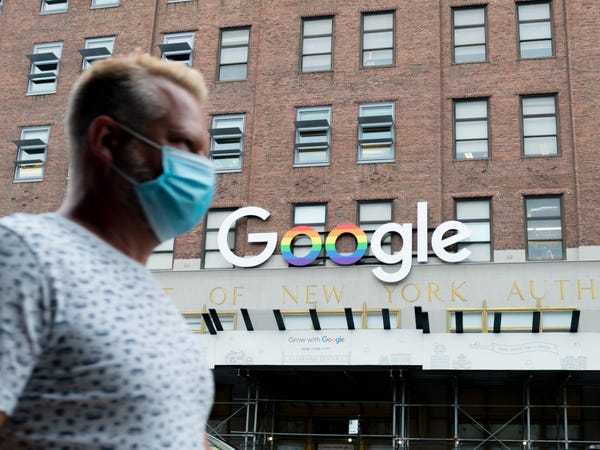 Google initially said that its employees wouldn't be required to come back to the office until next summer, partly to help workers with school-aged children who may not be returning to in-person schooling.

Now, it's delaying a return to the office until September 2021, according to The New York Times' Daisuke Wakabayashi.

During an all-hands on October 1, Google CEO Sundar Pichai said the company is planning on adding more hub offices, which will give employees more choice in where they live, according to leaked audio obtained by Business Insider's Hugh Langley.

Google is currently piloting a hybrid model of work that would require employees to come into the office three days per week for "collaboration day" and work from home the rest of the time, according to the Times.

Facebook has given employees $2,000 in bonuses to help them set up home offices. 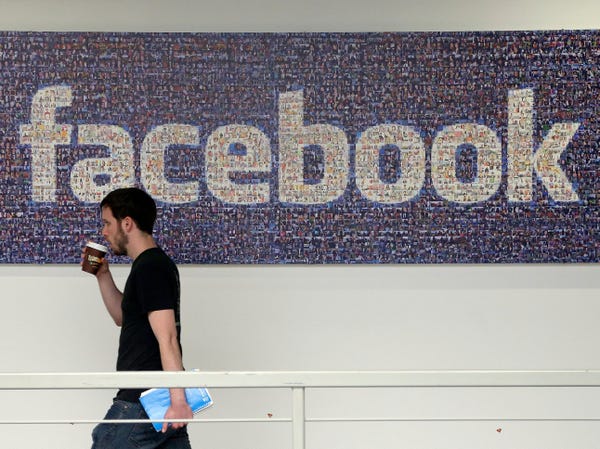 Facebook has said that employees may continue working remotely through June 2021, but many may choose to do so on a permanent basis — they will, however, likely take a pay cut beginning in January if they choose to move to a less expensive region than the Bay Area, according to The New York Times.

Facebook CEO Mark Zuckerberg said in May that he expects 50% of the company's workforce to be entirely remote within the next decade.

Given that employees won't be returning to Facebook's Menlo Park headquarters anytime soon, the company has shifted some of its on-campus employee perks to accommodate working from home. The company said in August that it was giving employees an additional $1,000 stipend for setting up a home office, on top of the $1,000 working-from-home bonus they were given in March.

Facebook is also making plans to help out working parents, including offering 10 weeks of paid leave for employees who unexpectedly need to care for a child or relative.

Additionally, Facebook plans to give all employees high marks on their performance reviews in 2020, which typically results in bonuses, according to the Los Angeles Times.

Zuckerberg said during an employee town hall in December that the company won't require employees to get the COVID-19 vaccine before returning to work.

Apple CEO Tim Cook has said that after the pandemic, the company will not "return to the way we were." 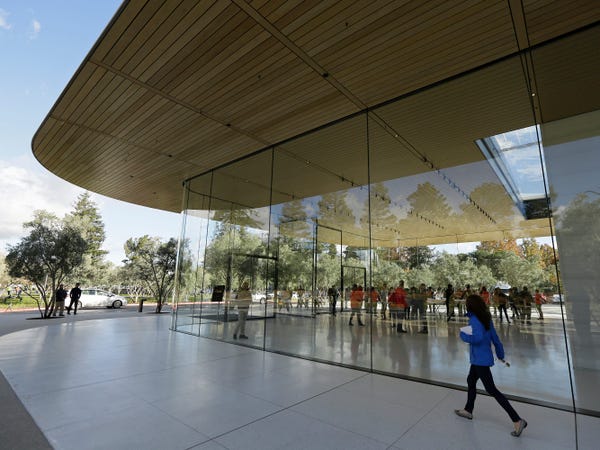 While some Apple employees have been reporting to the company's offices for months, others have worked remotely — and Apple CEO Tim Cook said recently that it's been a successful experiment for the company.

"There are some things that actually work really well virtually," Cook said in an interview at The Atlantic Festival last month, but that working remotely is "not like being together physically."

Cook recently told employees not to expect to return to work until June 2021, according to Bloomberg.

Amazon has said employees can work remotely until next June, but its future plans may be flexible. 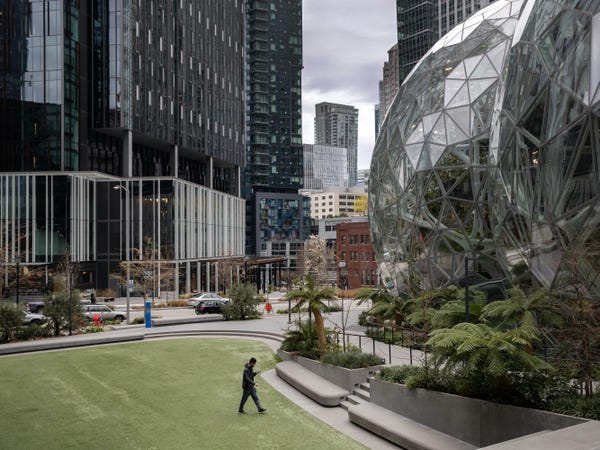 Amazon has said it will allow employees to continue working from home until June 2021.

But some employees told Business Insider's Ashley Stewart that the company's future plans may be somewhat flexible: Amazon has asked some employees in Seattle to clean out their desks, while others have been allowed to permanently switch to a virtual employee designation.

In response to pandemic, Amazon has also implemented new employee benefits. The company has begun offering discounts on tutoring, as well as subsidizing backup childcare for up to 10 days a month for full- and part-time Amazon and Whole Foods employees — Amazon says it covers more than 90% of the cost.

But while many tech companies appear to be rethinking the future of physical offices, Amazon has continued its expansion plans — but not at its Seattle headquarters. The company recently announced a $1.4 billion investment to expand its physical offices in six US cities and hire 3,500 new employees who will report into those hubs.

Twitter was already preparing for a "decentralized" workforce, even before the pandemic. 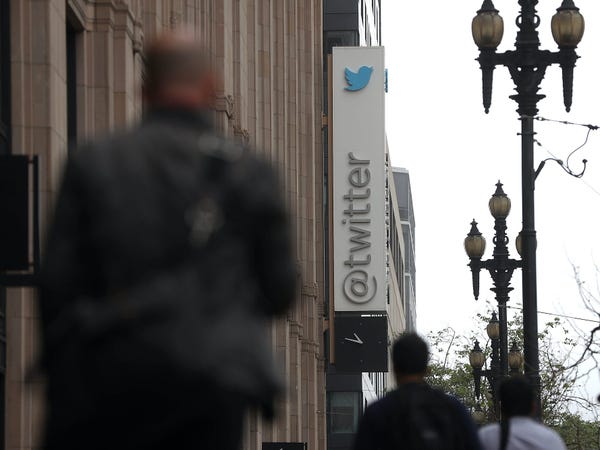 While Twitter employees were told earlier this year that they have the option of working from home on a permanent basis, a decentralized workforce has been a dream of CEO Jack Dorsey's for a few years.

As a result, Twitter may have a clearer picture than most of its future plans. The company already had plans in place for localizing pay based on where employees choose to live and has started subleasing office space in San Francisco — 100,000 square feet, to be exact.

Even before the pandemic hit the Bay Area, some managers at Twitter had started experimenting with working from home and testing virtual meetings, according to a recent report from the Washington Post.

Elsewhere at Twitter, teams working to make video meetings more seamless, like using hand signals for when they have something to say or need to sign off, and inventing new phrases like "ELMO" — short for "Enough! Let's move on" — to help get meetings back on track, according to the Post.

Salesforce is letting employees work from home until August 2021. 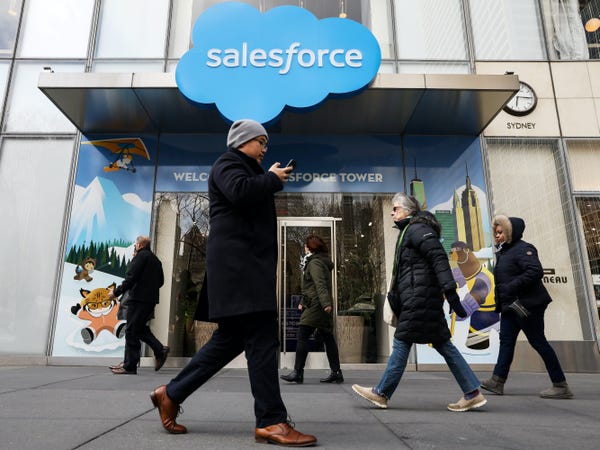 Earlier this year, Salesforce wrote a 21-page handbook, available to anyone who wants it, about how to safely reopen office spaces. The plan includes rethinking some of the materials inside the office, adding glass dividers, and mandating social distancing, even in elevators.

While Salesforce is reopening some offices in places like Canada, Europe, and Asia, all of its employees may continue working from home until August 2021.

Salesforce has also adopted new benefits for parents during the pandemic. The company announced in August that parents are now eligible for up to six weeks off and that Salesforce will also offer subsidized back-up childcare: employees may get reimbursed up to $100 per day for 5 days every month through January 2021.

Slack employees can work remotely on a permanent basis if they'd like. 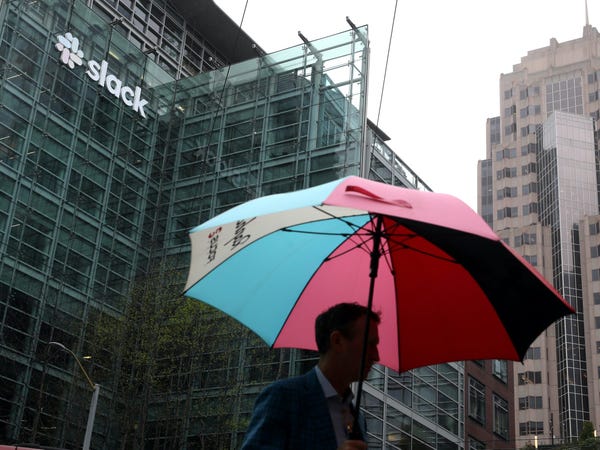 Slack announced in June that it would allow its employees the option to work remotely forever, and said it plans to hire more workers who will be permanently remote.

Microsoft will reportedly allow its 150,000-person workforce to work from home at least part of the time. 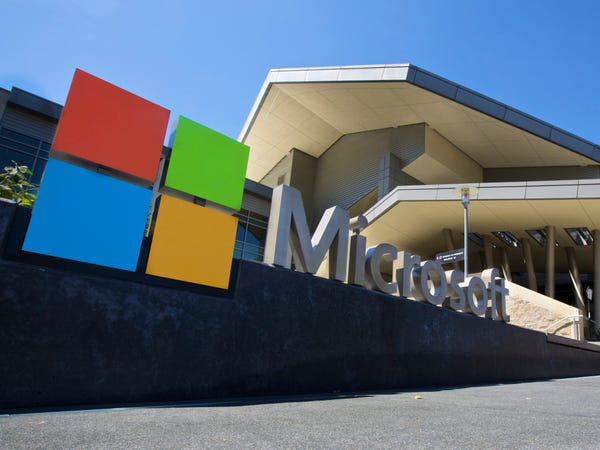 In what Microsoft is calling a "hybrid workplace," employees will now only have to report to the office for half the workweek, according to an internal memo obtained by The Verge this month. If approved by a manager, some employees will be allowed to work from home permanently and relocate, but if they do, they'll need to give up their work station at Microsoft's office.

However, some employees won't have the option of remote work, The Verge reports. If an employee works in Microsoft's hardware division or in-person training, they'll need to report to the office. 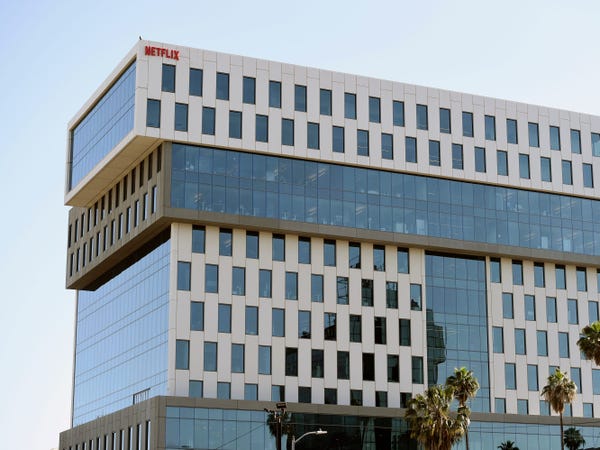 In a new interview with The Wall Street Journal last month, Hastings said he hasn't seen any upsides of remote work.

"No. I don't see any positives," Hastings told the Journal. "Not being able to get together in person, particularly internationally, is a pure negative. I've been super impressed at people's sacrifices."

Hastings said employees won't return to the office until there's a vaccine, however — likely six months after a vaccine is widely available, or once there are "a majority of people vaccinated."

In the future, Hastings expects the corporate world to shift to a four-day workweek where employees report to the office for four days and work remotely on the fifth.

Stripe is cutting pay for employees who relocate, but will also provide one-time bonuses. 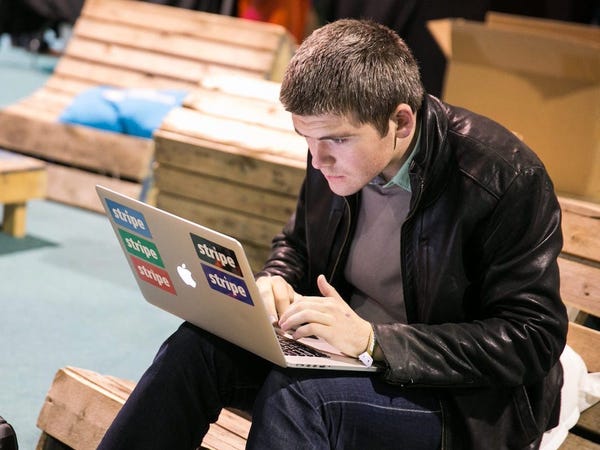 For Stripe employees based in major cities, the company has started offering a new deal: move out of New York, Seattle, or the Bay Area and take a pay cut — but also receive a $20,000 bonus, according to a Bloomberg report from last month.

Stripe employees may see as much as a 10% cut to their base salary for relocating. The offer will be available to anyone who decides to move before the end of 2020, Bloomberg reports.

Software company VMware has said employees may work remotely forever, but may take a pay cut. 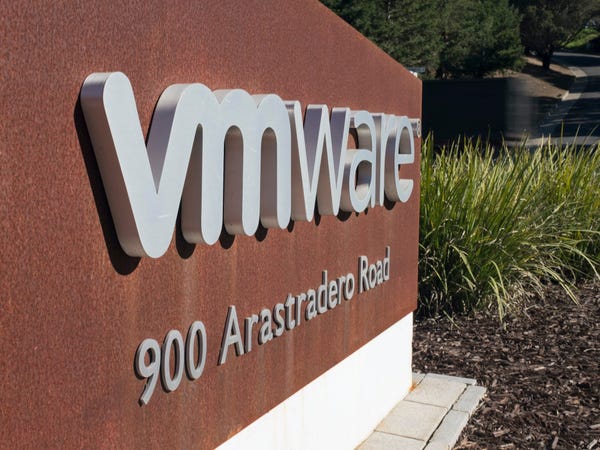 VMware told its employees earlier this year that they may work remotely on a permanent basis.

But recently, it decided to reduce the salaries of those who have moved to less expensive cities, according to a recent Bloomberg report. An employee who leaves the Bay Area and moves to Denver, for example, will see an 18% reduction in their salary, according to Bloomberg.

Software-maker Atlassian is allowing its 4,900 employees to work from anywhere. 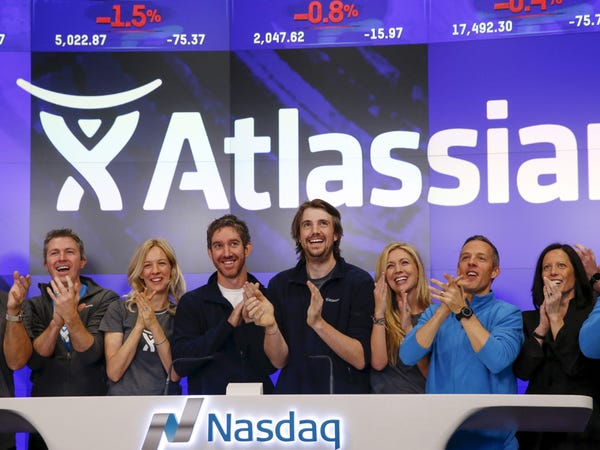 Atlassian told employees in August that employees may work from anywhere. The Australian company, which has 12 offices globally, told Business Insider its workers will have the option to work either entirely from home, at the office, or a combination of the two.

Related News:
Business News:
Steven Cohen's fund Point72 suffers 15% loss amid GameStop frenzy: NYT
Why are Apple Pay, Starbucks' app, and Samsung Pay so much more successful than other mobile wallet providers?
Anderson Cooper to MyPillow CEO: How do you sleep at night?
Levi’s CEO Says Baggy Jeans Are Making a Comeback
Dan Lin And His Rideback Production Banner Signs First-Look Deal With Universal Pictures
Recent Posts
This website uses cookies to improve your user experience and to provide you with advertisements that are relevant to your interests. By continuing to browse the site you are agreeing to our use of cookies.Ok