(CNN Business)Google has reached a settlement with six engineers who alleged the company unlawfully retaliated against them over their workplace organizing efforts.

The settlement, first reported by Vice News Monday, was confirmed by labor attorney Laurie Burgess, who represented the workers, as well as in a court filing Friday. 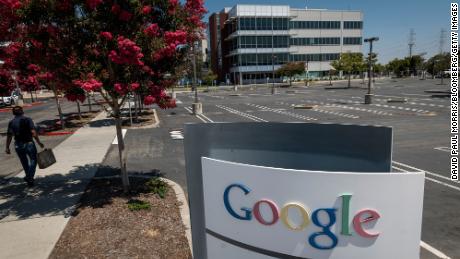 The deal ends two workplace-related legal fights for the tech giant: a high-profile National Labor Relations Board case, which kicked off with a trial on August 2021, and a lawsuit filed in November by three of the workers over an alleged breach of contract. The workers claimed Google violated an element of its code of conduct, which includes “Don’t be Evil” as a guidepost, when it fired them after organizing against its work with US Customs and Border Protection.

The company has previously denied retaliating against the workers, claiming that it terminated or disciplined employees over violating company policies. Terms of the settlement were not disclosed.

Google spokesperson Jennifer Rodstrom said in a statement: “We settled the NLRB charges and associated litigation, and are pleased for all sides to avoid years of legal proceedings. We’ve always supported our employees’ right to speak about working conditions, and we stand by our policies that protect the security of our systems and safeguard user, customer and employee data.”

The NLRB case dates back to December 2019, when the federal agency first filed a complaint against Google alleging it wrongfully applied workplace policies, such as restricting how calendars could be used, to target employees engaged in organizing activities. It also alleged that employees were unlawfully surveilled while organizing, interrogated about organizing activities, and placed on leave and terminated to discourage others from organizing. (A seventh employee, who was part of the initial complaint, reached a separate settlement with Google in 2021.)
The NLRB later added three workers to the case who had been involved with the Customs and Border Protection organizing efforts.

The NLRB case stalled when Google refused to turn over a trove of internal documents, which the company claimed were subject to attorney-client privilege or work product privilege; administrative judge Paul Bogas ruled against Google.
A number of the documents in question pertained to the company’s “Project Vivian” effort to discourage unionization and the company’s hiring of consulting firm IRI Consultants to help with the matter, according to Bogas’ ruling. Google’s Rodstrom said at the time that its teams “engage with dozens of outside consultants and law firms to provide us with advice on a wide range of topics, including employer obligations and employee engagement,” and that the company ultimately determined not to use the materials or ideas.)
One of the employees, Kathryn Spiers, had created a pop-up notification to make colleagues aware of their right to organize on Google’s community guidelines page and its anti-union website. Spiers was placed on administrative leave in late November 2019 and terminated two weeks later.

In a written statement Monday, Spiers expressed disappointment that documents pertaining to Project Vivian weren’t turned over and noted that “it takes a whole community, decentralized and taking a multitude of approaches, to have a chance at holding Google accountable.”
The settlement applies to four employees, including Spiers, who were terminated by the company in late 2019, and two additional employees who were allegedly “coercively questioned” by Google and unlawfully disciplined, according to Burgess.
Source: Read Full Article