BHP has trumped a bid by mining magnate Andrew Forrest to buy Canada’s Noront Resources while Rio Tinto announced plans to build a lithium mine in Serbia as the world’s biggest miners accelerate their push into metals poised to benefit from the green-energy transition.

BHP’s cash offer values the company at C$325 million ($351 million), or C$0.55 cents a share, and would trump a planned rival offer from Forrest’s Wyloo Metals. Noront’s board agreed to support the BHP bid, which is a 69 per cent premium to Noront’s closing price on Monday and 129 per cent higher than where the shares traded before Wyloo announced plans for its unsolicited bid. 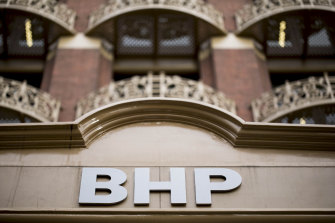 BHP is increasingly gearing its portfolio toward so-called commodities of the future, as investors put greater weight on resource companies’ environmental credentials. The company is in the process of exiting thermal coal and is considering getting out of oil and gas.

At the same time, it’s putting greater emphasis on metals like copper and nickel, needed to support the green revolution. Last week it sealed a nickel supply agreement with Tesla and is expected to sanction a giant potash project later this year.

Noront’s main asset is the Eagle’s Nest nickel and copper deposit in Canada’s Ring of Fire region. Nickel is a key component in lithium-ion batteries, used in electric vehicles – packing more into batteries and allowing producers to reduce use of cobalt, which is more expensive and has a less transparent supply chain. 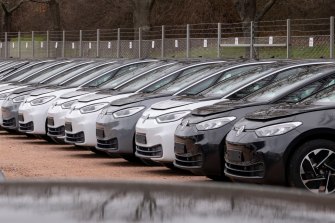 Rio’s new mine will allow it to produce lithium close to the key German carmaking industry.Credit:AP

Rio Tinto also announced plans to spend $US2.4 billion ($3.3 billion) building a lithium mine in Serbia. The mine will help the company diversify away from iron ore, which dominates its earnings, and will allow it to produce lithium close to the key German carmaking industry.

The world’s biggest miners are making record amounts of cash as they benefit from surging commodity prices from copper to iron ore. Yet so far, the companies have refrained from the huge deals that dominated the last super cycle and instead focused on returning record amounts to shareholders.

Still, there is increasing signs that the sector is willing to make small bets on early stage projects, especially in copper. In May, Rio acquired a stake in a Canadian copper project, while BHP has been building its stake in a company planning to develop a giant copper mine in Ecuador.

The offer is conditional on acceptance by more than 50 per cent of the Noront common shares, excluding a small stake that BHP already owns.

Wyloo Metals, which owns about 25 per cent of Noront, in May said it intended to make an offer to buy the company.