THREE new species of sharks have been found off the coast of New Zealand and they all glow in the dark.

The amazing creatures were discovered by researchers hundreds of feet below the surface of an oceanic area called the Chatham rise. 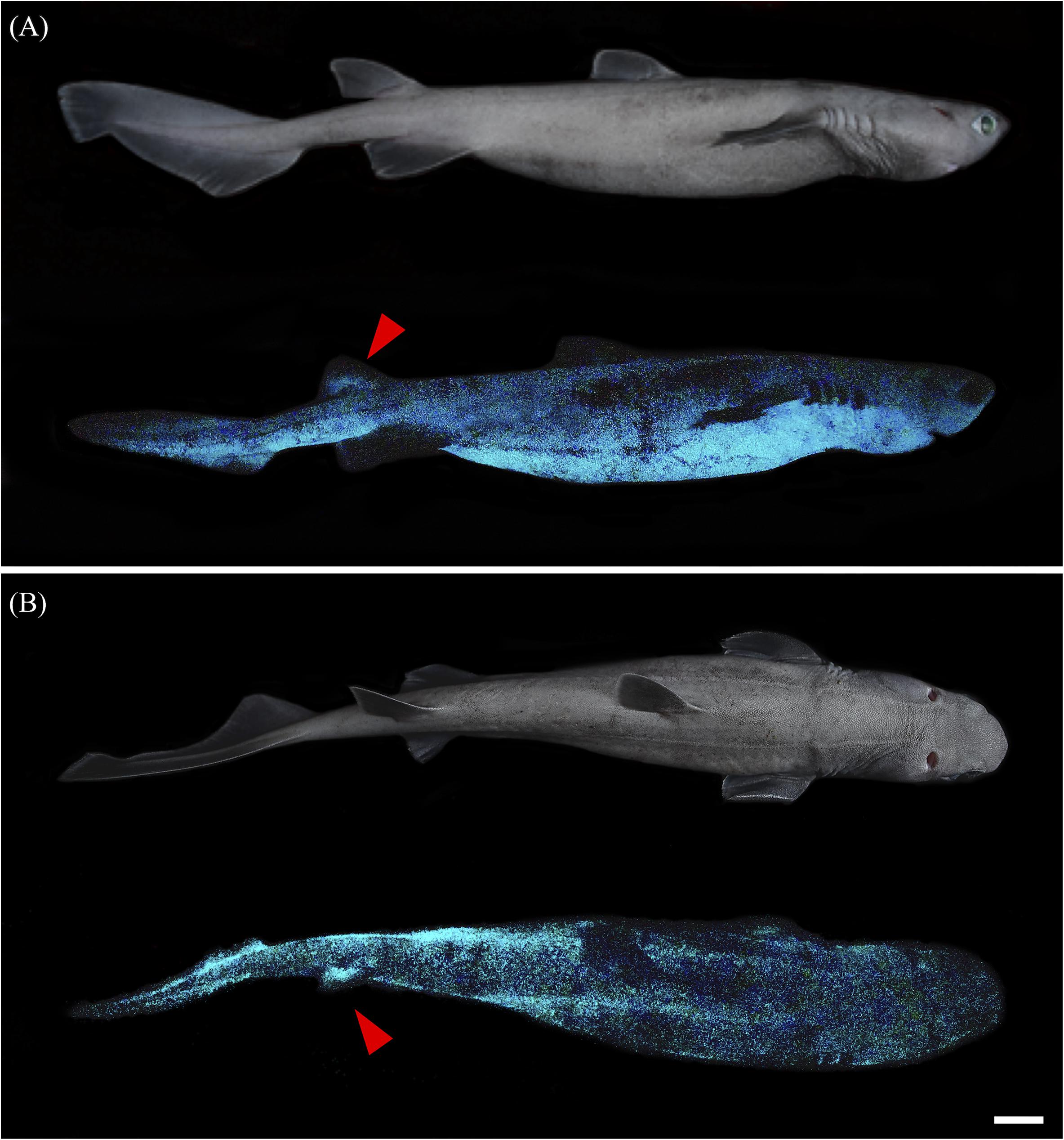 The sharks are called the kitefin shark, the blackbelly lanternshark and the southern lanternshark.

Scientists actually found them back in January 2020 but they've just published a study that particularly focuses on the kitefin shark.

That's because the kitefin shark has been awarded the title of the largest known underwater creature that glows in the dark. 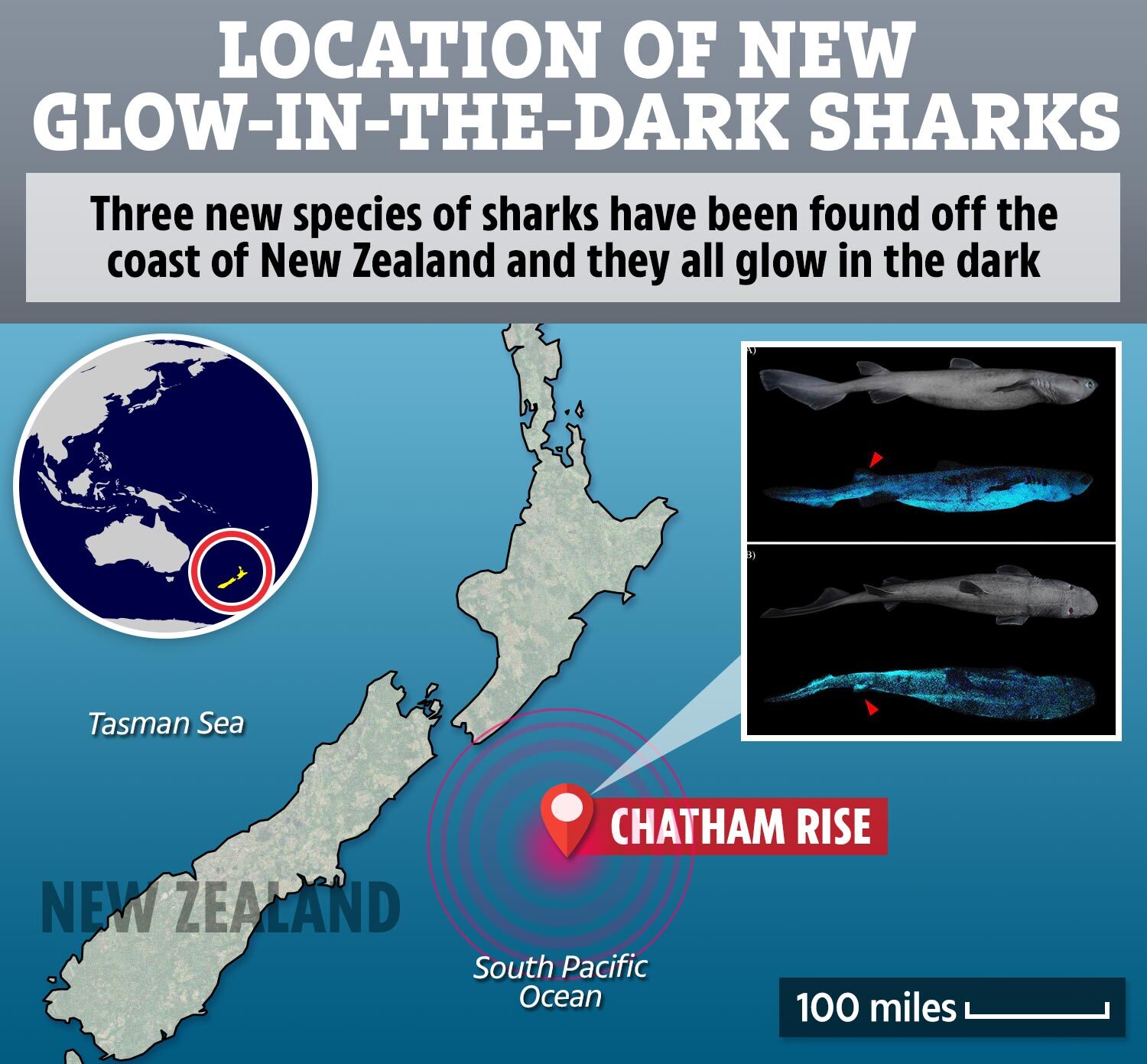 That's probably why it's taken so long to discover them.

They eat other sharks, fish and crustaceans.

Kitefins can grow to almost six feet, that's around the average size of a human man.

Researchers now refer to it as a "giant luminous shark" but it's nowhere near as big as a great white shark, which can grow to over 20 feet. 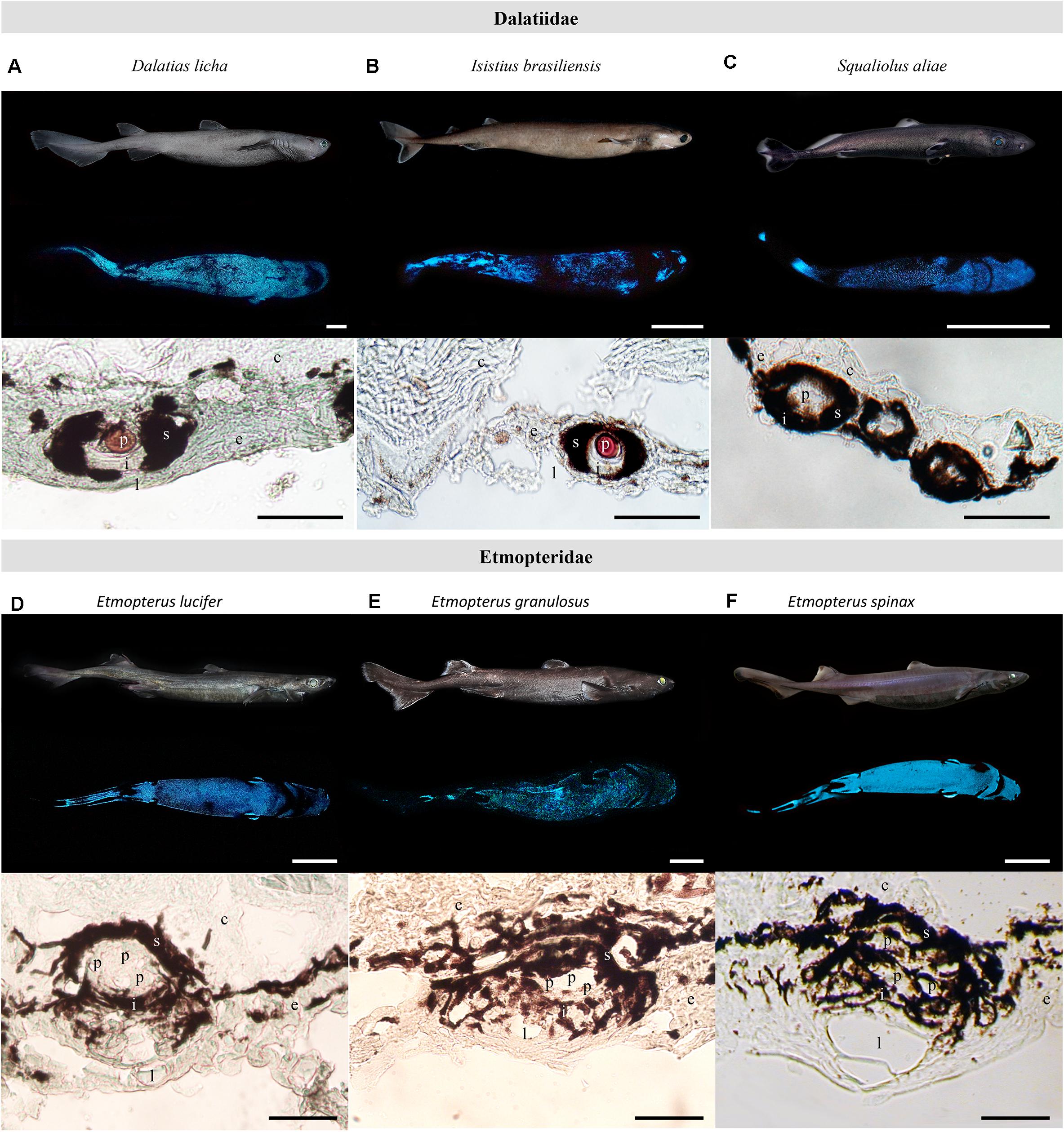 The study was conducted by marine biologists from Belgium and New Zealand.

It's been published in the Frontiers in Marine Science journal.

The researchers wrote: "Bioluminescence has often been seen as a spectacular yet uncommon event at sea but considering the vastness of the deep sea and the occurrence of luminous organisms in this zone, it is now more and more obvious that producing light at depth must play an important role structuring the biggest ecosystem on our planet."

All three sharks were found in a region of the sea called the "twilight zone".

It's thought the sharks use their glow to attract or hide from prey at these depths and may even use it to confuse potential predators.

However, the kitefins are so large they don't have many predators.

Researchers will continue to study them to find out exactly why they glow.

They wrote: "Studying light emission of the kitefin shark, the blackbelly lanternshark, and the southern lanternshark, might increase our understanding of their bioluminescence functions, and possible prey-predation relationships between these species."

More glow in the dark animals

Here’s some other creatures that light up…

Glow-worms – glow-worms are actually lots of different types of insect larvae that glow in the dark, most people associate them with fireflies

Land snail – the tropical species, Quantula striata, is the only land snail known to produce light

In other animal news, a puppy born with six legs and two tails has been hailed as a miracle by stunned scientists.

Paralysed mice have walked again thanks to a break-through gene therapy that's created hope for the millions of humans with paralysis.

And, a deer was found in the US with hair growing out of its eyeballs.

What do you think of the glow in the dark sharks? Let us know in the comments…