Georgia Secretary of State Brad Raffensperger on Monday said his office is investigating more than 250 claims of voting irregularities connected with the November election.

Speaking to reporters from the state Capitol Monday, Raffensperger said his office is investigating any credible claims that groups are working to register ineligible people to vote ahead of a high-profile runoff election for Georgia's two U.S. Senate seats. He said his office's 23 investigators are also continuing to look into allegations of problems with absentee ballots, as well as claims of people who voted twice, people who cast a ballot in a dead person's name, and non-residents who voted in Georgia. 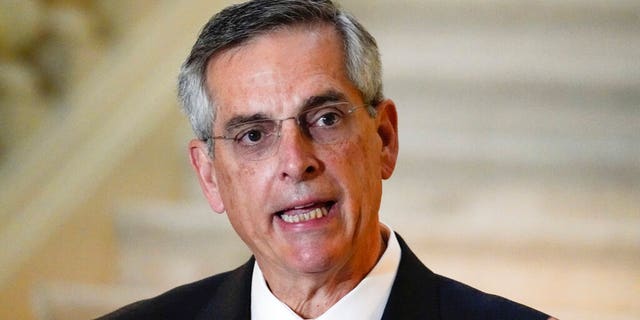 Gabriel Sterling, a top official in Raffensperger's office, said more than 250 cases have been opened, but there has been nothing so far that jumps out as being likely to change the outcome of the election.

Raffensperger also hit back at allegations of widespread fraud, saying those that perpetuate them “are exploiting the emotions of many Trump supporters with fantastic claims, half-truths, misinformation and, frankly, they're misleading the president as well, apparently.”

The secretary of state's office is looking into a sworn statement from a Republican official in Gwinnett County, in Atlanta's northeastern suburbs, that says there were more absentee ballots than absentee ballot envelopes, Raffensperger said.

"This is the kind of specific charge that our office can investigate and ascertain the truth," he said.

County election workers around the state are currently working on a recount of the presidential race that was requested by the Trump campaign, and Raffensperger said he expects them to finish by the Wednesday night deadline. Under state law, the losing candidate can request a recount when the margin is less than 0.5%. Certified results showed Trump losing to Biden by 12,670 votes, or 0.25%.

The recount, which is being done using scanners that read and tabulate votes, is the third time the votes in the presidential race are being counted in Georgia. After the initial count following Election Day, Raffensperger selected the presidential race for an audit required by state law. Because of the tight margin, he said, the audit required the roughly 5 million votes in that contest to be recounted by hand.