Booming international gas prices have delivered another huge revenue boost for Origin Energy as the Albanese government faces intensifying public pressure to intervene in the market and shield Australian consumers from the worst impacts of the global energy crunch.

Origin, one of the nation’s largest electricity and gas companies, on Monday reported that revenue from its jointly owned Queensland gas-production venture, Australia Pacific LNG (APLNG), had risen 64 per cent to $2.7 billion in the September quarter compared with the same time last year. 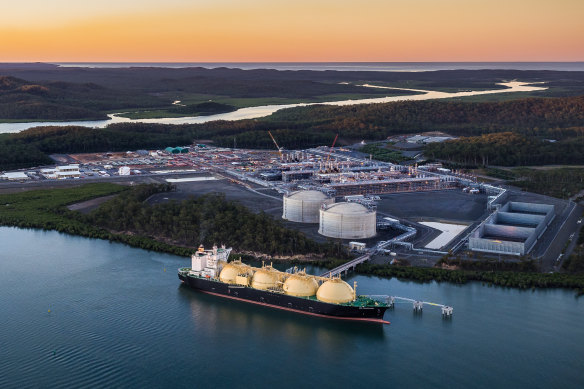 Demand and prices for Australian LNG have risen amid a global energy crisis.

Origin chief executive Frank Calabria described APLNG’s quarterly revenue as “very solid”, but noted it had been partially influenced by the impact of wet weather and planned maintenance. He also said the venture was ensuring it continued to meet its obligations to Australian east-coast domestic gas buyers as well as sending LNG shipments overseas. Origin said domestic gas prices had remained significantly lower than export prices.

“Australia Pacific LNG continues to fulfil its commitment to supply the domestic market, providing it with 52.6 petajoules of gas during the quarter,” Calabria said.

Australia’s large exporters of liquefied natural gas including APLNG, a joint venture including Origin, China’s Sinopec and US-based ConocoPhillips, have been beneficiaries of this year’s increasingly tight market conditions as Western nations turn away Russian oil and gas, race to lock in alternative cargoes and deepen an ongoing energy supply crunch.

Higher prices for oil and gas are driving stunning jumps in sales revenue for companies including Origin, Santos and Woodside, but are also unleashing economic pain for Australia’s domestic energy markets, where gas is burned to generate electricity, used in household cooking and heating, and is a key input in a range of industrial processes.

In the three months to September 30, the average spot gas price on Australia’s east coast was $26 a gigajoule – slightly lower than the $29 a gigajoule recorded in the previous quarter, but more than double the $11 a gigajoule in the same period last year.

A meeting of state and federal government energy ministers last week met to consider ways to respond to forecasts of rapidly rising prices of electricity and gas over the coming year, including possible export curbs or price caps on gas sold on the eastern seaboard.

“Everything has to be on the table,” Federal Energy Minister Chris Bowen said. “We have committed to consider all options on stronger action, on stronger regulation as a matter of urgency.”

The Australian Petroleum Production and Exploration Association, which represents large oil and gas companies, has fired a warning to the federal government about the risk of uncertainty and “changing policy settings” it says could stifle the investments the industry needs to develop new supplies that could help bring prices down.

“The industry has announced more than $20 billion in investment in recent years, but moratoriums and regulatory uncertainty are impacting future investment opportunities.”

Also on Monday, Origin foreshadowed an improved outlook for its LNG trading business, particularly in the 2025 financial year, where hedging at favourable market prices had resulted in expected earnings of between $350 million to $550 million.

And Origin-backed Octopus Energy had become the UK’s second-biggest energy retailer, the company said, after it acquired 2.5 million customer accounts from rival Bulb, which collapsed under soaring energy prices.

Octopus, which is 20 per cent owned by Origin, now has more than 8 million customer accounts.