Rep. Tom Reed, R-N.Y., criticizes Gov. Cuomo’s nursing home order and explains why he might challenge him in the 2022 race.

President Biden’s attorney general pick Merrick Garland cited the critical work of prosecuting pro-Trump rioters who stormed the Capitol on Jan. 6 and said “we do not yet have equal justice” in the U.S. in testimony prepared for his confirmation hearing.

Garland’s opening statement was released ahead of his Monday appearance before the Senate Judiciary Committee.

“If confirmed, I will supervise the prosecution of white supremacists and others who stormed the Capitol on January 6 — a heinous attack that sought to disrupt a cornerstone of our democracy: the peaceful transfer of power to a newly elected government,” Garland’s opening statement reads. “That critical work is but a part of the broad scope of the Department’s responsibilities.”

Biden introduced Garland as his nominee for the role of attorney general on Jan. 7, one day after pro-Trump rioters stormed the Capitol as lawmakers met to confirm the president’s election victory. In a press conference at the time, Biden presented Garland’s nomination as an essential step to restore the rule of law. 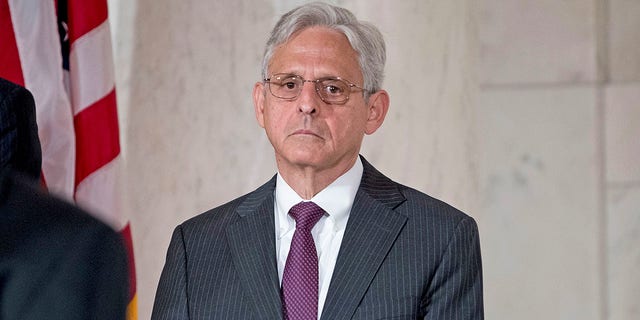 Garland will also discuss his “urgent” mission to uphold all Americans’ civil rights after a summer of racial justice protests in the wake of the death of George Floyd.

“That mission remains urgent because we do not yet have equal justice,” Garland’s opening statement reads. ‘Communities of color and other minorities still face discrimination in housing, education, employment, and the criminal justice system; and bear the brunt of the harm caused by pandemic, pollution, and climate change.”

Garland will also cite the Justice Department’s work protecting Americans from corruption in the abstract. As attorney general, Garland would inherit leadership of a Justice Department that has an active investigation into the tax affairs of Biden’s son Hunter, who drew scrutiny in recent months over his business dealings in China and Ukraine. Biden has pledged not to interfere with the ongoing investigation.

Garland could also face questions during the Senate hearing about a possible investigation of New York Gov. Andrew Cuomo. Senate Republicans plan to ask Garland about whether he will investigate the governor’s alleged cover-up of nursing home coronavirus deaths.

Garland, who had been serving on the D.C. Circuit Court of Appeals, worked at the Justice Department — including as a supervisor in the Criminal Division — before becoming a judge.