PAC-MAN pounces on a ghost in an amazing radar image “drawn” by a gaming-fan pilot.

The power-pill munching computer character was spotted by fans on a flight tracker website. 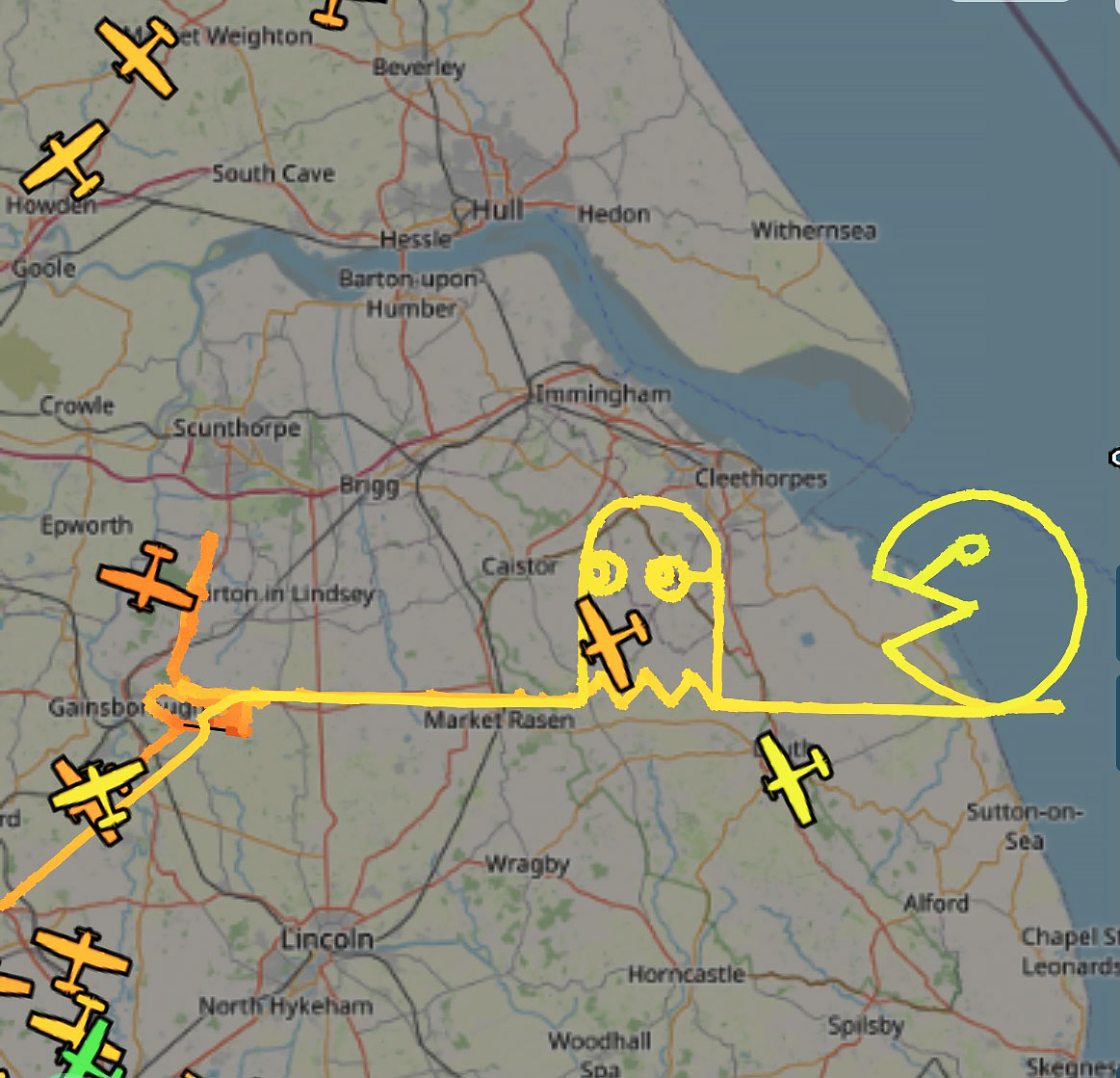 The pilot spent an hour tracing the route after taking off from Retford Gamston Airfield, Notts, on Sunday.

They flew north to start the creation over the Lincolnshire Wolds then headed east to trace the ghost.

The pilot began Pac-Man by flying over the coast near Mablethorpe.

The pilot dropped speed and came in to create more intricate features like eyes on the ghost and zig-zags underneath before landing back at Retford.

Aircraft enthusiast Paul Rickett shared the image and wrote: “Someone has had some fun this morning.” 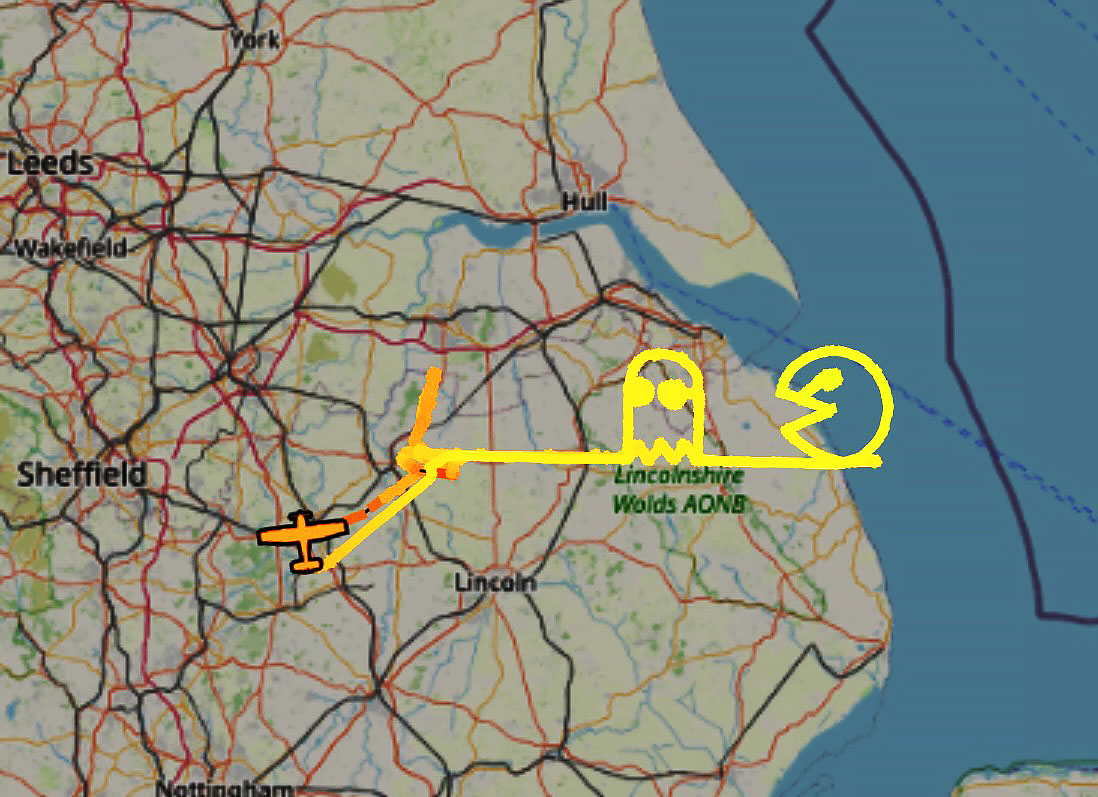 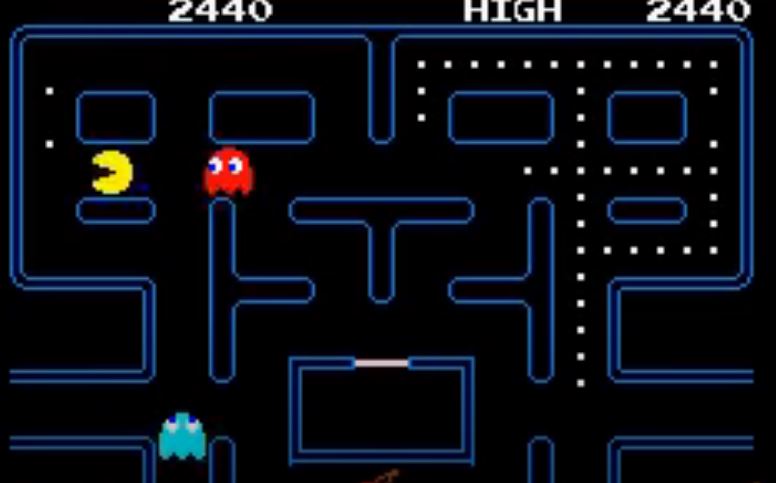 In June, a pilot for Australia’s national airline Qantas “drew” its logo on its last Boeing-747 flight.

In November, two pilots were investigated for sketching a penis-shaped flightpath over Russia.

And in April a pilot left a “F*** Covid-19” message over his home state of Maryland, US.