Fox News Channel was the most-watched cable news network in both total day and primetime viewers for the 14th straight week as scandal-plagued CNN struggles to remain relevant.

CNN’s left-wing media pundit Brian Stelter managed to set a yearly low yet again as viewers continue to ignore “Reliable Sources.” Stelter has delivered eight-straight telecasts that failed to draw one million viewers and the May 23 edition hit rock bottom when it averaged only 763,000 viewers for a 2021 low.

Stelter has found it difficult to attract viewers during the Biden era. The liberal pundit claims to “examine the story behind the story” but perhaps he should probe what happened to his audience as he hemorrhages viewers at an alarming rate. Fox News’ “MediaBuzz,” which is Stelter’s direct timeslot competition, beat the CNN media show by a whopping 52 percent. 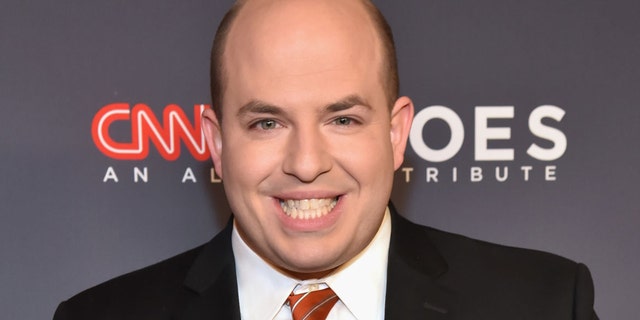 Meanwhile, Fox News averaged 2.1 million primetime viewers to dominate all of basic cable during the hours of 8-11 p.m. for the week of May 17-23, as MSNBC finished second with an average of 1.5 million. ESPN, TNT and HGTV rounded out the top five, as CNN settled for seventh with an average of only 829,000. CNN’s struggling primetime lineup has now finished behind both Fox News and MSNBC for 17 straight weeks.

When it comes to total day viewers, Fox News was the only basic cable network to surpass the one-million viewers plateau with an average of 1.2 million. MSNBC finished second with an average of 842,000 and ESPN finished third with an average of 764,000 viewers. HGTV and CNN joined them among the top five, but CNN’s 569,000 average viewership was less than half of FNC’s audience.

CNN had its worst week since Sept. 2019 and has finished behind both Fox News and MSNBC in the total day category for 14 consecutive weeks. “Reliable Sources” wasn’t the only show contributing to CNN’s problems, as “CNN Newsroom,” “Don Lemon Tonight,” “Erin Burnett OutFront,” “The Lead with Jake Tapper,” “The Situation Room,” “Cuomo Prime Time” and “New Day” all hit yearly lows in various categories.

The troubled “Cuomo Prime Time” had its worst week across the board as namesake host Chris Cuomo has been engulfed in a series of embarrassing scandals that forced even liberal observers to bash the lack of journalistic ethics at the network. Cuomo, the little brother of embattled New York Gov. Andrew Cuomo, D., was forced to address a stunning report from the Washington Post revealing he participated in strategy sessions earlier this year to address sexual harassment allegations against the governor.

The “Cuomo Prime Time” host admitted it was a “mistake” and offered an apology to his CNN colleagues for putting them in a “bad spot.” His mea culpa was panned by critics.

CNN’s “New Day” continues to be a black eye for the network as the recently revamped program has averaged less than 500,000 viewers for four consecutive weeks and was trounced by “Fox & Friends.”

“Fox & Friends” averaged 1.1 million viewers to top every CNN program, regardless of timeslot.