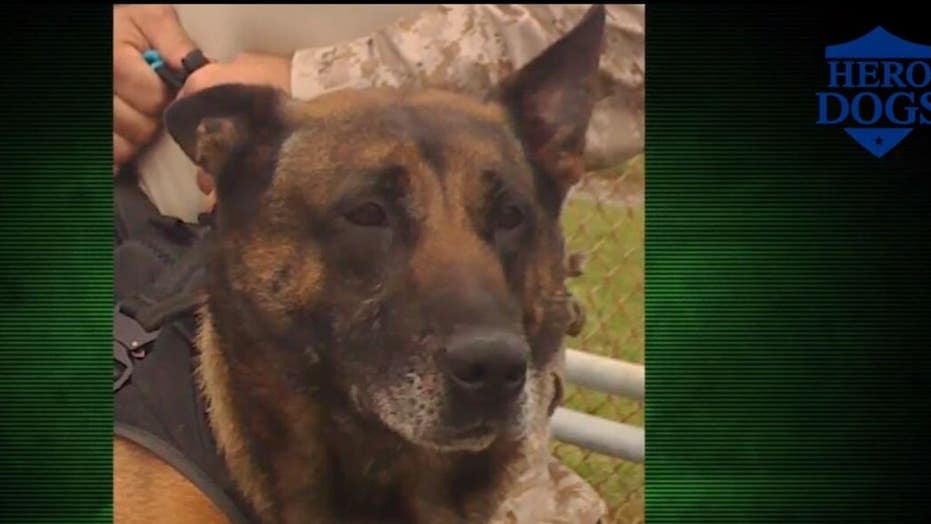 Remco and Cairo engaged in two very different missions, and only one survived his – but military members say their heroism should be remembered.

The Fox Nation feature comes as President Biden has decided all troops will be removed from Afghanistan by September 11, a decision met with praise from some quarters and derision from others.

During a 2009 mission, of which the outlet Stars & Stripes reported the Pentagon would neither confirm or deny was a search for the alleged deserter, K9 Remco and his human brothers touched down in a remote area of Afghanistan under gunfire – in proximity, they believed, to where Sgt. Robert “Bowe” Bergdahl of Idaho was being held in captivity.

The men first returned fire on the Taliban militants, who were staging near a small shack.

Platoon leader and Navy SEAL Jimmy Hatch said that there were two enemy fighters maneuvering around a field to rebuff the Americans purportedly seeking Bergdahl’s location.

Handler Michael Toussaint told Fox Nation it was a very chaotic scene, with women and children running around while his platoon was trying to find the two insurgents apparently stalking them.

Remco led the two soldiers in toward the field, and soon the human soldiers spotted them. 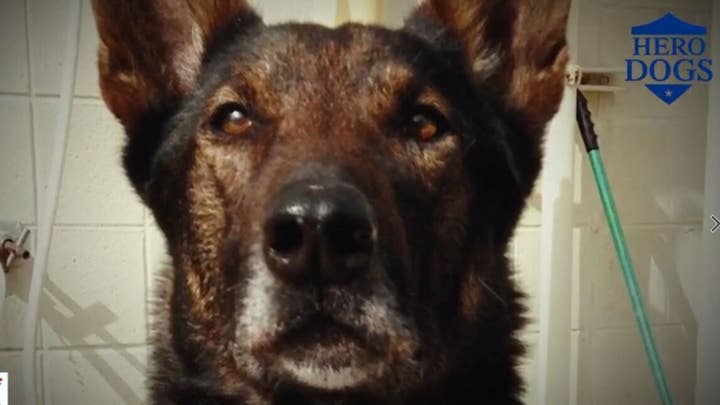 Stars & Stripes reported at the time that at first, Toussaint felt anger at the insurgent fighters who had badly wounded his friend and killed his K9. But that anger later turned toward Bergdahl, because the trio had been put in that situation “all because of a selfish person that just put all of us at risk.”

Later, Bergdahl pleaded guilty to desertion and misbehavior before the enemy and was dishonorably discharged.

In another vignette on Fox Nation’s Hero Dogs, Cairo, a SEAL K9 who took part in the Usama Bin Laden raid near Abbottabad, Pakistan, was featured.

During a separate 2009 raid in Afghanistan, handler Will Chesney watched as Cairo inexplicably ignored a harmless child while raiding a home – sniffing the toddler, he moved on and immediately chomped onto an enemy male, nearly severing his arm, according to the New York Post.

During the Bin Laden raid, Chesney and Cairo were in the second helicopter to land at the compound. By the time they made it inside and cleared the first few floors, they met a fellow SEAL coming down from upstairs, informing them Bin Laden had been killed.

However, the crash-landing of the first helicopter had drawn attention, and Cairo reportedly raced outside to keep the crowd at bay while the military collected important documents and technology from Bin Laden’s cache.

Fox Nation programs are viewable on-demand and from your mobile device app, but only for Fox Nation subscribers. Go to Fox Nation to start a free trial and watch the extensive library from Tomi Lahren, Pete Hegseth, Abby Hornacek, Laura Ingraham, Ainsley Earhardt, Greg Gutfeld, and many more of your favorite Fox News personalities.