(CNN Business)A federal judge presiding over a high-stakes antitrust lawsuit between Apple and Epic Games — maker of the popular video game Fortnite — repeatedly slammed Epic on Monday on its legal theories and tactics in the company’s case against the iOS App Store, a court battle that could reshape the digital economy.

Epic is seeking a temporary court order that would force Apple to unblock Fortnite from its iOS App Store. Apple removed the game in August after Epic pushed a software update to the app that allowed players to circumvent Apple’s proprietary in-app payment system — a move that is contractually prohibited. 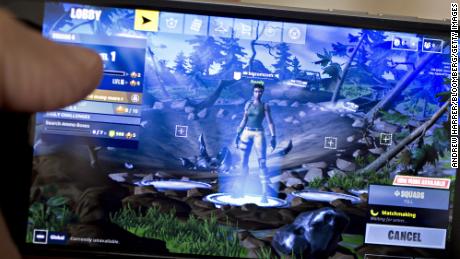 The case is considered a potentially landmark suit, one that tests the frontiers of antitrust law, said Judge Yvonne Gonzalez Rogers of the United States District Court for the Northern District of California. She did not give a timeframe for a decision on the injunction. She also said that given her schedule, the case is not likely to go to trial until July 2021. And, she added, she would prefer the case be tried before a jury.

Monday’s arguments will not determine the final outcome of the lawsuit — only whether Gonzalez Rogers grants Epic’s request for a preliminary injunction. But the court clash, which was livestreamed on Zoom, offered a preview of what a jury could hear next summer, as well as a peek into the judge’s early views in the case.
Epic Games declined to comment. Apple did not immediately respond to a request for comment.

Judge Gonzalez Rogers looked skeptically at many of Epic’s claims, explicitly telling the company several times in the hearing she was not persuaded by its arguments or its strategy.
Epic knew that it was breaching its contract with Apple when it published the update, but did it anyway, she said, accusing the company of dishonesty.
Apple has justified its app store policies partly as a way to protect consumers from security risks and malicious software. Epic has countered that it is a credible business that has been on the iOS App Store for years and poses no security threat. But Gonzalez Rogers said that is not the issue.
“You did something, you lied about it by omission, by not being forthcoming. That’s the security issue. That’s the security issue!” Gonzalez Rogers told Epic. “There are a lot of people in the public who consider you guys heroes for what you guys did, but it’s still not honest.”
Epic’s attorneys acknowledged that the company breached its agreement with Apple but claimed Epic was simply refusing to comply with an anti-competitive contract, and that forcing a legal battle was part of Epic’s plan.
“When you are taking on the biggest company in the world, and you’re taking it on where you know it’s going to retaliate, you don’t lie down in the street and die,” said Epic’s attorney, Katherine Forrest. “You plan very carefully on how you’re going to respond.”
Gonzalez Rogers’ pique with Epic extended to many of the company’s legal theories. Epic has alleged that Apple, through its developer rules, is abusing its tight grip on the iOS App Store to harm innovation, competition and consumers in the market for iOS app sales.
Tens of millions of iOS users have been harmed, Epic alleged, by what it described as a retaliatory decision by Apple to remove Fortnite from the iOS App Store. The decision reflects Apple’s ironclad control and unlawful monopoly maintenance, Epic argued.
It also cited Apple’s in-app payment system as an example of illegal tying — when a company bundles two products together for anti-competitive gain.
But there is no tying going on with Apple’s in-app payment system, Gonzalez Rogers observed.
“I’m not particularly persuaded,” she said of the in-app payment mechanism. “I just don’t see this as a separate and distinct product.”
Nor did the judge buy Epic’s argument that Apple has harmed the distribution of Fortnite because of Apple’s exclusive control of the iOS App Store. Fortnite players on iOS have a variety of choices to access the game even if it is no longer available on iOS, she said.
“Walled gardens have existed for decades,” she said. “Nintendo has had a walled garden. Sony has had a walled garden. Microsoft has had a walled garden. What Apple’s doing is not much different… It’s hard to ignore the economics of the industry, which is what you’re asking me to do.”
For its part, Apple alleged that Epic CEO Tim Sweeney is attempting to lead a developer revolt that cuts at the heart of Apple’s business model.

“Mr. Sweeney is trying to be the Pied Piper of other developers,” said Apple lawyer Ted Boutrous. He said Epic wants others to “cheat, breach [their] agreement [and] sneak in software to bypass app review.”
A finding in Epic’s favor would be a “green light to other companies and that would be very dangerous,” he argued.
Source: Read Full Article