Former Wallabies front rower Bill Young has sold popular Glebe watering hole the Friend in Hand hotel for an estimated price of $11 million to the private Momento Hospitality group as deals in the pub sector steam ahead.

It comes only two years after the Young family bought the pub in Sydney’s inner west back from long-term owners the Byrne family for about $10 million and undertook some renovations, only to get hit by the global COVID-19 pandemic which forced hospitality venues to shut down.

Bill Young bought the Glebe hotel before his family’s acquisition of the Illinois Hotel in Five Dock and the Royal Hotel in Ryde in Sydney last year. Tapping into the current pub deal frenzy, he chose to sell the Friend in Hand to focus on the two other pubs. The family had previously owned and operated the Friend in Hand during the 1980s and into the1990s. 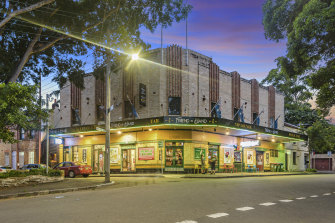 The sale marks the 13th hotel sale in as many days, pushing the value of all deals in the past 12 months to more than $1.3 billion. The Young family was advised by HTL Property’s Andrew Jolliffe, Dan Dragicevich and Sam Handy.

The Friend in Hand, known for its crab races, sits on the corner of Cowper and Broughton Streets and has been a favourite watering hole for the communities of Glebe and Pyrmont since its inception as a hotel in 1858.

For the purchaser Momento Hospitality, it will add to its portfolio of large-format hotels predominantly situated within the North-West growth corridor of Sydney. The group’s chief executive Marcello Colosimo said last year he had plans to expand the empire that comprises the Bella Vista Hotel in the Hills District, the Governor in Macquarie Park and the Duke of Dural.

The group has been looking to expand to the inner-city hotel market to take advantage of rapidly rising commercial property values.

According to pub owners and operators, the flurry of red-hot deals in the industry is driven by a combination of factors including patrons’ regained freedom of movement after the pandemic, capital growth from the rise in underlying land values, and sales from gaming and improved food offerings.

Further west in Bankstown, the Sports Hotel is also for sale and marks the first hotel to be put on the blocks in the area in 20 years.

JLL Hotels managing director John Musca that said in the rapidly consolidating asset class of hotels, the Sydney pub market has seen an “extraordinary level of liquidity over the past 12 months”.

Recent sales include the Vineyard Hotel for $68 million, the Carousel Hotel for $54 million and the Lansvale Hotel for $40 million, all sold at yields of around 4 per cent on current earnings.

“The Rose & Crown Hotel, Parramatta also recently sold for $42.5 million, and a further $250 million of gaming and wagering-centric assets are currently transacting across the metropolitan area as the hotel sector witnessed a generational change in long-term ownership profile,” Musca said.