Former Rep. Dana Rohrabacher (R-Calif.) penetrated the police barricades at the Capitol on Jan. 6 and blamed “leftist provacateurs” for the subsequent siege of the building. But he did not breach the Capitol, according to reports.

The Orange County Register called him “the highest profile politician known to be on the ground that day.”

The right-wing ex-lawmaker was identified in images by the anonymous group Capitol hunters, who posted a photo of him among a pro-Trump mob that was 500 feet beyond the restricted area.

Rohrabacher confirmed it was him on Monday. He told the Press Herald in Maine, where he now lives, that the 2020 election was fraudulent and should be protested, but he “was not there to make a scene and do things that were unacceptable.”

Rohrabacher said demonstrators who did enter the building “gave the left the ability to direct the discussion of what was going on in a way that was harmful to the things we believe in.” The Orange County politician, who lost a reelection bid in 2018, echoed a false Republican conspiracy theory that “leftist provocateurs” encouraged the throng to storm the building.

There’s no evidence that Rohrabacher entered the building or committed acts of violence. Hundreds have been charged in the Jan. 6 riot fomented by the widespread lie that the election of President Joe Biden was rigged. 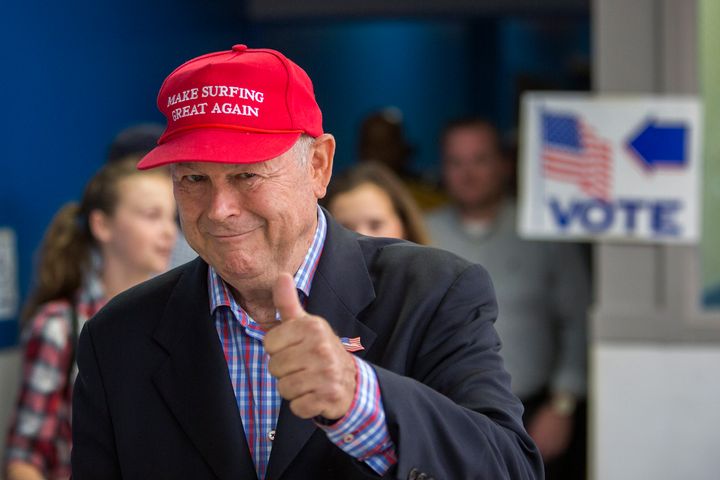 During his 30-year reign in Congress, Rohrabacher became known for being one of Russian President Vladimir Putin’s “most vocal defenders,” The Washington Post wrote.