The only two living former Republican presidents are taking opposite sides in the nasty intra-GOP battle to oust Rep. Liz Cheney of Wyoming from Congress.

Former President George W. Bush will headline a fundraiser for Cheney on Oct. 18 in Dallas, a Republican source familiar with the event confirmed to Fox News on Wednesday morning.

Cheney is the daughter of former Vice President Dick Cheney, who served as Bush’s vice president during his two terms (2001-2009) in the White House.

Bush’s appearance at the event – he’s listed on the invitation as a “special guest” – is his first helping fellow Republicans running in the 2022 midterm elections. Word of the fundraiser was first reported by the Wall Street Journal.

But Bush’s move puts him at odds with former President Donald Trump , who has launched a full court press to defeat Cheney as she runs next year for a fourth two-year term representing the entire state of Wyoming in the House.

Stepping up his efforts, Trump backed one of the candidates hoping to defeat Cheney in next year’s election. The former president endorsed lawyer and former gubernatorial candidate Harriet Hageman, writing in a release put out by his political action committee that “Harriet is all in for America First.”

And Trump slammed Cheney as “RINO,” which stands for “Republican in name only.” And Trump charged that Cheney, who has followed in her father’s footsteps as a strong advocate for a muscular U.S. national security and military stance overseas, was a “warmonger and disloyal Republican.”

Cheney, a longtime vocal GOP critic of Trump, was the most senior House Republican to vote to impeach the then-president on a charge of inciting the deadly Jan. 6 insurrection at the U.S. Capitol by right-wing extremists and other Trump supporters, who aimed to disrupt congressional certification of Trump’s presidential election defeat to now-President Biden.

Cheney immediately came under verbal attack by Trump and his allies, but in February she easily crushed an effort by Trump loyalists in the House to dump her from her leadership position as House Republican Conference Chair.

Trump continued to target Cheney, as well as the other nine House Republicans who voted to impeach him and the seven GOP senators who voted to convict the now-former president in his impeachment trial in February. And in May she was ousted from her No. 3 House GOP Republican leadership position.

Cheney has been very vocal in emphasizing the importance of defending the nation’s democratic process, and in May gave a well-covered speech in the House chamber about putting love and defense of the country above partisan politics. She’s currently one of only two Republicans serving on a special committee organized by House Democrats to investigate the insurrection at the Capitol.

After Trump pilloried Cheney as “the Democrats number one provider of soundbites,” she fired back on Twitter, writing “Here’s a sound bite for you: Bring it.”

After making his endorsement, Trump and his allies successfully urged some, but not all, of the other anti-Cheney candidates to drop out of the primary and coalesce around Hageman.

The attacks this year by Trump have fueled Cheney’s fundraising. She raised a record $1.5 million during the first three months of the year, and as Fox News first reported, the congresswoman topped that with a roughly $1.9 million haul during the April-June second quarter of fundraising. Former Republican House Speakers John Boehner and Paul Ryan have helped raise campaign cash for Cheney. 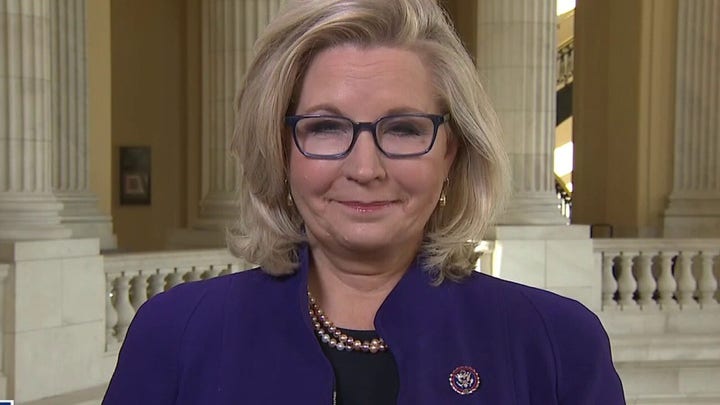 Bush’s fundraising appearance for Cheney will come a month after he appeared to indirectly take aim at Trump over the deadly Jan. 6 attack. During a speech commemorating the 20th anniversary of the horrific 9/11 attacks, Bush urged Americans to push back against the threat from domestic terrorists, which he compared to extremists from overseas.

Bush has long been a target of Trump, who repeatedly criticized the former president as he ran for the White House in 2016. Following Bush’s 9/11 comments, which grabbed national attention, Trump spotlighted that “the World Trade Center came down during his watch” and charged that “Bush led a failed and uninspiring presidency. He shouldn’t be lecturing anybody!”