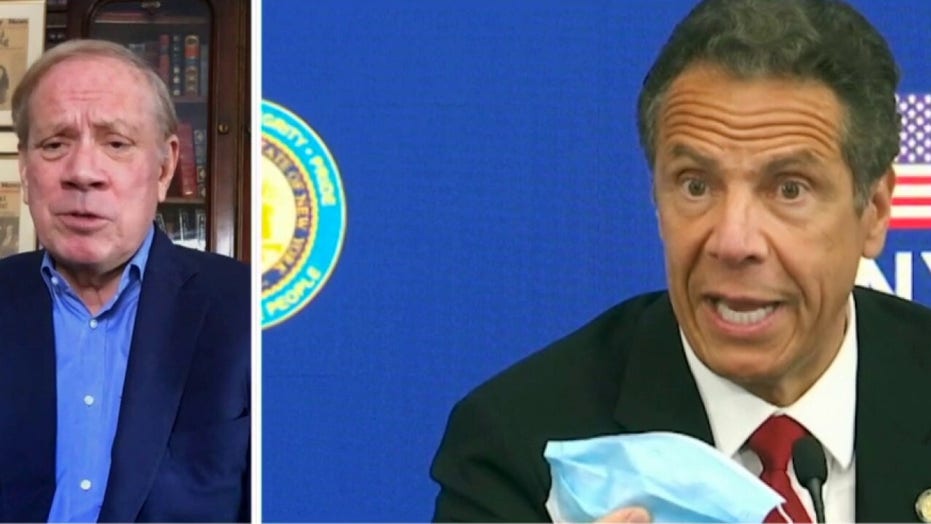 New York Gov. Andrew Cuomo’s handling of the coronavirus pandemic has reached “a new low” after an official report revealed state officials may have underreported coronavirus-related nursing home deaths by as much as 50%, former Gov. George Pataki said Thursday.

“For months, legislators [and] everyone [else] have been trying to get the numbers from the governor’s office and they stonewalled,” Pataki told “The Story”. “Now we know why. They were misrepresenting it from the beginning.”

Pataki added that he had warned for weeks in the early days of the pandemic that Cuomo and New York State Health Commissioner Howard Zucker were doing the exact wrong thing by ordering COVID-positive patients back into nursing homes and elder care facilities.

According to the report from the office of Democratic Attorney General Letitia James, the potential tally of nursing home deaths could be closer to 13,000 rather than the official count of more than 8,000.

“I know about leading in a crisis,” Pataki told host Trace Gallagher. “You have to do two things. You want to make the right decisions, or if you make a decision you question, change it. Secondly, communicate honestly with the people.”

Pataki said Cuomo had “failed miserably” at pandemic response and was egregiously tone-deaf when he told a cable news interviewer this week that “incompetent government kills people.”

“That’s one of the few things that he got right,” Pataki replied. “He is the one that dictated that nursing homes take COVID-positive patients … I was one of the first to say this is idiotic and going to kill people.”

Pataki said he supports a call from U.S. Rep. Elise Stefanik, R-N.Y. for further investigation into Cuomo, adding that unlike past corruption probes that have been self-canceled by the governor, the investigation in this case should not be overseen by the executive branch in Albany.

Cuomo is not the only Democrat under fire in recent weeks for enacting a policy of forcing COVID-positive senior citizens back into nursing homes, as outgoing Pennsylvania Health Secretary Rachel Levine — President Biden’s pick for Assistant Secretary of Health and Human Services — has faced scrutiny from Republican legislators in her state.