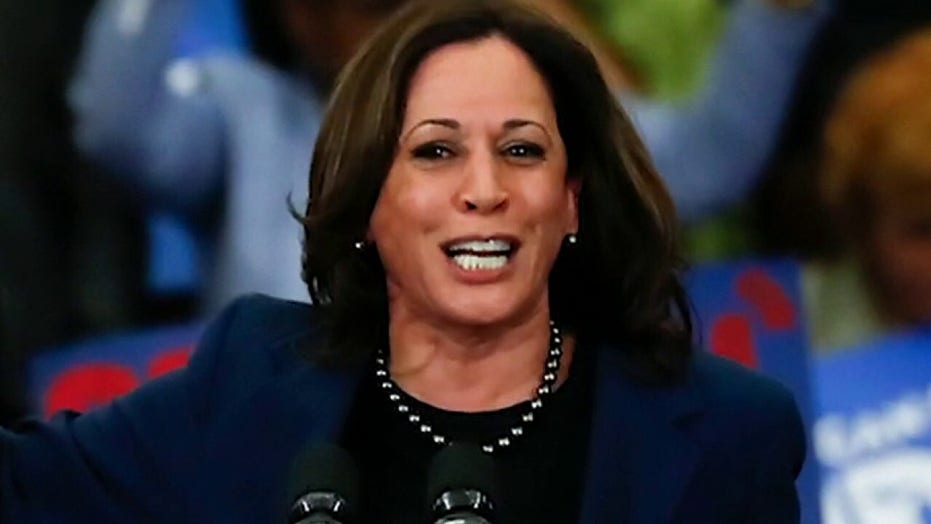 Conservatives react to Joe Biden’s selection of Sen. Kamala Harris to be his running mate, with many of them hitting out at The New York Times for describing Harris as a ‘pragmatic moderate’; Douglas Kennedy reports.

With Sen. Kamala Harris, D-Calif., formally chosen as Joe Biden's running mate, her ties to a high-level official at Twitter have been raising eyebrows.

Nick Pacilio, a senior communications manager at the social media giant, drew attention to himself last week when he publically addressed Twitter's spat with President Trump. The tech giant alleged the president violated its policies by sharing a video of a "Fox & Friends" interview in which he downplayed the risk of children contracting the coronavirus.

"The original Tweet from @TeamTrump is in violation of the Twitter Rules on COVID-19 misinformation, and we've required removal," Pacilio wrote at the time.

However, as Pacilio states in his own Twitter profile, he is a former staffer for Harris.

According to his Linkedin page, Pacilio served as press secretary and deputy press secretary for Harris between 2011 and 2014, during the first part of her tenure as California attorney general. He joined Twitter in November 2014 as a senior communications associate and was later elevated to a manager position. Pacilio does not appear to be involved in Twitter’s enforcement process.

While Pacilio has not publicly commented on the prospects of his former boss becoming the next vice president, he did retweet an article noting how Biden announced Harris as his running mate on Twitter rather than at a formal campaign event.

Brandon Borrman, Twitter's vice president of communications, responded to Pacilio's critics, insisting he has no role regarding those who are punished for tweets that violate policy guidelines.

"Just to make this clear, spokespeople at Twitter don't make enforcement decisions. They aren't involved in the review process. They share the decisions with the public and answer questions," Borrman stated.

During her own presidential run, Harris was outspoken in calling for Twitter to ban Trump from the platform over what she alleged were repeated policy violations, making it a campaign issue during one of the Democratic primary debates.