New York (CNN Business)Facebook on Tuesday announced it is temporarily pausing sales of its Oculus Quest 2 virtual reality headsets and recalling a component in around 4 million of the devices, in cooperation with the US Consumer Product Safety Commission.

The company is voluntarily recalling the “removable foam facial interfaces” for the devices — a piece that sits around a user’s eyes and nose and acts as a cushion between the headset and their face — after more than 5,000 users reported that it caused skin irritation and 45 users needed medical attention, according to the CPSC. The reactions included rashes, swelling, burning, itching and hives, the agency said.
It’s a rare recall for Facebook (FB) — CPSC lists no other recalls for the company. While Facebook is still thought of as primarily a software firm, Oculus headsets are an important part of its effort to popularize virtual reality technology. In addition to headsets, Facebook has spent years refining controllers for VR and pushing content makers to create games and other experiences for it.

“As more people got into VR with Quest 2, we started receiving reports that a very small percentage of Quest 2 customers experienced some skin irritation after using the removable foam facial interface,” Andrew Bosworth, head of Facebook reality labs, said in an open letter to Oculus users Tuesday. 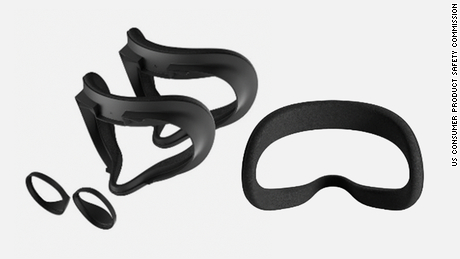 Facebook introduced the Quest 2 headsets, a smaller and cheaper version of its predecessor, in September. The company first said in December in a blog post that a small percentage of users were experiencing skin issues after using the device, and said it would investigate.

In April, the company posted an update saying that its investigation did not show “any contamination or unexpected substances in our manufacturing process,” but that it “identified a few trace substances that are normally present in the manufacturing process which could contribute to skin discomfort, and while these were already at levels below the industry standard, out of an abundance of caution we changed our process to reduce them even further.” 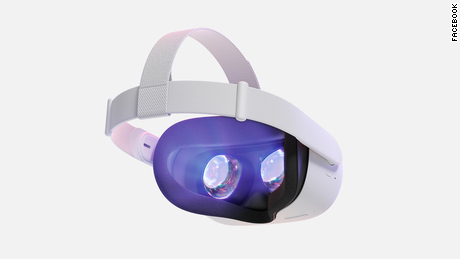 The facial foam inserts are included when customers buy an Oculus Quest 2 headset, which cost between $300 and $400, depending on storage options. The inserts can also be bought individually or as part of a “fit pack.”

Rather than sending anything back to the company, customers can request a free silicone cover that fits over the foam facial interface from Facebook. The company is also temporarily pausing sales of the Quest 2 headsets for several weeks so that it can start including the silicone cover in the box when it ships to customers.
“The team and I are committed to ensuring the quality of our products and the ongoing support and success of our developer community, with your safety and comfort as our top priority,” Bosworth said Tuesday. “The free silicone cover is part of that commitment.”
Source: Read Full Article