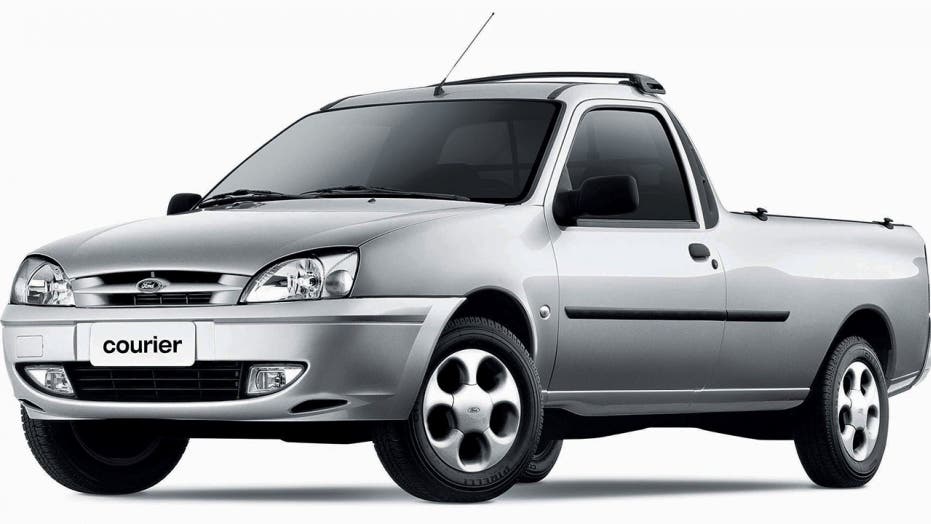 The Maverick has high-tailed it out of the corral.

At least its tailgate has.

Motor1 has published an image of what is purported to be the tailgate of Ford’s upcoming compact pickup, which is expected to revive the Maverick name.

The name, which the automaker recently renewed its trademark on, is clearly stamped into the part, similar to how Ranger is presented on Ford’s midsize truck. The tailgate matches an alleged computer-aided design rendering of one posted by TFL Truck earlier this year.

Ford COO Jim Farley has confirmed a compact model is on the way, but details have not been officially revealed. 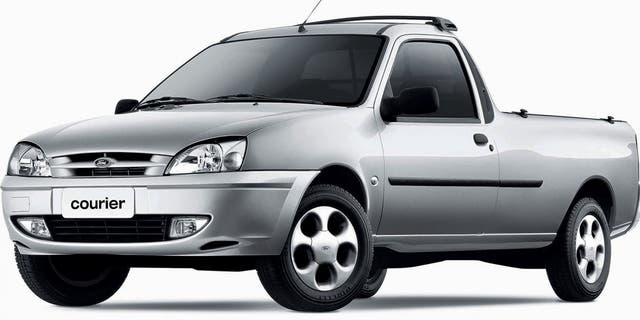 Ford sold the unibody Courier pickup in other countries as recently as 2013.
(Ford)

However, a recent presentation to Bank of America uncovered by Muscle Cars and Trucks featured a “white space” model coming in 2021, which refers to something that’s not currently in Ford’s lineup.

Previous reporting by Automotive News said that the small pickup will be based on the same unibody platform as the new Bronco Sport and will be built alongside it at Ford’s Hermosillo, Mexico, factory.

Aside from Farley’s statement, Ford has not commented on the reports.