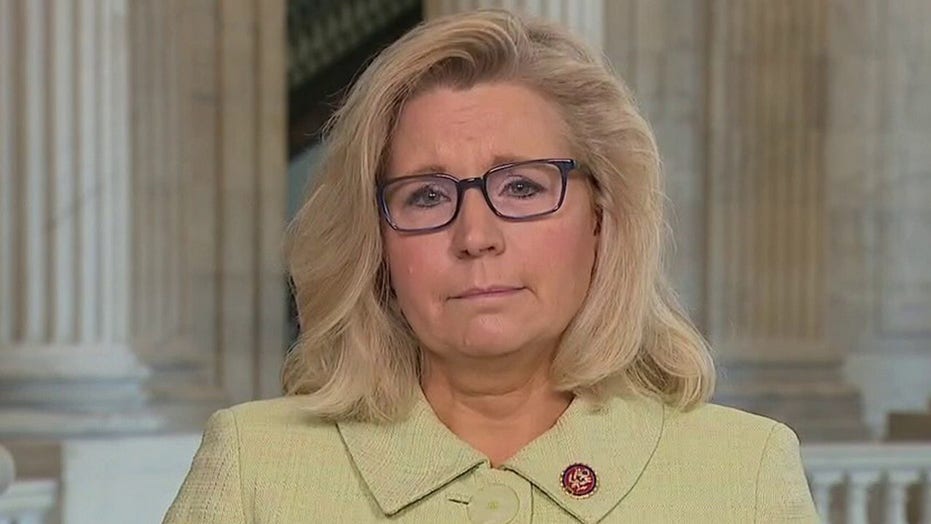 Rep. Liz Cheney responds to Rep. Gaetz’s call for her to resign

House Republican Conference Chair Rep. Liz Cheney tells ‘Fox &amp; Friends’ that Republicans have healthy debates but are unified on the big issues and goal of a President Trump victory in November.

A telltale sign of how things are going for the Republican Party spilled into public view recently on Capitol Hill.

You can usually divine how poorly things are going for one side or the other when they start to eat their own.

Rep. Liz Cheney, R-Wyo., chairwoman of the House Republican Conference, was recently on the bill of fare served up by some of the House’s most conservative members and the Freedom Caucus.

It’s nearly unprecedented in Congress to have members openly attack a senior member of leadership. They usually keep such disputes inside the family. But conservative criticism of Cheney erupted at a GOP Conference meeting last week. Some conservatives accused Cheney of being too deferential to directives from Dr. Anthony Fauci when it came to combating coronavirus. Others challenged Cheney over her opposition to the Trump administration’s decision to withdraw troops from Afghanistan and Germany.

Rep. Thomas Massie, R-Ky., also upbraided Cheney for backing his primary challenger Todd McMurtry last month. President Trump decried Massie as a “third rate Grandstander” on Twitter back in March and implored other GOPers to “throw Massie out of the Republican party.” But before the primary, racist social media posts emerged from McMurtry. Massie prevailed at the ballot box. Cheney told Massie he should talk to the president. But Massie contended his issue was with her, not the chief executive.

After the contentious GOP Conference meeting, Rep. Matt Gaetz, R-Fla., escalated matters on Twitter. He tweeted “Liz Cheney has worked behind the scenes (and now in public) against @realDonaldTrump and his agenda.”

Donald Trump Jr. then piled on. He tweeted “We already have one Mitt Romney. We don’t need another.”

Cheney brushed off criticism from the president’s son.

“Donald Trump Jr. is not a member of the House Republican Conference,” said Cheney. “I take my position very seriously.”

In 2012, the Republican National Committee initiated an “autopsy” to study why the GOP lost the presidential election to President Barack Obama. A resounding theme from that study was that the party lacked connection to minorities. In the era of President Trump, there are indications Republicans struggle to court suburban, professional women.

There are only 13 Republican women in the House. Two are retiring: Reps. Susan Brooks, R-Ind., and Martha Roby, R-Ala.. Cheney is the highest-ranking Republican female. It’s not a good look for the GOP when a faction inside the almost exclusively white male Republican Conference tries to drive out the only woman from her senior leadership position. Republicans need to diversify if they’re going to sustain themselves against a changing seismic demographic shift. 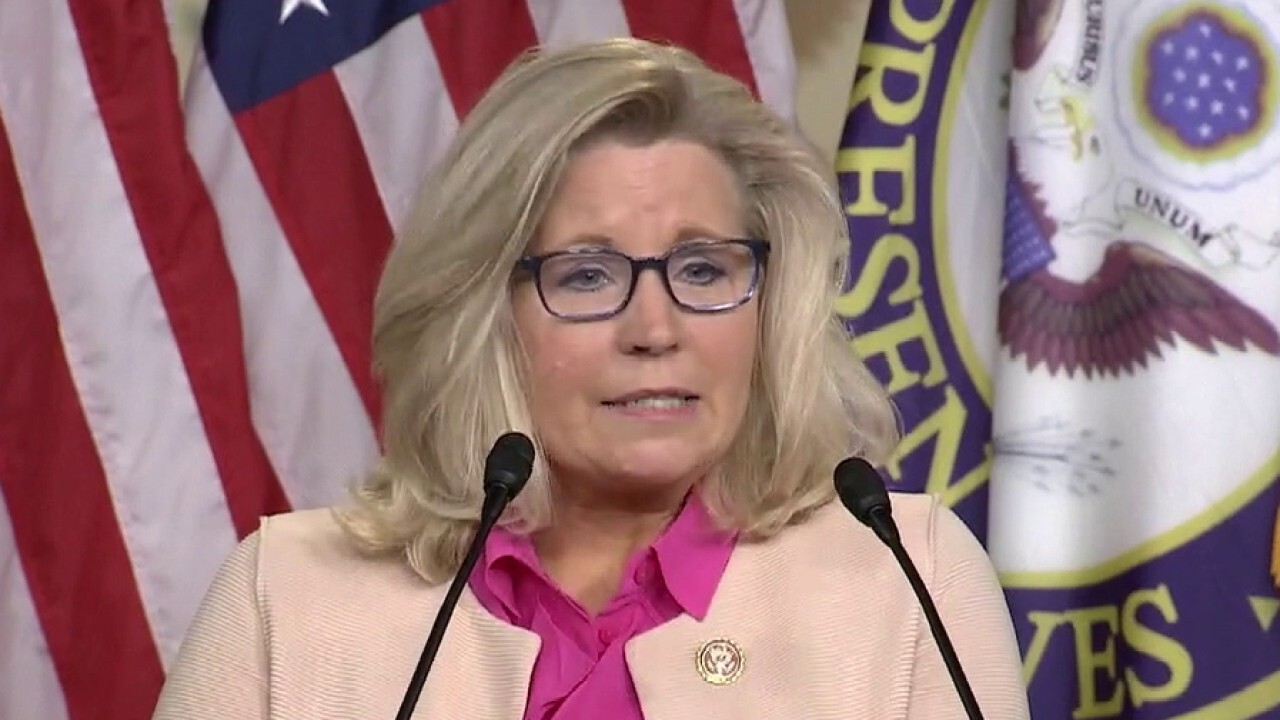 There are varying theories about why the attack on Cheney intensified lately:

“There is a growing sense that we are going to lose this election big and I think they are lining up someone to blame,” said one House Republican who asked to not be identified. “Liz is the sharpest knife in the drawer. Everyone knows it. She is upfront and unwavering in her believes. If Trump loses, Liz will lead the Republican Party out of the wilderness.”

Let’s explore a complex weave of Cheney’s status in the party, her future trajectory and the GOP itself.

Sen. Mike Enzi, R-Wyo., is retiring early next year. Cheney tinkered with running for Enzi’s seat. But the congresswoman ultimately decided to forgo that contest.

“I believe I can have the biggest impact for the people of Wyoming by remaining in leadership in the House of Representatives and working (to) take our Republican majority,” Cheney said in January.

Some analysts believed Cheney’s long-term prospects were better in the House than in the Senate. The argument was that it wasn’t a done deal that Cheney could even secure the GOP nomination for Senate. Former Rep. Cynthia Lummis, R-Wyo., is running and commanded the backing of many conservatives early on. Sen. Rand Paul, R-Ky., supported Lummis for the Senate contest. Paul also joined the fray attacking Cheney last week. Paul has long criticized Cheney and her father, former Vice President Dick Cheney, for what the Kentucky Republican characterized as “endless wars” in Iraq and Afghanistan.

It’s possible Cheney could have faced a bitter primary fight with Lummis. Some Republicans have long argued that Cheney could eventually become House GOP Leader, or, if the party reclaims the majority down the road, speaker. There are other Republicans who will say privately they think Cheney could defeat House Minority Leader Kevin McCarthy, R-Calif., or Minority Whip Steve Scalise, R-La., in a leadership contest. However, one source with a deep understanding of internal House Republican politics dismissed that notion.

That said, there are arguments that Cheney could be well positioned for herself – and the party – should President Trump falter in November.

If you look at the polls, Republicans are staring at the very real possibility of a post-Trump world.

Most House conservatives were initially reluctant to support Mr. Trump when he ran for president in 2016. But after his unexpected victory, many Republicans threw caution to the wind and aligned with the president. They spied the opportunity to repeal and replace ObamaCare, advance a tax reform bill and stock the Supreme Court with conservative justices. McCarthy and Scalise soon rushed to the president’s side. McCarthy earned the moniker “My Kevin” from Mr. Trump. Earlier this year, President Trump asked Scalise to whip against a bill to renew domestic surveillance programs (FISA) which many Republicans previously supported. GOP support for the FISA bill disintegrated in minutes and the measure stalled.

But, if Democrats rout Republicans at the polls this fall, the GOP will do some soul searching. It’s possible there could be a backlash against Republicans who aligned too closely with President Trump. And if President Trump loses, it’s likely the party will have won the popular vote in a presidential contest just once since 1988.

There are sometimes recriminations for party leaders after tsunami elections.

Several Republican sources who asked they not be named believed that House conservatives moved against Cheney in an effort to protect McCarthy and Scalise. Remember, there’s a reason why McCarthy didn’t become House Speaker in 2015 when former Speaker John Boehner, R-Ohio, shocked his colleagues and retired. And much of this sniping at Cheney and her potential future is steeped in the internal fights over leadership posts which dogged Boehner.

Freedom Caucus leader and current White House Chief of Staff Mark Meadows launched an effort to oust Boehner from his post in July 2015. Once Boehner left, McCarthy lacked the votes to become Speaker. Republicans then drafted former House Speaker Paul Ryan, R-Wis., to step into the speaker’s suite. Ryan did so reluctantly after initially saying he wouldn’t make a play for the speakership. In short, Ryan was the only House Republican who commanded enough support from all quarters of the GOP Conference. Otherwise, there would have been blood on the floor.

The same internal Republican squabbles which helped usher Boehner to the door echo in the volleys fired today at Cheney.

Multiple former and current female House members told Fox some of the attacks on Cheney stemmed from sexism from male members. Some even drew comparisons to the attacks on Cheney to the profane, verbal attack launched by Rep. Ted Yoho, R-Fla., against Rep. Alexandria Ocasio-Cortez, D-N.Y.

“We are treated differently,” said one former female House Republican.

There are a lot of explanations for the dissonance over Cheney. But one Republican source had another theory:

“Gaetz and some of those guys,” confided the GOPer. “They are just f—–g crazy.”