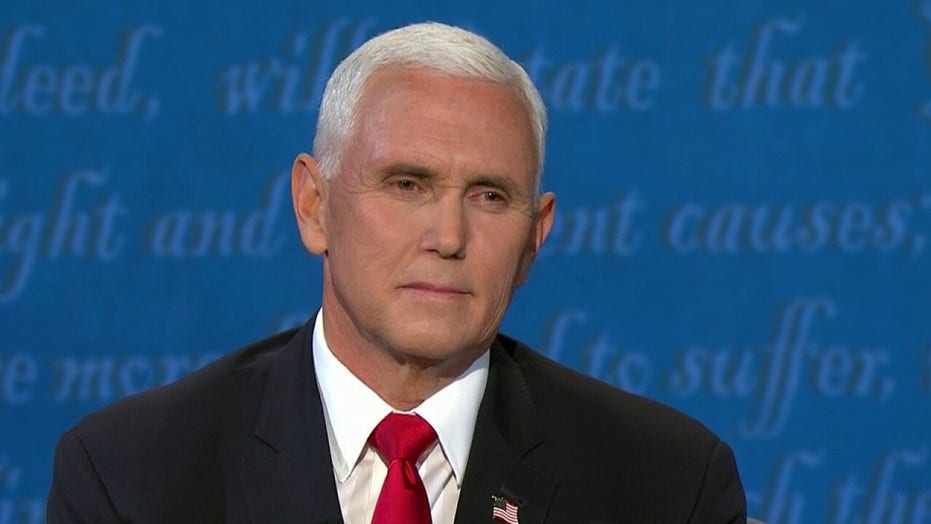 A fly went viral on Wednesday after it landed on Vice President Mike Pence's head during this election's only vice presidential debate.

Users on social media were quick to point out the bug that appeared to have no intention of leaving the vice president's silver hair as he debated his Democratic challenger Sen. Kamala Harris, D-Calif., at the University of Utah in Salt Lake City.

"The Chinese have clearly planted a bug on Pence!" one user wrote.

"Not me swatting my TV before realizing the fly was on Mike Pence’s hair," another said.

"Congratulations to the fly on Mike Pence's head for experiencing more human contact than I have since March," another joked.

Pence didn’t seem to notice the bug that made a cameo more than halfway through the debate and hung around for about two minutes.

Others would later join in on the fun and post their own fly jokes.

Comedian Tim Young wrote: "I'm not saying Mike Pence is killing it tonight… but there's an actual dead fly stuck in his hair."

As the debate was ending, it seemed dozens of people had already created their own Fly on Mike Pence Twitter accounts.

Joe Biden later tweeted, "Pitch in $5 to help this campaign fly," along with the link "flywillvote.com" which redirected to iwillvote.com.

The insect eventually buzzed off.