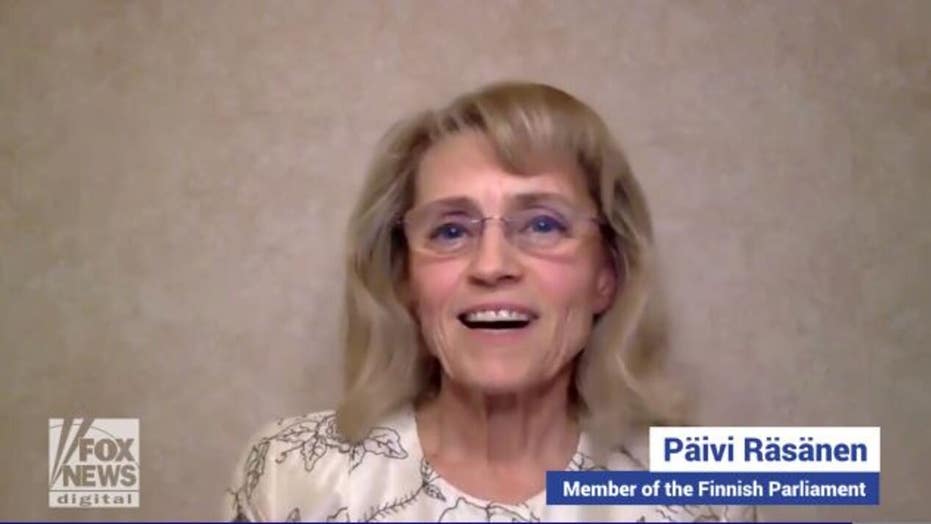 Finnish member of Parliament shares with Fox News Digital how she is on trial for posting verses from the Bible.

Finnish members of Parliament Päivi Räsänen and Lutheran Bishop Juhana Pohjola were in a courtroom Monday facing up to two years in prison. Their crime: expressing religious views.

Räsänen faces three charges of ethnic agitation for a 2004 pamphlet, for taking part in a discussion on a radio show in 2019, and most recently, for tweeting a picture of the Bible.

Bishop Pohjola faces a single charge of ethnic agitation for hosting a pamphlet by Räsänen on his church’s website.

Both Pohjola and Räsänen face prison time if convicted.

“I’m very optimistic to win the case, but I have to say I’ve been very optimistic all the time,” Räsänen said. “I would never have believed that this happens in Finland because we are a democracy with freedom of speech and freedom of religion in our Constitution.”

“It has been very unbelievable … that this process has continued,” she added. “So you never can know what happens.”

When the charges were announced, Finland’s state prosecutor said Ms. Rasanen’s comments were made to cause intolerance, contempt and hatred toward homosexuals.

During the trial, prosecutors read unrelated Bible verses as “bad” speech. This week, Finish prosecutors stated that the Bible should not overrule Finnish law, and that the use of the word “sin” could be harmful.

Räsänen said if she is convicted, it will be “forbidden” to agree with the Bible, adding that the prosecutor compared the Bible to Mein Kampf.

“You are allowed in your mind to agree with the Bible,” she added. “But you can’t state it publicly.”

Räsänen also said that the prosecution in the case has made several false statements about her past, including she “had said homosexual people are inferior to other people, or that God has not even created homosexual people.”

“I have never said something like that,” she said. “My conviction is that all people are equal. God has created all people, and homosexual people are as precious, as valuable as everyone else.”

The case has grabbed the attention of one U.S. lawmaker.

“The absurd, anti-Christian hostility inherent in this case cannot be overstated,” Rep. Chip Roy, R-Texas, and Tony Perkins, president of the Family Research Council, wrote in an op-ed for Fox News.

“Finland is a European liberal democracy that ostensibly promises its citizens basic human rights such as freedom of speech, religion, assembly, equality under the law, property rights, among others,” Roy and Perkins continued. “However, the Finnish government seems to have forgotten these core values, acting more like a woke theocracy as it attempts to punish citizens who dare contradict the secular dogmas of the day.”

Roy and Perkins said this a “reminder of what is to come,” warning that similar cases could come to the United States if religious freedom is not protected.

Räsänen said she is grateful for the support and prayers that she has received form Christians around the world, but that now is the time for Christians to “use their freedoms, to use their right and freedom to speech and religion, because the more we are silent about these issues, the narrower will be the space for the freedom of speech and religion.”

Several senators sent a letter to the U.S. Ambassador for International Religious Freedom Rashad Hussain encouraging him to “condemn [the] unjust prosecutions, and continue to monitor other developments that threaten religious freedom in Finland and Europe.”