Federal regulators quietly shredded the most significant banking reform enacted after the 2008 financial crisis last month. When they were done, they patted banks on the back for continuing to shovel cash to their shareholders.

Not a single Democratic regulatory appointee voted for the measure to strip what was left of the Volcker Rule of its meaning. Congress approved the Volcker Rule in 2010 as part of the Dodd-Frank financial reform package, which was meant to curb excessive risk-taking at the nation’s largest banks by barring them from making speculative bets in securities markets for their own benefit. The rule also forbade banks from holding a financial interest in hedge funds or private equity funds that were involved in such markets.

That principle has been under assault in the decade since. In a concession to Wall Street, the original law allowed big banks to invest up to 3% of their capital in hedge funds and other speculative vehicles and turned the issue over to regulators to hash out the details. The result was nearly 300 pages of loopholes and exemptions.

Last week, regulators at the Federal Deposit Insurance Corp. (FDIC) simply shredded what was left of the statute. Under the new interpretation, bank investments in venture capital funds are wholly exempted from the rule, as are investments in funds that focus on long-term debt investments.

The financial sector heralded these as great victories for small businesses and the American economy.

“We welcome the measured steps taken today by the FDIC, which will allow banks to further support the economy at this challenging time,” wrote American Bankers Association CEO Rob Nichols in a statement. 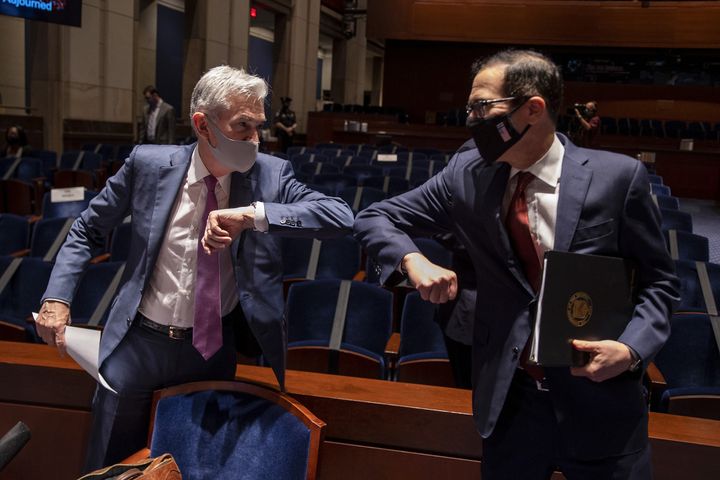 But though the new standards augur better short-term profits for the financial sector, they risk ruin for the broader economy. Venture capital funds back startups, which are notorious for failing. Allowing unlimited bank investments in risky new enterprises is not a good way to guarantee the long-term health of the American payments system or the market in traditional lending that keeps large and small businesses afloat.

But the true outrage is the exemption for long-term debt funds. The reasoning behind this decision was as slippery as it was straightforward. Long-term debt investments are safer than corporate stocks. Debt takes priority over stocks if a bankruptcy should occur, so debt investors will recoup more of their investment in the case of a disaster. So, long-term debt is safer, right?

Of course, it depends on the debt. Let’s say the long-term debt in question is a 30-year mortgage-backed security comprised of subprime mortgages. Is this really safer for banks than buying some stock in Amazon? Ask Lehman Brothers.

So now we have unlimited investments in ridiculous debt securities. And if you think banks can’t figure out some way to use convertible long-term debt to speculate in stocks, I have some oceanfront property to sell you in Arizona.

The Fed’s charade over bank payments to shareholders may be even more insulting. On June 25, Fed Chair Jerome Powell made a big to-do about blocking stock buybacks from big banks. Stock buybacks are a way for companies to funnel money to their shareholders because purchasing outstanding stock elevates the price of the remaining stock.

That’s all very nice, and long overdue. But you know the financial system is in trouble when the Fed unleashes a host of heretofore unheard-of rescue operations ― which the Fed has been doing since March, when the scope of the coronavirus crisis became clear here in the U.S.

Nor are buybacks the only way to flush cash to bank shareholders. The other easy avenue is dividends, a straight cash payment to every shareholder multiplied by the number of shares they own. And last week, while making a show of cracking down on bank excess, Powell greenlighted dividends ― just as long as they don’t get any bigger.

This is reckless. International Monetary Fund Managing Director Kristalina Georgieva could not have been any clearer in her May 22 post titled “Halt Bank Dividends and Buybacks Now.”

The IMF is correct to call for a halt to bank dividends. But the fundamental issue is not financial stability ― it’s social harmony.

Demanding that banks keep more cash on hand to deal with a crisis is prudent, but in a full-on crisis of confidence in the U.S. economy, it will be the number of COVID-19 cases that matter, not the amount of money in bank vaults.

The Fed’s laxity with dividends is outrageous not because of what it means for the future of bank solvency but as a matter of basic democratic equality. While the rest of the country is taking pay cuts or dealing with layoffs, the Fed continues to allow banks to funnel cash straight to shareholders, including many of the richest people in the world.

A society in which the rich get richer as the poor and middle class collapse is not a society that can sustain itself. The Fed and the financial regulators who stripped the Volcker Rule of its meaning are enlisting the country in a two-tiered future: one for the financial elite and another for ordinary citizens of a democracy. They are encouraging banks to take bigger risks as the economy collapses, without taking meaningful precautions. That cannot end well.