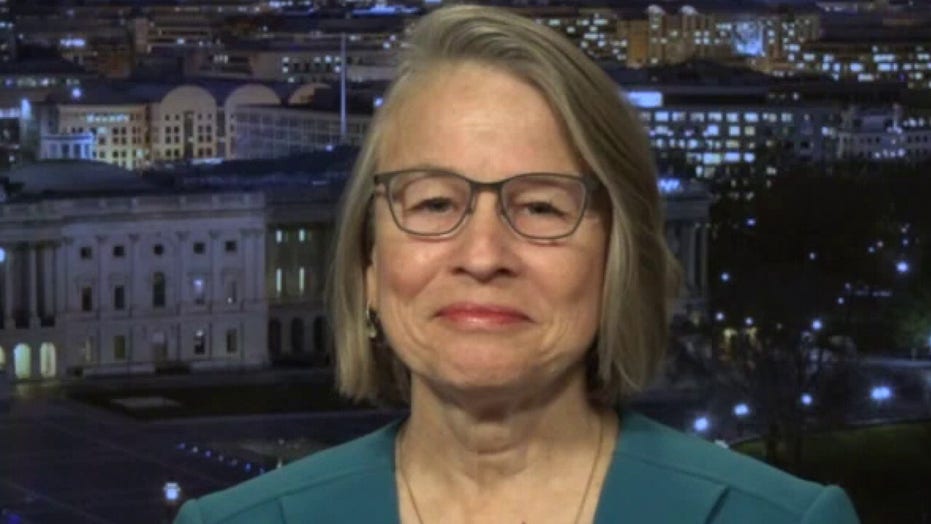 Hart received more than $166,000 in “exempt” mailings from the Iowa Democratic Party in October alone, according to Accuracy in Media President Adam Guillette. The total was more than three times the $51,900 allowance that could only be exceeded if the contributions were the result of volunteer work.

“What they would do is put a campaign sticker on a volunteer and take a picture of them pretending to move pallets and do volunteer work and stuff envelopes and then they would pull that sticker off, put another one on and do the same thing,” Guillette, who filed the complaint, told Fox News.

The Hart campaign did not immediately respond to Fox News' request for comment.

“They did that for three candidates,” Guillette added. “We focused on Greenfield at the time, but Rita Hart was one of the other ones.”

Hart, in the closest race in 36 years, lost to Republican Mariannette Miller-Meeks by six votes in an election where more than 394,400 ballots were cast. Earlier this week she abandoned legal challenges in Iowa in favor of appealing directly to the U.S. House of Representatives amid concerns the Dec. 8 deadline would not give her campaign enough time to review all the ballots.

A notice of contest must be filed within 30 days of Monday’s certification, according to the Federal Contested Election Act. Such a filing would result in a three-person committee hearing the case and then making a recommendation to the full Committee on House Administration. The committee would then make a report that is delivered to the full House where a simple majority vote would decide the outcome.

Hart is a candidate who "appears to have lost the election and is now appealing to Congress to overturn the election,” Guillette said. “Instead, it appears Congress perhaps should be considering an ethics investigation into her.”

The last time the House reversed an election result was in 1985 when a Democrat-controlled House, in a vote along party lines, awarded the seat for Indiana’s 8th District to Democrat Frank McCloskey after the results were certified in favor of Republican Richard McIntyre.