The family of George Floyd met with President Joe Biden at the White House on Tuesday to commemorate Floyd one year after he was murdered by police.

Floyd was killed on May 25, 2020, by Minneapolis police after he was accused of trying to use a counterfeit $20 bill. Officer Derek Chauvin was captured on video kneeling on Floyd’s neck for nearly 10 minutes during Floyd’s arrest, asphyxiating him. The video sparked massive nationwide protests against racist police violence, and Chauvin was found guilty of murder in April.

Floyd’s family, including his 7-year-old daughter, Gianna, gathered at the White House on Tuesday to pay respects to Floyd. Gianna Floyd led the family in saying her father’s name. 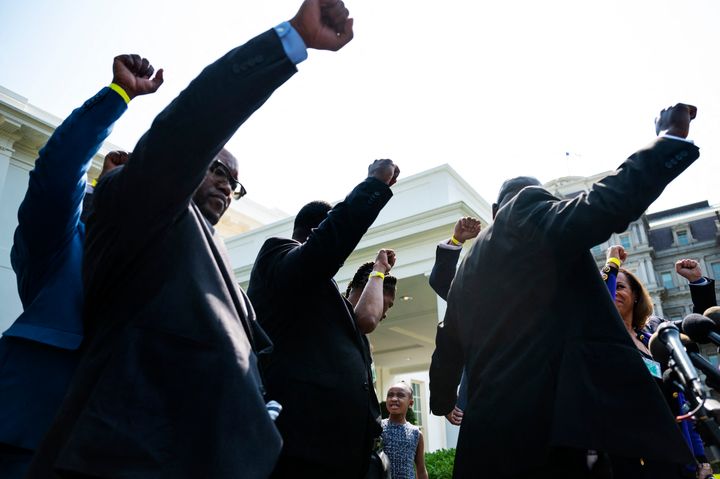 The family also met with Biden and Vice President Kamala Harris to discuss the George Floyd Justice in Policing Act, legislation that would focus on rooting out police bias and misconduct.

“It should be that we all want better policing,” attorney Ben Crump said. “This is an American issue. This isn’t a police issue or a civil rights issue.”

Biden said he “strongly supported the legislation” and hopes to have a bill on his desk “quickly.”

“To deliver real change, we must have accountability when law enforcement officers violate their oaths, and we need to build lasting trust between the vast majority of the men and women who wear the badge honorably and the communities they are sworn to serve and protect,” Biden said.

“Mr. Floyd should be alive today,” Harris said in a statement. “He should be with his family who continue to show courage, grace, and resilience.”