Alexandria Ocasio-Cortez refusing GoFundMe money for abuela, a judge ordering Chicago Mayor Lori Lightfoot to clarify policy that only granted interviews to journalists of color, and MSNBC’s Nicolle Wallace agreeing that not passing Democratic voting bill would be like the ‘fall of the Roman empire’ round out today’s top media headlines

Morgan Kahmann, the former Facebook employee who was fired after leaking the tech giant’s “vaccine hesitancy” censorship efforts to Project Veritas, fundraised over half a million dollars to support his family.

Kahmann, a data center technician who initially came forward anonymously to the right-wing guerilla news outlet, revealed his identity after he was suspended by Facebook for sharing documents explaining “Vaccine Hesitancy Comment Demotion” which shows the “goal” is to “drastically reduce user exposure to vaccine hesitancy.”

Following his ouster, Kahmann launched a viral fundraiser on the crowdsourcing site GiveSendGo, which exceeded $500,000 in contributions on Monday from over 12,000 donors.

“The flood of donations, prayers and distribution of my story in the past weeks has been nothing short of a miracle,” Kahmann wrote in the update on his GiveSendGo page. “There is a silent majority in this country who believe in truth and morality, and they have made themselves heard. My wife and I were uncertain when all this began, we were afraid of where this may take us, and how we could maintain stability for our family. Those worries have been taken care of by like-minded people donating to my fundraiser from around the globe.”

“My family and I now have the resources to secure stability for ourselves, and we look forward to spreading this message of hope and providence. It only takes one person to stand up for what’s right, to set an example for all to see, to inspire others. My message is this; whatever you do in your life, build it upon the solid foundation of God’s truth, and you will not face any trial you can’t overcome,” Kahmann continued. “I am not some special person, I’m nothing but a regular guy from a small town in the USA, and that did not stop me, don’t let it stop you. As for companies like Facebook, their days are limited. Do not relinquish your God-given freedoms to these tech tyrants. Stand up for the truth, no matter the cost, no matter the risk. Be brave. Do something. Our world depends on it.” 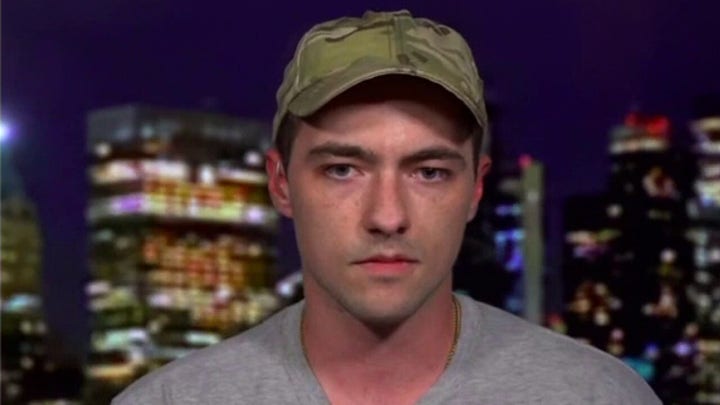 During an interview with Project Veritas founder James O’Keefe, Kahmann said the consequences of Facebook’s actions and the ramifications if such practices are made across tech giants are “way worse than anything that can happen from me getting fired from my job.”

In response to the leaked documents, Facebook told Project Veritas, “We proactively announced this policy on our company blog and also updated our help center with this information.”

Last week, Project Veritas shared leaked footage from an internal Q&A session at Facebook showing Mark Zuckerberg and other top executives discussing the Kahmann’s leak and vowed that other leakers will be found and terminated.