Australia’s medicines regulator has asked a panel of experts to review the risks of intentional misuse of paracetamol, after healthcare professionals raised concerns about the number of deliberate overdoses involving the popular painkiller.

The Therapeutic Goods Administration confirmed this week that it has asked a panel of academics to crunch the numbers on overdosing reports, emergency department presentations and hospital admissions that relate to paracetamol. They will prepare a report that could help the regulator decide whether there needs to be new controls placed on access to the painkillers. 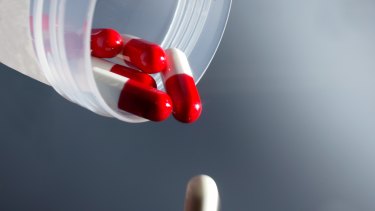 The risks of paracetamol if used incorrectly, are under review. Credit:Fairfax Media

“The TGA is aware of concerns, particularly of families and healthcare professionals of affected consumers of paracetamol, regarding the number of poisonings and deliberate overdoses from paracetamol obtained from general retail outlets, and whether current access restrictions are appropriate,” the regulator said.

“This report is intended to assist the TGA in considering whether any changes to the scheduling of paracetamol, including access or purchasing controls, may be warranted.”

While no formal proposals are currently on the table for tightening the regulation of the drug, local distributors have flagged that one option could be introducing purchasing limits on the number of packets of products like Panadol that can be purchased from supermarkets.

The focus on painkiller-related self harm comes as the world reckons with the mental health challenges posed by the pandemic — a phenomenon that the makers of paracetamol products acknowledge.

“We share the community’s concern over the intentional misuse of medicines and the complex mental health challenges that underlie this behaviour,” said a spokeswoman for GlaxoSmithKline Consumer Healthcare, which sells Panadol in Australia.

GlaxoSmithKline said it does not believe current evidence about the misuse of the paracetamol warrants a complete overhaul of its regulation, but said it would support a limit on how many packs of painkillers consumers can buy at non-pharmacy sites.

“We believe a responsible and balanced measure is to implement a two-pack purchase limit for all single active ingredient oral analgesics, sold outside of the pharmacy, including all online sales in addition to supermarkets and other general retail outlets,” the spokeswoman said.

Consumer Healthcare Products Australia, the group that represents sellers of non-prescription medicines, said it looks forward to contributing to the experts’ report once it is released.

The group said that while paracetamol is safe and effective, “we recognise there are many complex factors involved in intentional misuse of medicines, including those related to mental health, and share the community’s deep concern about this issue”.

The organisation has been working with policymakers on boosting the safety of over-the-counter medicines, and this included conversations about bringing in a two-pack limit for pain relievers in general retail settings.

“If implemented, consumers purchasing over-the-counter pain relievers (paracetamol, ibuprofen and aspirin) from supermarkets, convenience stores and petrol stations would be limited to two packs per transaction,” the group told this masthead.

The number of paracetamol-related hospital admissions is difficult to track in Australia, but a 2019 paper published in the Medical Journal of Australia outlined it is the drug most frequently involved in overdoses in the world.

A group of Australian researchers led by Dr Rose Cairns at the University Sydney found in the study that between 2007–08 and 2016–17, the number of paracetamo-poisoning-related hospital admissions increased by 3.8 per cent a year – a cumulative jump of 44.3 per cent over the decade.

The report from the TGA’s expert review will be published by the regulator in July.

After that, “a public consultation period will commence prior to advice being sought from the Advisory Committee on Medicines Scheduling in the second half of 2022 on any proposal to amend the Poisons Standard in relation to paracetamol,” the TGA said.