(CNN)Uber (UBER) and Lyft (LYFT) could be hours away from shutting down rideshare services in their home state of California amid a heated legal battle over a new law impacting how much of the on-demand economy classifies its workers.

Lyft said Thursday it would suspend service in the state by end of day if an appeals court doesn’t grant its request to delay an order to reclassify its drivers as employees. Uber said earlier this week it would also suspend service by midnight Thursday.
“This is not something we wanted to do, as we know millions of Californians depend on Lyft for daily, essential trips,” Lyft wrote in a blog post on Thursday.

As part of an ongoing lawsuit, a California court last week ordered the companies to reclassify their drivers in the state as employees rather than independent contractors in 10 days.
In response to that court order, which was set to take effect 10 days from when it was announced, both companies warned that they might suspend operations in California. Each coupled those warnings with a push for a referendum in November to exempt them from the law, known as AB-5, if they could not successfully appeal for a longer stay on the order.

While their initial attempt at an appeal to stay the order proved unsuccessful last week, Uber and Lyft have since filed appeals with a California appellate court.
Their decision to move forward with halting service represents a risk for the two companies. Not only will they lose business in a state with an economy that is larger than most countries, but industry watchers say there is no guarantee shutting down service will mobilize as much support from customers as it might have before the pandemic slashed demand for rides. 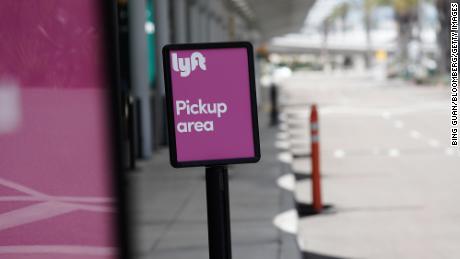 But a reclassification of workers would represent a radical shift forced on the two businesses. Uber and Lyft have both built up massive fleets of drivers by treating them as independent contractors. Making the drivers contractors rather than employees has meant they are not entitled to benefits like minimum wage, overtime pay, workers’ compensation, unemployment insurance and paid sick leave.
Under AB-5, which went into effect January 1, companies must prove workers are free from company control and perform work outside the usual course of the company’s business in order to classify workers as independent contractors rather than employees.
Source: Read Full Article