‘Fox News Sunday’ host Chris Wallace discusses why Harris has not made the trip to the southern border.

Former Department of Homeland Security (DHS) officials under the Trump administration on Tuesday said Vice President Kamala Harris needs to visit the border soon if she is going to succeed in her role as border czar – while accusing her of dodging what has become a “political hot potato” for the administration.

“I’d say the vice president, if she’s actually addressing this issue, needs to do both, needs to go to the border, needs to understand the conditions that are being experienced, needs to understand and talk to the men and women of the Border Patrol, she needs to hear firsthand what they’re experiencing, because it’s all interrelated,” former acting DHS Secretary Chad Wolf said at a press briefing organized by The Heritage Foundation.

Harris was tapped as Biden’s pick to deal with what the White House describes as “root causes” of the crisis, with Biden saying Harris had “agreed to lead our diplomatic effort and work with those nations to accept the returnees, and enhance migration enforcement at their borders – at their borders.”

The White House has since said she will be involved in “high-level diplomatic” work.

“This is diplomatic work that ultimately, over the long term, will address the migration issues we’re seeing. It’s not an assignment to ‘handle the border,’” White House communications director Kate Bedingfield said on MSNBC. “What she’s doing is high-level diplomatic work that is incredibly important to our economic stability in the hemisphere.”

Harris has come under fire for an apparent lack of action on the crisis, including not visiting the border, as the administration faces a historic migration surge – with 172,000 migrants apprehended in March alone.

Wolf said that in order to have those conversations about root causes, Harris must first understand what is going on at the ground.

“You can’t talk to Northern Triangle countries, or to Mexican officials, without understanding the pressures and the situation and atmosphere on the border,” he said. “The two are so linked, you can’t do one without the other.”

Additionally, Wolf said the current situation is confusing DHS staff because it’s unclear who is in charge. Roberta Jacobson, the White House’s coordinator for the Southern Border, is stepping down at the end of the month.

“I can’t tell you how many people I’ve talked to at the Department that have no idea who’s in charge,” Wolf said. “If they don’t know, that’s a problem.”

Ken Cuccinelli, who served as both acting deputy DHS secretary and head of U.S. Citizenship and Immigration Services during the Trump administration, said Harris’ lack of comment and action at the border was a sign of how the border crisis had become politically toxic for the administration. 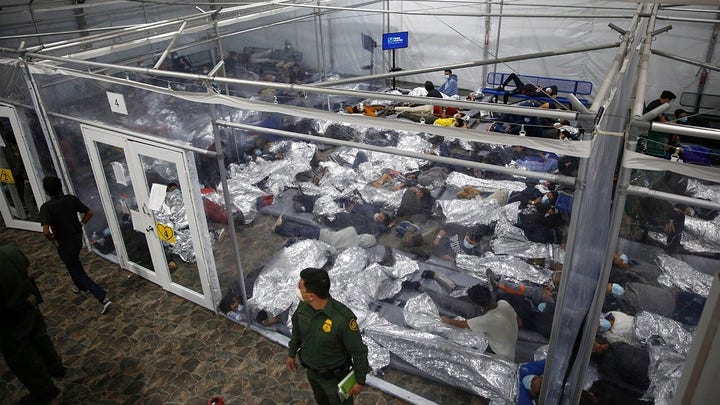 “It’s not even close and that’s a political reality of their own political will that until they face up to it they will not solve this problem,” he added.

Former Customs and Border Protection (CBP) acting Commissioner Mark Morgan suggested it was a good thing that Harris was perhaps not as involved as she could be in the crisis, considering her controversial comments about Immigration and Customs Enforcement (ICE) while still a senator.

“Quite frankly I think if she does do what she should do as anointed border czar, she’s going to make the crisis even worse,” he said.