Three former Netflix software engineers and two close associates were sued by federal regulators for profiting $US3 million ($4.1 million) by trading on confidential information about the company’s subscriber growth.

Sung Mo “Jay” Jun, 49, while employed at Netflix in 2016 and 2017, repeatedly tipped non-public subscriber information to his brother, Joon Mo Jun, and his close friend, Junwoo Chon, who both used it to trade in advance of multiple Netflix earnings announcements, according to a Wednesday complaint from the US Securities and Exchange Commission. After Sung Mo Jun left Netflix in 2017, he obtained the same subscriber growth information from another Netflix insider, Ayden Lee, according to the SEC. 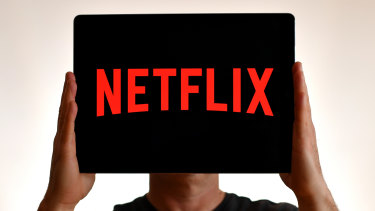 “We allege that a Netflix employee and his close associates engaged in a long-running, multimillion dollar scheme to profit from valuable, misappropriated company information,” said Erin E. Schneider, head of the SEC’s San Francisco office.

Jun, his brother and friend Chon all allegedly used encrypted messaging applications to discuss their trading in an attempt to evade detection. Another former colleague of Jun tipped the insider trading ring of the subscriber growth numbers in July 2019. In all, members of the group traded ahead of 13 Netflix quarter earnings announcements from July 2016 to July 2019, according to the SEC.

Federal prosecutors in Seattle filed criminal securities fraud charges against four of the five defendants named in the SEC complaint. The criminal case was filed in a charging document called an information, which is typically used when defendants have already agreed to plead guilty.

The criminal charges rely on the same conduct alleged in the SEC complaint, alleging the subscriber data gleaned through their work as Netflix software engineers was used to inform trades in the company stock from 2016 to 2019 that netted millions in illicit gains.

An attorney for Sung Mo Jun didn’t respond to a request for comment, while an attorney for Ayden Lee declined to comment. Lawyers for Joon Jun and Chon said in emailed statements that their clients have accepted responsibility for their actions and look forward to putting this matter behind them.