Cade Courtley, owner of Victory Coffees, on leaving show business to form his own patriotic company

Courtley, 52, told Fox News he left Hollywood because he didn’t feel he could express his “true core values” and “love for this country.”

“Look, when there’s an organization in that business where you have to have secret meetings because you’re a conservative,” Courtley said on “Fox & Friends” Wednesday, “that’s kind of screwed up, right?”

The former host explained that while there was plenty of work opportunity in California, he didn’t like who he saw in the mirror and had to make a change.

“You know, the work was fun. I enjoyed it. The paychecks were great,” Courtley said, “I love the work, I hate the business… that’s Hollywood in a nutshell.”

And despite working with “incredibly talented” colleagues, Courtley realized he wasn’t having “fun” and needed something more personally fulfilling. 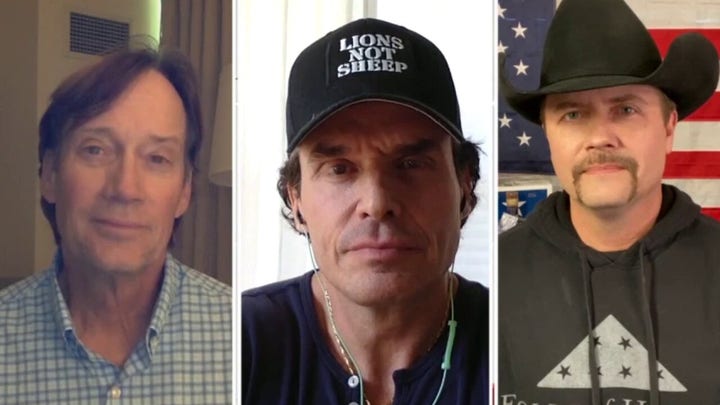 Now, Courtley runs Victory Coffees, which he pitched on the show “Shark Tank” in 2016. It didn’t get a deal but the business is still thriving.

“It was the chance for me to be my own boss according to my own core values,” Courtley said.

Not only does Victory Coffees aim to deliver the best in quality and service, Courtley said, but the company believes in “liberty, freedom and the Constitution of the United States.”

Courtley further shared his thoughts on cancel culture, stating that he’s “really asking Americans to stand up and believe in their opinions.”

“We are unapologetically patriotic,” Courtley said, “And if our core values as a company are disruptive or bother you, we don’t want your business.”