Former FBI Director Louis Freeh has released findings Tuesday of his extensive investigation into public comments made by disgraced Papa John's founder John Schnatter which led to his ousting in 2018.

According to the report, Freeh found Schnatter's comments were "neither intended nor can reasonably be interpreted to reflect any racial bias, prejudice, or disrespect for African Americans or people of color."

Freeh adds that his firm's background investigation of Schnatter, which looked into the personal experiences and reputation he currently has with prominent African Americans and other people of color, "completely validates and corroborates the separate finding that Mr. Schnatter had no prejudicial intent or racial animus when he made the public comments at issue." 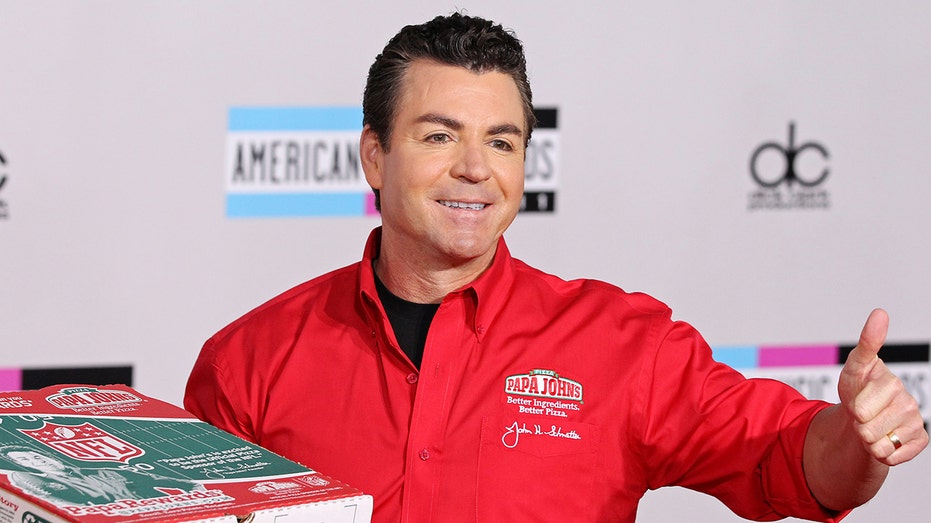 The investigation reviewed the transcript of the company's third-quarter earnings call on Nov. 1, 2017, in which Schnatter made comments about the NFL players' national anthem protests against police brutality.

“The NFL is hurting, and more importantly by not resolving the current debacle to the player and owner’s satisfaction, NFL leadership has hurt Papa John’s shareholders," Schnatter said at the time, according to the report.

"The NFL has been a long and valued partner over the years, but we are certainly disappointed that the NFL leadership did not resolve the ongoing situation to the satisfaction of all parties long ago," Schnatter continued, "This should have been nipped in the bud a year and a half ago. Like many sponsors, we are in contact with NFL, and once the issue’s resolved between the players and the owners, we are optimistic that the NFL’s best years are ahead. For good or bad, leadership starts at the top, and this is an example of poor leadership.”

Freeh said Schnatter was "wrongly accused of taking a stand against the players’ decision to kneel in protest" by media organizations and social media. He argues that, contrary to the "clearly inaccurate reporting" from media outlets, Schnatter "never took issue with the players’ protest, and in fact never even mentioned the players or their race as part of the problem."

"Rather, he said the problem fell squarely in the lap of “NFL leadership,” Freeh added.

In addition, Freeh reviewed the transcript of a phone conference between Schnatter and Papa Johns' ad firm, Laundry Service, which reportedly was initiated to develop ideas to help Schnatter "engage the media in a more positive manner" following reports of his initial comments which Freeh says were  "wildly…out of context."

However, once the call began, Schnatter was reportedly informed that the focus would be on "diversity training" that included “role-playing exercises” to foster a discussion of race and diversity. He was then reportedly asked to provide examples, thoughts, and ideas on the topic, in order to counter prior reporting by the media that certain statements had been racially insensitive.

As the call was winding down, Schnatter said "what bothers me is Colonel Sanders called blacks, n—–s. I’m like, I never used that word. And they get away with it. And we use the word “debacle” and we get framed in the same genre."

Freeh claims that the transcript of the call shows that Schnatter did not mean to use the word as a racial slur.

"Simply put, at no time on the phone conference did he call anyone the n-word. At no time on the call did he ever use language that insulted or disparaged any race or ethnicity," Freeh said. "The comments were not made in the context as to be prejudicial, but rather to demonstrate his opposition to racism and frustration with his attitude toward race being so misconstrued during the controversy of his comments on the NFL."

In a statement Tuesday, Schnatter said that Freeh's report "coincides with what I have said all along – that my comments in May 2018, which clearly reflected my total disdain for racism, were reversed and mischaracterized by the media to damage my reputation and harm the company I founded, built, and love."

He added that it "sets the record straight about the media attacks that delivered tremendous economic harm to the franchisees and employees of Papa John's" and shows that the company's leadership failed to protect him as "the founder and face of the brand."

Schnatter also warned that there is "a lot more of the story to come" in the near future about the company's "motives and ill intent," calling his ousting a "malicious set-up" perpetrated by Laundry Service executives and "actively supported by certain board members of Papa John's International."

Overall, Freeh argues that facts and fairness were "drowned out by the more sensationalized mischaracterization in the mainstream and social media."

"These interviews and testimonies confirm the only reasonable conclusion which a fair person can make after reading the statements at issue by Mr. Schnatter — that he did not intend or harbor any racial bias or prejudice against anyone when those statements are heard in the context made," Freeh said. "The disparity between those comments, and the distorted way some media have characterized and misstated them, makes it clear that Mr. Schnatter has been unfairly treated, with his good reputation for treating everyone without prejudice unjustly challenged."