At a news conference Thursday, the president of the European Commission said its member nations plan to impose their "strongest" and "harshest" economic sanctions against Russia following its invasion of Ukraine.

"We will present a package of massive and targeted sanctions to European leaders for approval," commission leader Ursula van der Leyen announced in Brussels, according to The Associated Press.

The proposed sanctions will be aimed at blocking Russian access to technologies and markets that could help boost its economy and preventing Russian banks from accessing Europe’s financial marlets, Von der Leyen said.

If approved, the measures "will weaken Russia’s economic base and its capacity to modernize. And in addition, we will freeze Russian assets in the European Union and stop the access of Russian banks to European financial financial markets."

The European Union would be acting in concert with the United States, Canada, Britain, Japan and Australia against Russia, she added, the AP reported. 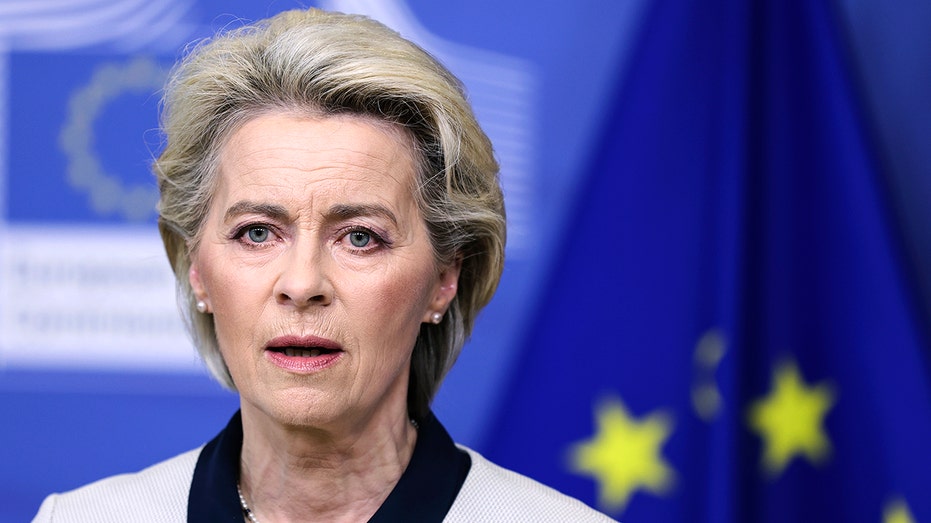 Van der Leyen was joined at the news conference by Josep Borrell, foreign policy chief for the European Union.

"A major nuclear power has attacked a neighbor country and is threatening reprisals of any other states that may come to the rescue," Borrell told reporters, according to the AP. "This is not only the greatest violation of international law, it’s a violation of the basic principles of human co-existence. It’s costing many lives with unknown consequences ahead of us. The European Union will respond in the strongest possible terms."

In Germany, Chancellor Olaf Scholz called Russia’s attack "a terrible day for Ukraine and a dark day for Europe" and "a blatant violation of international law. It cannot be justified by anything."