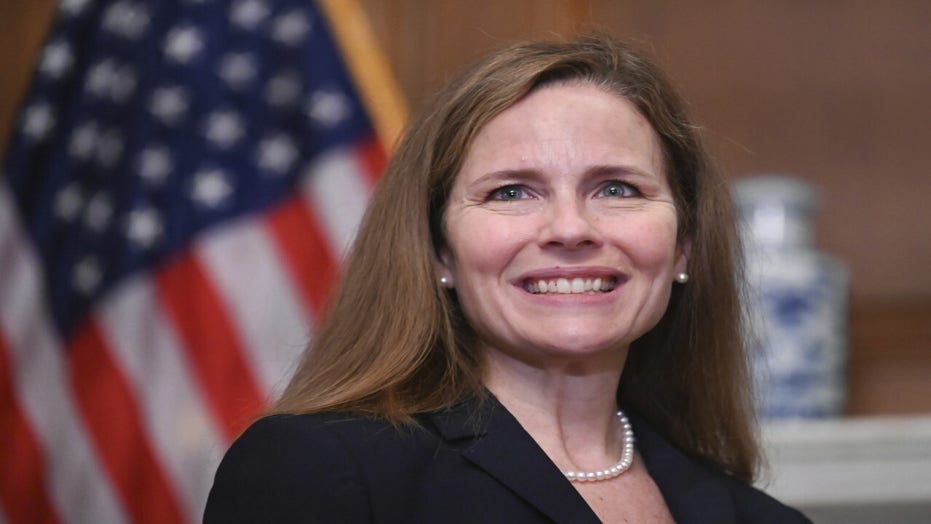 The very first question of the debate between President Trump and former Vice President Joe Biden concerned the nomination of Judge Amy Coney Barrett to replace Justice Ruth Bader Ginsburg on the Supreme Court. If there’s one thing the already-pitched political battle establishes, it’s the imperial nature of our judiciary.

Even before Justice Ginsburg had been laid to rest, and prior to knowing the identity of the nominee, the Women’s March pledged vehemently to oppose any woman – no matter how qualified and regardless of her views. And the speaker of the House proposed all sorts of shenanigans to prevent the president from fulfilling his constitutional role of nominating Supreme Court justices – from packing the court to holding sham impeachment proceedings.

Meanwhile, those on the left have leveled vicious personal attacks on Judge Barrett for everything from the sincerity of her religious beliefs, to her family’s adoption of two children from Haiti, to (of all things) her ability to be both a successful working woman and loving mother.

Confirmation hearings were not always so contentious. Indeed, the Senate approved all of President George Washington’s nominees by voice vote just two days after their nominations. And one of those nominees turned down the job. But the Supreme Court held a much more boring place in American democracy at the time of our founding.

In the Federalist Papers, Alexander Hamilton commended the judiciary as the “least dangerous branch.” Responding to concerns that the Supreme Court might usurp powers that properly belong with the legislature or the people, Hamilton argued that there was zero danger of the court becoming imperial, and that the judiciary was destined to become the “weakest” of the three branches.

How times have changed. Just last term, the Supreme Court issued major decisions on everything from abortion and immigration to religious liberty and the validity of presidential subpoenas. A majority of the nine justices decided that the executive branch may not ask a citizenship question on the census, can exempt religious organizations from the contraceptive mandate, and failed lawfully to revoke DACA’s protection for Dreamers. It rewrote the Civil Rights Act of 1964 to prohibit discrimination based on sexual orientation and gender identity. And it held that a state may not require abortion doctors to hold admitting privileges at a hospital.

On all of these questions, it was five elite, unelected members of the judiciary – not the people’s elected representatives – who had the power to decide how to handle such policy questions. Given this reality, it’s no surprise that Hamilton’s description of the court as the “least dangerous” branch is now cited only ironically.

Given the current power of the federal judiciary, American voters are right to focus on nominations to the Supreme Court.

The American public knows how powerful today’s Supreme Court is. Indeed, for the first time, a large number of 2016 presidential voters identified Supreme Court nominations as the deciding factor in their vote. According to Pew Research, 65% of those polled before the election stated that Supreme Court appointments would be “a very important factor” in determining their vote. Exit polling showed that the Supreme Court swayed the election – a majority of voters who believed the court to be the most important consideration voted for Trump. And according to the Washington Post, a full quarter of Trump voters told pollsters that the president’s ability to nominate Supreme Court justices motivated their vote.

The Biden campaign has fully bought into the idea of an imperial Supreme Court. During the debate, Biden refused to condemn court-packing sending a clear message: if the Democrats get power, they would consider packing the Supreme Court to get the results they want. Further, many of the issues facing our country, everything from the constitutionality of the Affordable Care Act, to preexisting conditions coverage, climate change, environmental regulation, the COVID-19 response, and racial justice, will end up being decided by the U.S. Supreme Court.

The problem with this view of the Supreme Court is obvious: it turns the idea of self-government on its head.

Our forefathers fought for the right of ordinary citizens to participate in government, to have a voice in the direction of the country. These rights are illusory if each and every one of the “existential issues” facing our country ultimately is decided by unelected and unaccountable judges.

The threat to American democracy posed by the Supreme Court is exacerbated by the ever-expanding influence of the administrative state. Expert administrators – and not elected officials – increasingly make decisions about every aspect of American life. From dictating when a farmer may plow her field, to what sort of insurance an employer must offer, to what kind of car we are allowed to drive, it is administrative experts and not elected officials who decide.

The progressives who championed the creation of administrative agencies believed that bureaucratic experts were best suited to solve the problems of the day and purposefully sought to insulate government administrators from electoral accountability. Couple rule by an administrative agency with judicial supremacy and you get a form of government that is less and less responsive to the will of the people.

Given the current power of the federal judiciary, American voters are right to focus on nominations to the Supreme Court. They are also right to insist that their elected representatives make good on their promises to appoint pro-Constitution judges who will respect the rule of law.

But as the political battle looms over Justice Ginsburg’s replacement, we also need to remind our elected representatives of a forgotten line from Federalist 78 – that “the power of the people” is supposed to be “superior” to the judicial power.