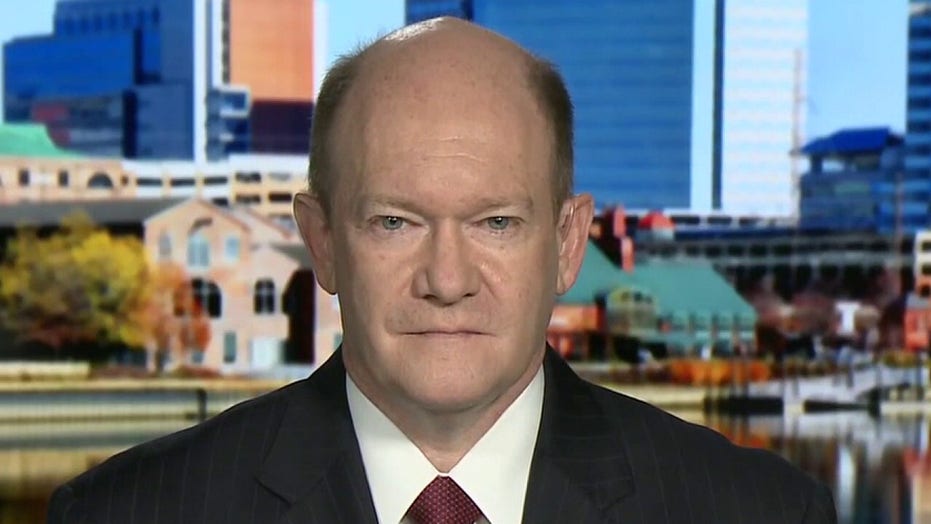 Democratic senator provides insight into how they will try to keep Judge Amy Coney Barrett off the Supreme Court.

In just a few weeks, American voters will cast the last ballots of the 2020 election. And while that seems like such a short time from now, it’s a lifetime in the era of Trump, where we move from scandal to scandal with every tweet and inconceivable new revelation.

Only weeks ago, we lost an icon in Justice Ruth Bader Ginsburg, a woman who spent her life fighting to protect women’s rights, voting rights, civil rights, LGBTQ+ rights, and so much more.

Hours after the announcement of her passing, we witnessed the hypocrisy of Senate Republicans as they stated their intent to fill her seat. Although only four years ago, when Justice Antonin Scalia passed away, they argued that with a presidential election on the horizon, the people should decide who should nominate the next Supreme Court justice.

When Scalia’s seat became open, we were nine months away from the election and almost a year away from the start of a new presidential administration.

And now, with all that is going on in our country including, but not limited to, a president who has COVID-19, seven million Americans infected, more than 210,000 lives lost, and 30 million unemployed Americans facing an uphill economic and health care crisis, Senate Republicans insist on nominating and confirming a new Supreme Court justice.

That’s despite the fact that a majority of Americans polled believe this seat should be decided by the winner of the election – an election in which more than five million people, including me, have already cast their ballots.

One thing is crystal clear. This is not the right time to continue an already rushed nomination and possible confirmation of a new Supreme Court justice. Americans, especially women, have too much to lose if Judge Amy Coney Barrett is confirmed. And Senate Republicans need to respect the wishes of Justice Ginsburg and the American people to have whoever wins this election make the nomination.

There is a great deal on the chopping block if Barrett is confirmed to the Supreme Court. Although President Trump and Senate Republicans are trying hard not to admit it, Barrett has made it clear that she opposes Roe v. Wade, a decision made more than 40 years ago and of which 70 percent of Americans agree.

Are we ready for more than 40 years of progress to be undone?

If Roe is overturned, depending on where one lives, one of the most important decisions of a woman’s life could be decided not by her and her doctor, but by politicians.

Health care is also on the line. In the midst of a global pandemic, the Affordable Care Act could be abolished. That would mean millions of Americans losing their health coverage, ending protections for people with pre-existing conditions and overturning rules allowing young people to stay on their parents’ insurance.

Is this what we as Americans want from the highest court in the land? Are we ready for more than 40 years of progress to be undone?

We know what Ruth Bader Ginsburg stood for, and what she wanted. "My most fervent wish is that I will not be replaced until a new president is installed," she said in a statement dictated to her granddaughter, Clara Spera, according to NPR.

For everything Justice Ginsburg has done to help our country make good on its promises, no matter race or gender, we as Americans owe her the respect of honoring her wish. When she made that statement, Justice Ginsburg was thinking of us – every woman and every person who has been kept out of the halls of power.

Justice Ginsburg said, “women belong in all of the places where decisions are made.” I often think about how this served as a guiding principle in her life and work.

And right now, as you read these words, Americans, millions of them women, have already made a decision at the ballot box.

Some Senate Republicans have argued that elections have consequences and picking a Supreme Court justice is just one of them.  But going back on your word and against the will of the people will have its own consequence.

EMILY’s List has endorsed five pro-choice Democratic women Senate candidates who can flip the senate. These candidates – Sara Gideon of Maine, Theresa Greenfield of Iowa, Paulette Jordan of Idaho, Barbara Bollier of Kansas, and MJ Hegar of Texas – will fight to uphold the will of the people and not the personal ambitions of a few.

Yes, the confirmation of Amy Coney Barrett is a threat to what we’ve worked so hard to achieve and it will be an uphill battle, but if Democrats flip the Senate on Nov. 3, what could result is the opportunity to see the highest court in the land reflect the views and values of our nation.