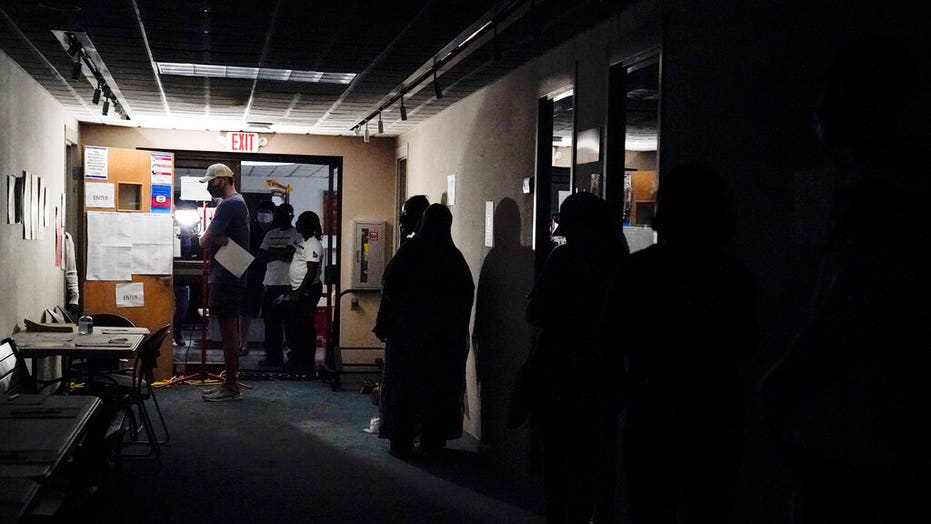 Janice Dean has your FoxCast.

With Zeta downgraded to a post-tropical cyclone but still racing up the East Coast with powerful winds and rain, the weather could impact early voting in several states.

There were more than 2.6 million people without power in the storm’s wake from Louisiana through Mississippi, Alabama, Georgia and the Carolinas as of Thursday afternoon, and it still was churning toward southeastern Virginia. At least six people have died in storm-related incidents.

A number of voting places in the storm’s path were affected, and full power restoration is not expected for days. 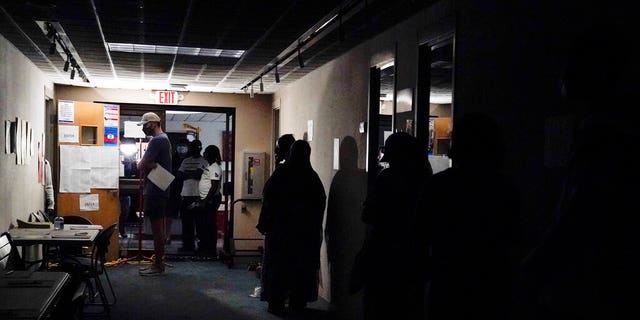 A line of voters forms during early voting at the Dunwoody Library after Hurricane Zeta knocked out power in the surrounding areas on Oct. 29, 2020, in Dunwoody, Ga. (AP Photo/Brynn Anderson)

In Douglas County, just west of Atlanta, county spokesman Rick Martin announced Thursday afternoon that all of the county’s early voting sites were closed temporarily due to storm damage. 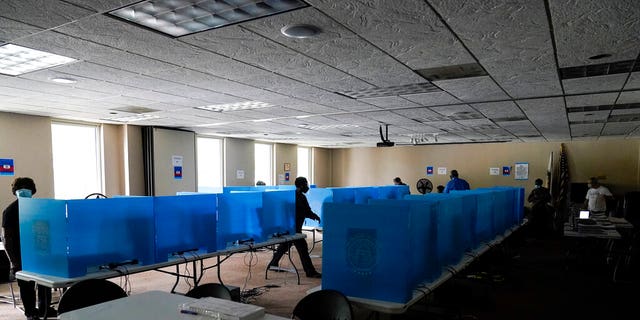 Poll workers walk through dark voting booths during early voting at the Dunwoody Library after Hurricane Zeta knocked out power in the surrounding areas on Oct. 29, in Dunwoody, Ga.<br>
(AP Photo/Brynn Anderson)

“The Elections and Voter Registration Department of Douglas County is feverishly working to reopen them,” he said, adding that in addition to making sure polling sites could reopen, officials also had to ensure elections workers could safely reach them.

And officials in three counties in the Florida Panhandle cut early voting hours this week in anticipation of the storm, Politico reported.

Louisiana Gov. John Bel Edwards said Wednesday that authorities would prioritize polling sites in the state as crews worked to restore power outages, although early voting has already ended there. The Democratic governor also said he was working with the Republican secretary of state to work out whether any polling places needed to be moved on Election Day.

Heavy rainfall is forecast to continue through the day from portions of the Ohio Valley into the central Appalachian and mid-Atlantic regions, according to the National Weather Service. That carries the risk of flooding.

The fast-moving Zeta encountered and Arctic cold front Thursday morning that had also brought ice storms and chilly weather across parts of Oklahoma and Texas.

And measurable snow is expected to reach the interior Northeast in time for Halloween on Saturday.

Much of the rest of the country has a calmer forecast for trick-or-treaters.