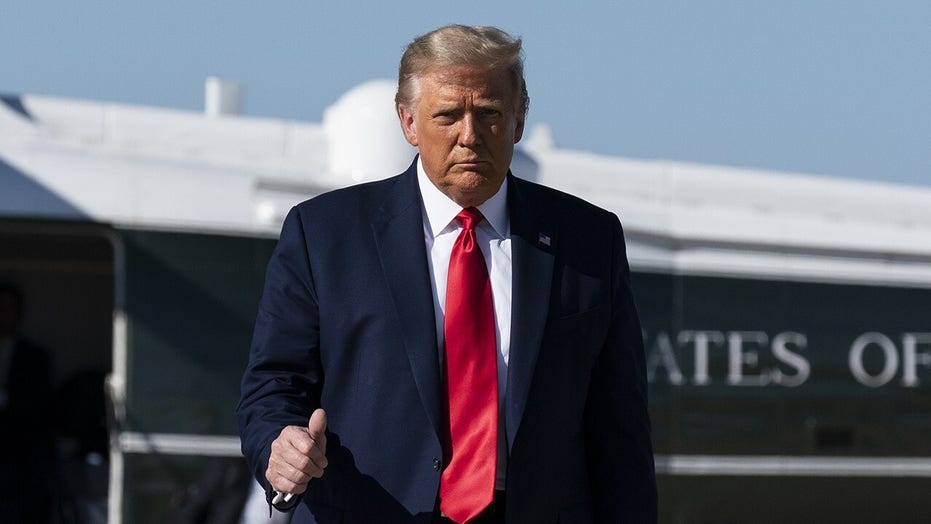 Fox News contributor Gianno Caldwell provides insight into the role of the ‘secret’ Trump voter in the 2020 race.

President Trump will hold two campaign rallies in the battleground state of Arizona on Wednesday as his Democratic rival Joe Biden, back in his home state of Delaware, hears a briefing from public health officials on the coronavirus pandemic with just six days left until the election.

Following the virtual briefing, the Democratic presidential nominee will deliver a speech near his Wilmington home on his plans to combat COVID-19, lower health care costs and protect Americans with pre-existing conditions, his campaign said.

An average of polls by RealClearPolitics shows Biden with a comfortable 7.1 percentage point lead nationally, but the race is much tighter in the key battleground states candidates need to win to reach 270 electoral votes.

So far, more than 71 million Americans have cast early in-person and mail-in ballots, according to data compiled by the U.S. Elections Project at the University of Florida. That's more than half of the overall turnout in 2016.

Biden's campaign pledged last week that he was "going to campaign aggressively" in the final 11 days before the election, but since the second and final debate on Thursday night, the candidate has ventured out of Delaware just a handful of times. On Saturday and Monday, he campaigned in Pennsylvania, and on Tuesday, Biden traveled to Georgia.

The Trump campaign has frequently taken aim at Biden for his lack of campaign events  — Trump has dubbed his Democratic opponent "basement Joe"  — and reiterated that criticism Monday.

“He doesn’t leave his basement,” the president told reporters on Monday. “He’s a pathetic candidate.”

Biden has defended his campaign approach, saying he regularly works 12-hour days even if there are no public appearances on the schedule. He also noted that in the coming week he'll make campaign stops in Wisconsin, Florida and Iowa.

“The reason it looks like we’re not traveling — we’re not putting on superspreaders,” Biden told reporters. “We are doing what we’re doing here. Everyone is wearing a mask and trying the best they can to be socially distanced. … It’s important to be responsible.”

Trump often holds more than one campaign rally per day and frequently visits more than one state on his whirlwind campaign tour of the country. The president, who stayed overnight in Las Vegas, will leave Nevada in the morning for a campaign rally in Bullhead City, Ariz., a small city tucked in the state's northwestern corridor.

From there, Trump is slated to head to Goodyear, which is located just outside of Phoenix, the state's biggest city.

Arizona has emerged as a surprise battleground in 2020 after Trump won it by 3.5 percentage points in 2016. But an aggregate of polls by RealClearPolitics shows Biden with a 2.4 percentage point lead.

The state has not voted to elect a Democrat as president since 1996, when incumbent President Bill Clinton beat Republican challenger and former Senate Majority Leader Bob Dole.

Democrats are also making a play in the state: Biden's running mate, California Sen. Kamala Harris, was in Nevada on Tuesday night and will travel to Arizona on Wednesday. Nevada has not voted to elect a Republican as president since 2004, but the Trump campaign believes the state could be in play.

“A path to the White House runs right through this field,” Harris during an event in Las Vegas.